If you watched Superheroes Decoded on History last night, you may have learned that George R.R Martin wrote a letter to Marvel that spurred his writing career. We all know George as the man behind Game of Thrones but his career actually started when Martin started selling science fiction professionally in 1970, at age 21.

Marvel Comics had a regular feature where fans could write in and their letters along with comic creator responses would be published. This inspired Martin to write his own letter to Marvel after reading a Fantastic Four comic. 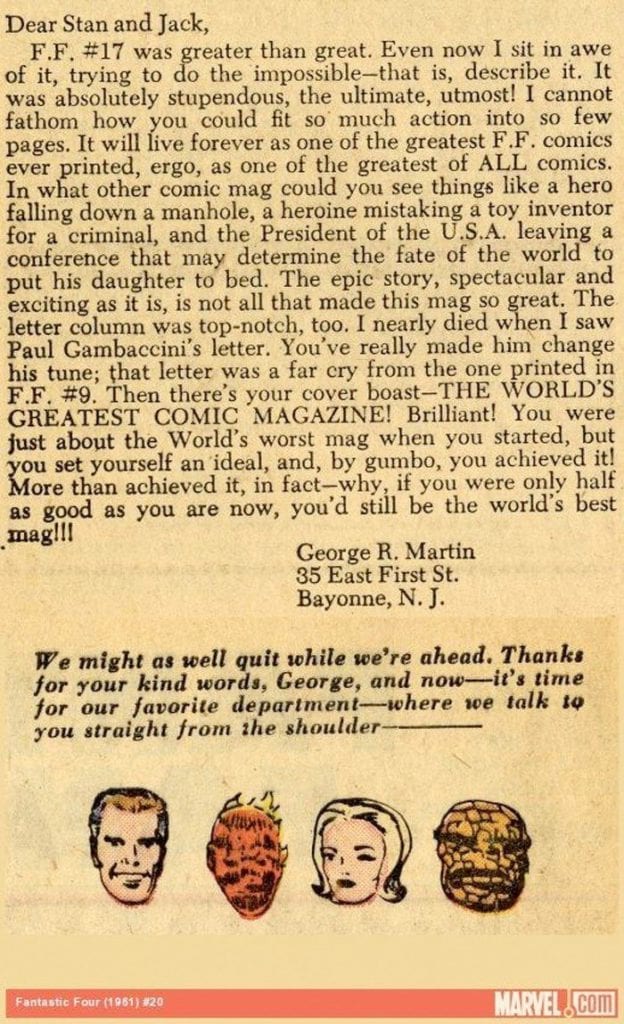 The letter showed that Martin was inspired by the comic he read, and he also – candidly – told the creators that when they started off…well…they weren’t his favorite comic books. In fact, he used the words ‘World’s Worst Mag’. The creators enjoyed his letter and their reply is above in smaller and bolder print; as a comic book fan – we’re sure that meant the world to Martin.

Another thing that came from his letter(s) to Marvel were ‘fanzines’ that inspired him to write his own content. He also said that he began receiving letters from other comic book fans as the address of the letter-writer was displayed in the Marvel comics. Had these things not happened the way that they did – we may never have been introduced to the brilliance that is George R.R Martin.