Last night, Ralph Macchio revealed on Jimmy Kimmel Live what he considers to be the worst ideas he’s ever been offered, with the highlight a Rocky and Karate Kid crossover feature…. And we hope that Macchio would reconsider.

Macchio claimed that he was hesitant to return to the franchise because the ideas were so awful that they risked sullying the reputation of Karate Kid if implemented.

Macchio added some context, claiming that one of the stories involved Miyagi returning as a ghost, and being instructed to sand the floor in the middle of the night might be quite a frightening experience.

However, he also mentioned an idea that was pitched to him while he and John G. Avildsen were having lunch. Avildsen directed the original Rocky (for which he won the Academy Award) and also the first three Karate Kid films, so it’s likely that their meeting was specifically for this pitch. 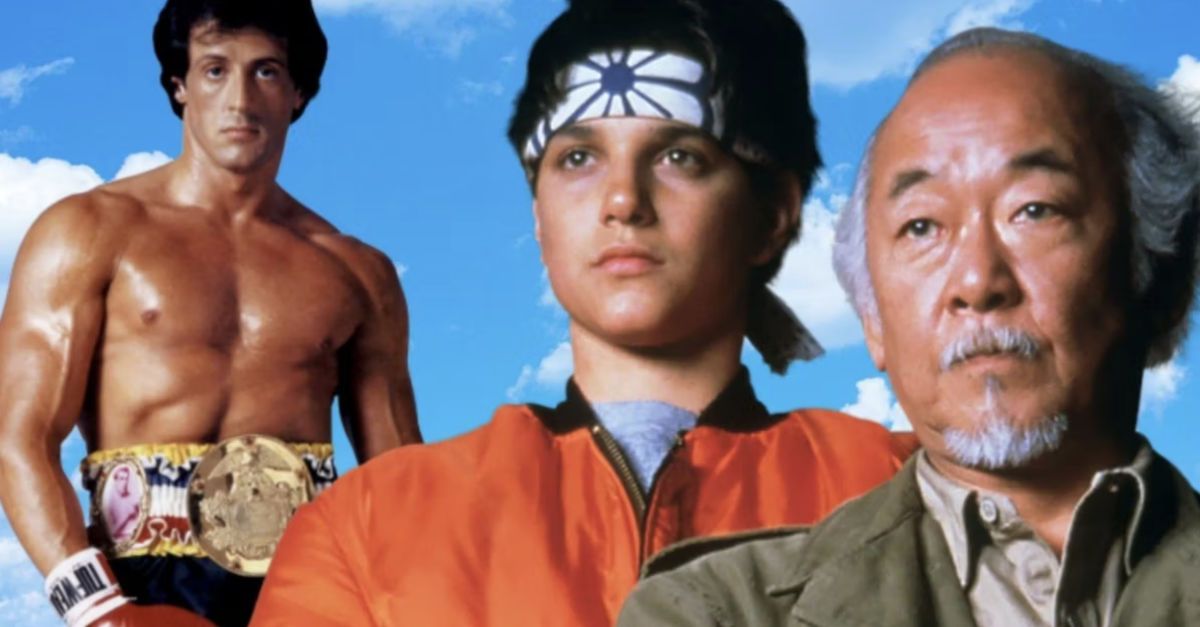 Macchio explained to Kimmel that the two writers started their pitch by asking, ‘What if Rocky Balboa had a kid and you had a kid?”

Avildsen must’ve begun laughing, or at least tried to hold it in, though the writers went on to explain, “Mickey and Miyagi would come together and it’s this whole mixed martial arts thing!”

So, what if this actually happened? It would pit two iconic fighting characters against each other while their iconic trainers would enlighten us all with endless lines of inspiration. I wouldn’t mind seeing the Karate Kid’s kid chasing a chicken or Rocky Jr. painting the fence as the trainers switch fighters or prepare them to work together to fight a common enemy.

We would see the Karate Kid “eat lightning and crap thunder,” while Rocky waxes the car and catches flies with his chopsticks to the tune of Eye of the Tiger. Maybe Rocky could learn to chase and catch chickens with chopsticks? The possibilities are endless. Together, they can take on Cobra Kai where Clubber Lang’s kid takes classes. I mean, do you really think Hawk’s mohawk wasn’t inspired by Clubber Lang’s kid? They could even call this movie The Eye of the Cobra.

Is it possible that I’m one of the writers that pitched this idea? Yes, it’s possible but don’t get me started on how Johnny Lawrence is really a Drago. We’ve already been blessed with movies about Apollo Creed’s kid fighting Drago’s kid so it’s not like we aren’t already just a step away from this Rocky vs Karate Kid mashup.