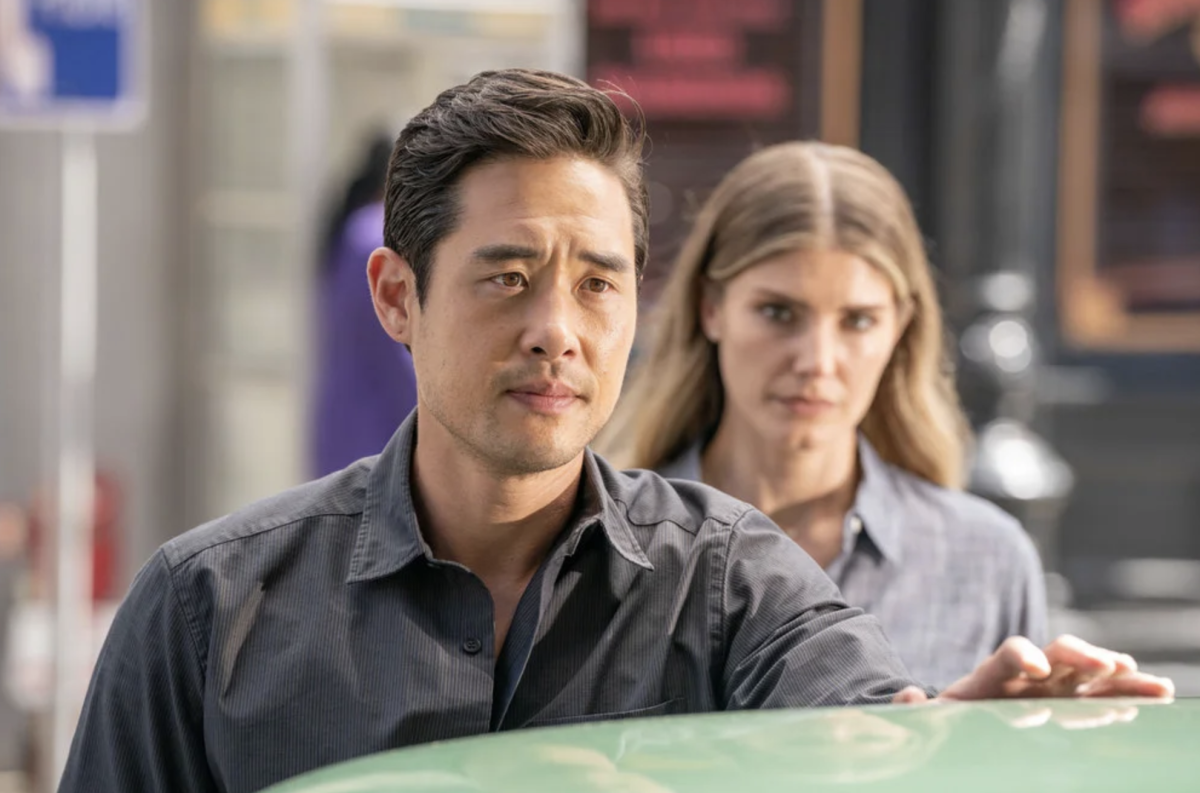 It has been almost three decades since the original series aired its finale in 1993.  The new Quantum Leap has made viewers perplexed, since many of the show’s elements are pleasing to them thus far, yet other parts appear to be lacking.

The second sequel series, which stars Raymond Lee as Dr. Ben Seong, picks up three decades after the original.

“It’s been nearly 30 years since Dr. Sam Beckett stepped into the Quantum Leap accelerator and vanished,” the summary explains.

“Now, a new team, led by physicist Ben Song, has been assembled to restart the project in hope of understanding the mysteries behind the machine and the man who created it.”

It continues: “Everything changes, however, when Ben makes an unauthorized leap into the past, leaving the team behind to solve the mystery of why he did it.

“At Ben’s side throughout his leaps is Addison (Caitlin Bassett), who appears in the form of a hologram only Ben can see and hear.

“She’s a decorated Army veteran who brings level-headed precision to her job.”

The relationship between Ben and Addison is already one of the aspects that has viewers divided after Monday’s premiere episode.

Some are excited to already be seeing some romance, while others thought it would come later down the line.

One annoyed fan wrote: “So 15 minutes into this new show and I’m not keen on the romantic aspect of it. But let’s keep going.”

A second conflicted viewer tweeted: “So far the new #QuantumLeap show is interesting but has flaws.

“Minor things… No theme song and a romantic vibe between Leaper and Hologram isn’t the same as a buddy story.

“To be honest I’ve been skeptical about the ‘Al’ character becoming a romantic character,” a third said. “I’m still VERY skeptical, and I don’t think it bodes well for future storytelling.”

“A lot more adventure, a lot more intrigue, hopefully, a lot more romance. I am already looking forward to next Monday’s episode.”

A second shared: “What I love already about the new #QuantumLeap: Deborah Pratt doing the beginning narration again.

“The relationship between Ben and Addison (imagine Donna being Sam’s Hologram instead of Al).”

The synopsis for the show shares of what else the reboot centers on: “At the helm of the highly confidential operation is Herbert ‘Magic’ Williams (Ernie Hudson), a no-nonsense career military man who has to answer to his bosses who won’t be happy once they learn about the breach of protocol.

“The rest of the team at headquarters includes Ian Wright (Mason Alexander Park), who runs the Artificial Intelligence unit ‘Ziggy,’ and Jenn Chou (Nanrisa Lee), who heads up digital security for the project.

“As Ben leaps from life to life, putting right what once went wrong, it becomes clear that he and the team are on a thrilling journey.

“However, Addison, Magic, Ian and Jenn know that if they are going to solve the mystery of Ben’s leaps and bring him home, they must act fast or lose him forever.”

Viewers have mixed reviews about the cast and characters, as well as the writing and storylines so far.

But most are looking forward to giving the series time to grow, knowing that a lot can change as the season progresses.

“I caught the first episode of the new #QuantumLeap on my lunch break, and I think it’s off to a good, and intriguing, start,” one fan said. “I hope it’s successful — I’d like to see where the story is going.”

A second wrote: “First episode was disappointing. Super cheesy ending but more importantly the 2 main actors (the new Sam and Al) are lackluster. The rest of the cast was fine.”

A third viewer tweeted: “The lead of the show is good and they might be able to build from that. But everything else was so sloppy”

Meanwhile a fourth commented: “Bit disappointed in the #QuantumLeap pilot. Seems more like an action adventure show rather than one that showcases intellectual social commentary.

“Subpar-average writing ends up boring at times. Hoping it gets better, but not counting on it.”

“Just watched #QuantumLeap… it’s not great. But I kinda love it,” wrote another.

The next episode of Quantum Leap airs at 10 p.m. on NBC on Monday.