Geeklings, a very Happy New Comic Book Day to you all! Over here on the East Coast, it’s raining… again, and what better way to deal with a rainy day than to sit down in your favorite sitting apparatus with a pile of comic books? Sounds grand, doesn’t it? That’s my plan as soon as I’m done writing this column. Don’t worry, it doesn’t mean I’m just going to breeze through this but just know I want to read comics too so we should probably get this train moving.

Both Marvel and DC have taken their flagship teams and given them brand new makeovers and while I understand the shift (at least with Marvel I do, not sure what to make of these DC teams) I couldn’t help but feel that maybe, just maybe, these two books were covering the same villain. Seriously. Go back and read Avengers #1 and DC Nation #0 and then come find me (Twitter @iamgeek32) and tell me I’m wrong. If nothing else they are eerily similar. I find it curious that both companies are relaunching and using the same type of threat to elevate these new teams. Since I read Avengers #1 first I’m giving Marvel the credit here for leading the way. I’m sure this will not be a popular opinion with my DC fans buuuuuut I’m a Marvel kid first so there. Is that a mature argument? Nope, but it’s the best you’re going to get out of me right now. At least until I read these newest issues.

Newest issues? That’s right there are actual comics to discuss so let’s go right to it! 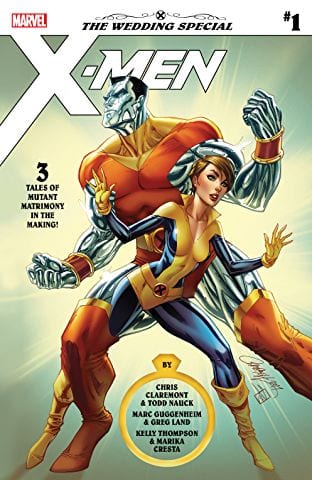 1. X-Men Wedding Special #1– Well it took them long enough. After a long, long, long time it appears that one of the mutant super couples is finally getting married. That’s right, Kitty Pryde and Colossus are about to say “I Do” and it should make your geeky filled heart beat with a little bit of joy. Before that can happen though we need to have Batchelor parties and that’s where this issue comes in. This is an anthology issue with three different stories leading up to the mutant wedding event of the year, but more exciting than that is that one of these stories is written by Chris Claremont himself! If you’ve read X-Men comics in your life than you should know that Chris Claremont is the real deal when it comes to mutant stories. His inclusion in this book should be worth the price tag alone. 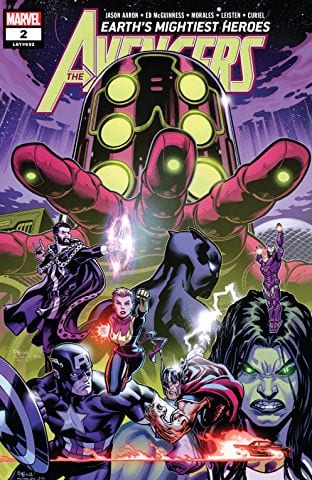 2. Avengers #2– I’m going to speak candidly for a minute. I was a bit underwhelmed by Avengers #1. I don’t know what it was, maybe I had hyped it up in my head too much or maybe its because the issue was just “alright”, but I was expecting a bit more out of that first issue. With that being said though there’s no way I’m giving up on this title yet. I trust Jason Aaron and believe he’s going to lead us to something special. Bringing the core three together is important and I love how it’s Tony Stark who is unsure of this whole avenging thing. All three of these heroes have something to prove after the recent years they’ve had within the Marvel Universe, and I expect there to be a great deal of healing for these characters if this team is going to progress. I fully expect this series to pick up as the team starts to band together as they join to fight an onslaught of pissed off Celestials. 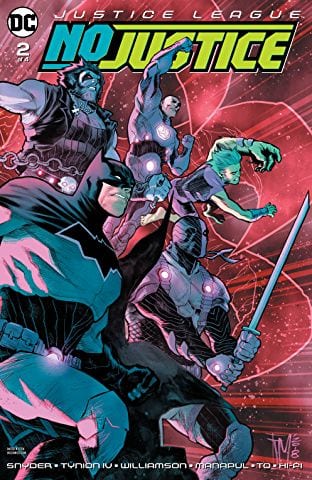 3. Justice League No Justice #2– You know who else appears to be fighting giant Celestials? The Justice League. Geeklings, I understand that this project involves a number of my favorite DC writers. Synder, Tynion, and Williamson are awesome and I love their work, but I’m having a tough time buying into these teams. I’m hoping as the series progresses we get a better understanding of why the teams are structured the way they are but right now I’m feeling a bit skeptical. Just seems like making weird teams for the sake of stealing headlines. Again, I trust the writers here and believe that they have a clear vision and are leading somewhere. I also really enjoy how DC is looking to condense their universe a little bit feeding off of Dark Nights Metal and having No Justice lead into the next big story arc. This is the right kind of universe building that I would like to see more of from DC. 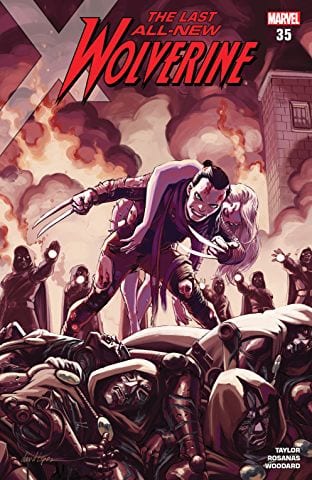 4. All-New Wolverine #35– This is it Geeklings, Tom Taylor’s last issue of All-New Wolverine. With the return of Logan, you may have heard he’s back based on the thirty-something books that show the Marvel Universe hunting for him, it was only a matter of time before Laura had to give up the mantle. While she may be giving up the title we can not ignore how brilliant her run was. Tom Taylor created something special here with Laura and Gabby and took a character who many believed was just spot holding and made her a legitimate player. Speaking candidly, I kind of wish Laura was staying on as Wolverine. Her take was something fresh and unique while embodying the spirit of Logan but also being its own entity, and while Logan isn’t “officially” back yet I’m already starting to feel a little fatigued by his arrival. Here’s to Laura and Gabby and their incredible run these last few years! I look forward to more of their adventures. Tom Taylor has given us a gift with these characters and I look forward to seeing what Marvel does with them next. I expect great things. 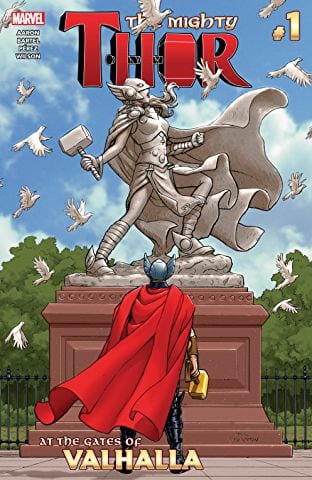 5. Mighty Thor: At the Gates of Valhalla #1– I’m going to keep this one short and sweet. What Jason Aaron has done with this Thor run, especially the Jane Foster arc, has been nothing short of incredible. Not only is it one of my favorite current comic runs but it’s rapidly approaching one of my favorite comic reads. Seriously, if Marvel Studios doesn’t make a Thor trilogy out of this run then we’re all being robbed. In the meantime, if you haven’t started, buy the first volume right now. Read it. Then immediately buy the second volume and continue until your eyes hurt from reading too much, soaking in too much epicness, and feels. Jason Aaron’s Thor run is what comic books are about and I love it so. 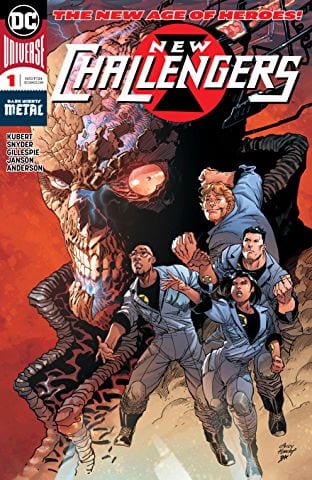 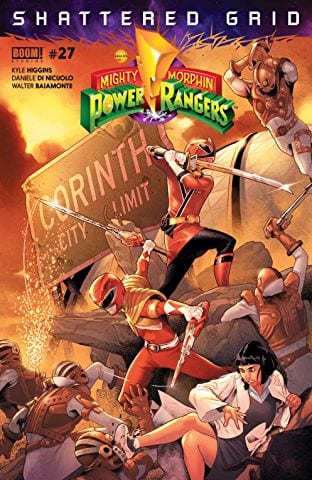 There you have it Geeklings, all the best books to get your mitts on this week. As always, if you feel like I’ve left any books off this weeks Pull List be sure to sound off in the comments and let me know. Or just tell me what you’re reading or what you’re excited about. I’m always on the hunt for new reads so don’t be shy. If you’d like to talk more comics with me then you can find me on Twitter @iamgeek32 ready to jump right into conversation. Now if you’ll excuse me, there’s rain and a chair that’s waiting for my bottom. Happy reading and many huzzahs! See you all next week!