Geeklings, a very Happy New Comic Book Day to you all! I hope you all survived the stress over the Minnesota Raccoon cause man, that almost did me in. Work was all types of stressful yesterday and I was all types of burnt out so the last thing I needed was worrying about the state of an adorable little raccoon stuck on a building without food or water. It was the first thing I checked this morning and luckily the little guy is safe and sound. Thank the gods because that would have seriously altered my day today, and today is Wednesday. Wednesday is for joy. Wednesday is for comics!

That’s right, we’ve got a bunch of books for you to be reading which means it’s time to cut the chit chat and jump into some reading material. Here. We. Go. 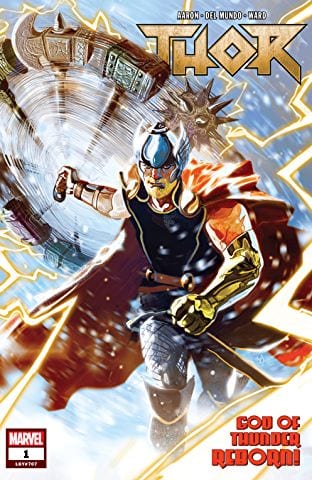 1. Thor #1- Yes, this series is getting yet another name change and new numbering, but that’s all that’s changing. Jason Aaron’s most epic Thor run continues as the Odinson is once again in the title role with hammer in hand as Jane Foster’s time as Thor has passed. In her wake, she’s left Odinson a changed man and the title of Thor will never be the same again. Aaron’s run has been one of the all-time greats and with this new series, he will finally bring us to the War of the Realms, a storyline that has been teased for quite some time. The name of the book may have changed but the content has not. This series is beyond epic and worthy of your eyeholes. 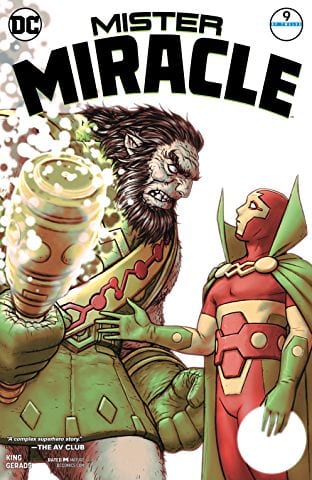 2. Mister Miracle #9– Speaking of best comics on the shelf, I present to you Mister Miracle. I can’t believe we’re already at issue number nine. That means only three left after this. Insert uncontrollable sobbing here. While it was announced today that Tom King will be handling DC’s next Crisis event we still a Mister Miracle story that is rivaling his Vision series. Mister Miracle is deep, emotional, beautiful, heartbreaking, and expertly crafted. With issue nine the war of the New Gods continues, Mister Miracle is now a father, and Darkseid… well, Darkseid is. 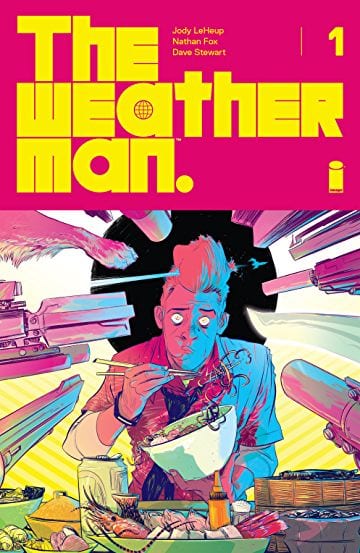 3. The Weatherman #1- No, this isn’t a comic based on the better than you think it is dark comedy starring Nicholas Cage. This is something entirely different. Image has a brand new series out today that follows the life of a popular weatherman who sees his world fall apart as he’s linked to a massive terrorist attack on Earth that wipes out more than half the population. Suddenly his life on Mars, that’s right he lives on Mars, is in tatters and he finds himself on the run through the galaxy looking to clear his name. Not sure what else you really need to read this one. 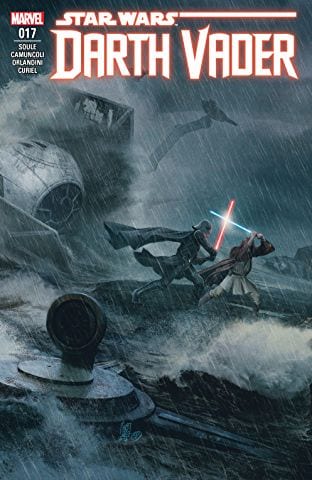 4. Darth Vader #17– Ugh, I love this cover. If you’re looking for a Star Wars comic that focuses on Vader before the start of the original trilogy where he’s doing tons of badass Darth Vader like things then I’ve got just the thing for you. 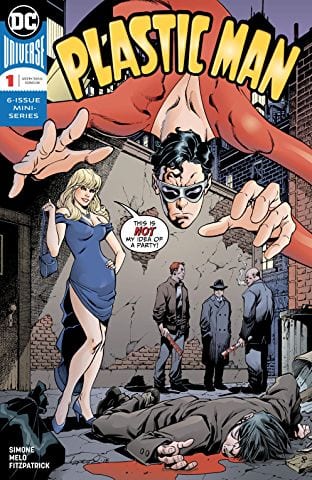 5. Plastic Man #1– One of the things to come out of DC’s Dark Nights Metal was the return of Plastic Man a character who had been missing for quite some time. Well, good news Plastic Man fans, there’s a brand new mini-series starring DC’s favorite elastic hero just for you. Yes, you specifically. I’m talking to you Tom the super Plastic Man fan. It’s only six issues so enjoy it while you can Tom… you too everyone else whose reading it. This isn’t exclusive to Tom who may or may not exist. Anyway, who knows, maybe if the book moves well it could lead to an ongoing. 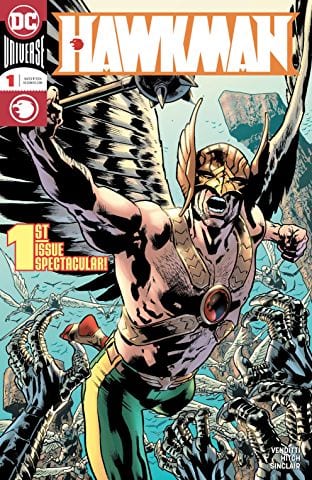 There you have it Geeklings, all the best books for you to be reading this week. As always if you feel like I’ve left anything off the list then, by all means, let me know in the comments. Sharing is caring. If you’d like to talk more comics with me then you can find me on Twitter @iamgeek32. Enjoy the rest of your New Comic Book Day Geeklings, happy reading and many huzzahs!