Geeklings, a very Happy New Comic Book/Valentine’s Day to you all. Whether you’re a fan of Valentine’s Day or not you can’t deny that someone out there loves you when New Comic Book Day and February 14th fall on the same day. Cause in the grand scheme of things isn’t that what we really want? Comic books. That’s why you’re here. That’s why I’m here. You keep the box of chocolates and the flowers, I’ll take the new stack of comics for my eyeholes. Am I right?

And someone out there must really love us because there are some awesome books to be read this week. Oh, you don’t believe me? Well, let’s talk, shall we… 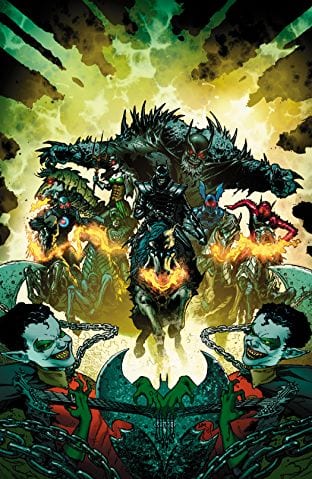 1. Dark Knights Rising #1– It’s hard to believe that Dark Nights Metal is still going on but here we are with one issue left and another tie-in issue. Why should you read this book? Well, let’s look past the fact that this is the ultimate set up to the grand finale in issue six and focus on the fact that it’s co-written by Scott Snyder and Grant Morrison. That’s right, Morrison has been pulled from the multiverse in order to contribute to a story that bleeds his DNA. Whether you liked his Batman run or not, you can’t deny Morrison’s influence on Metal which makes his arrival in this one-shot all the more fitting. What can we expect here? Issue five ended on a not so good note for our heroes. Have the evil Batmen won or is there hope for the DC Universe? Will the multiverse collapse? I don’t know but Detective Chimp is on the case… yes, seriously. 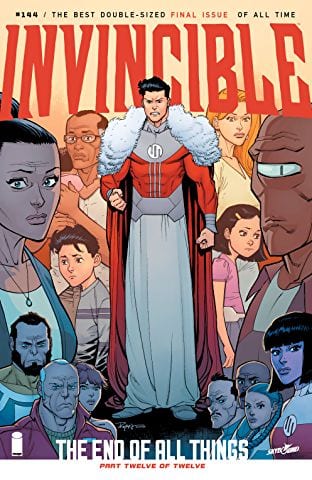 2. Invincible #144– Robert Kirkman writes other comics besides The Walking Dead, but after today he will sadly write one less. That’s right, his superhero epic Invincible comes to end with today’s issue #144, which sort of bothers my OCD as I would have preferred 145 or 150 but I’m trying to look past it. If you know anything about Robert Kirkman it’s that he doesn’t hold back and he isn’t afraid to break your heart. With issue #144 being a double issue expect double the heartbreak and tissues as we say goodbye to the Invincible cast. Happy Valentine’s Day! 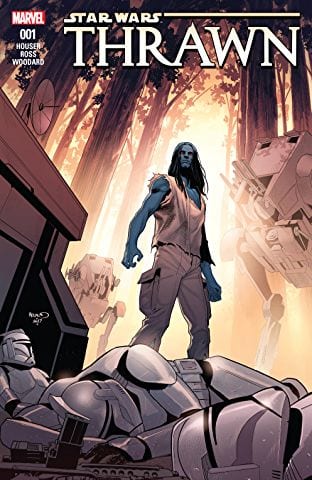 3. Thrawn #1– One of the best things about the Star Wars expanded universe was Timothy Zhan’s Grand Admiral Thrawn. Here was a villain worthy to pick up where Vader and the Emperor left off. A number of people were worried about the EU no longer being canon that Thrawn would just vanish into Star Wars obscurity. Happily, that is not to be. The powers that be over at Star Wars saw what made Thrawn great and quickly incorporated him into the actual Star Wars timeline (you can see him on Rebels). Now Marvel looks to explore the origin of everyone’s favorite Grand Admiral. This six issue mini-series is based on Timothy Zhan’s latest Thrawn book and shows him climb the Imperial ladder. For all you Thrawn fans out there, Thrawnies (??), this ones for you. 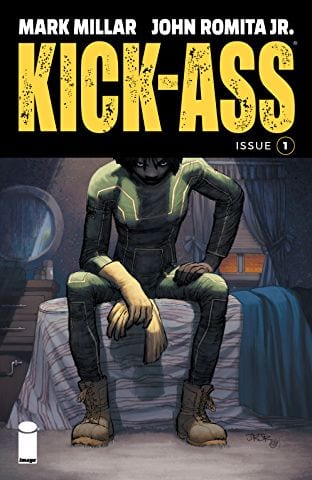 4. Kick-Ass #1– I loved the original Kick-Ass series. It arrived during a time where I was just getting back into comic books and was so vulgar and violent that I couldn’t look away. While I don’t think the other volumes in the series matched the magic of the first run, I’ve always had a soft spot in my heart for this universe. That’s why I’m excited to see this new iteration. Mark Millar and John Romita Jr are back with a new hero underneath the green wetsuit. What happened to Dave Lizewski? Does the name Kick-Ass still mean anything? Just who is this new hero? If we know anything about Millar it should be a blast finding out the answers. A violent, curse-filled blast. 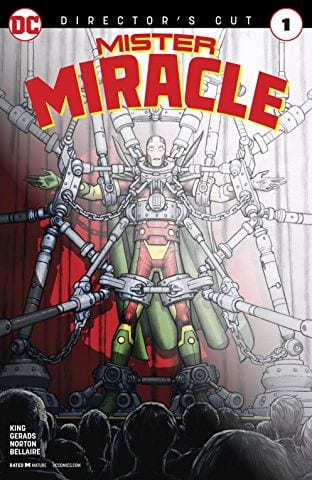 5. Mister Miracle #1 Director’s Cut- If you are missing Mister Miracle after it’s midseason finale, and let me tell you Geeklings, I’m missing it hard, then you’re in luck. Tom King and Mitch Gerads supply us with a book that takes a peek behind the curtain in order to hold us over until issue seven arrives. With the Director’s Cut we get the original black and white art, Tom King’s gorgeous script, and a new story that kind of explains the origin of Mister Miracle himself. I personally can’t wait to get my grubby little hands on this one. Call it part research and part enjoyment. 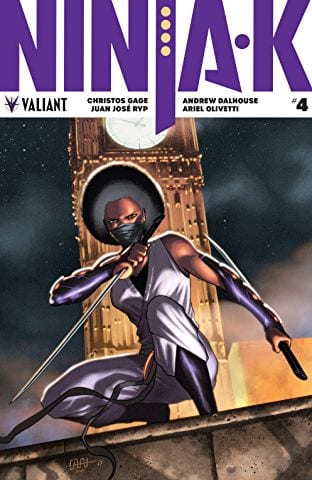 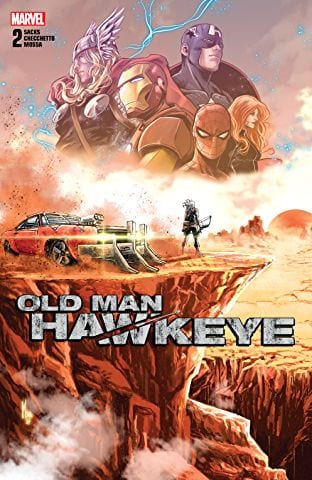 There you have it Geeklings, all the best books for you to be pulling off the shelves. As always, if you feel like I’ve left anything off or you have suggestions the comments below are yours. If you’d like to talk more comics with yours truly then you can find me on Twitter @iamgeek32. I hope everyone has a Happy Valentine’s Day filled with awesome comic books and good cheer. Hearts and kitten whiskers to you all. Happy reading and many huzzahs!