Geeklings, a very Happy New Comic Book Day to you all! How’s everyone doing out there? Hopefully, everyone has already been to their local comic book shop stocking up on tonight’s reading material or maybe you turned to Comixology and downloaded your books first thing this morning. No matter how you chose to get your books what matters most is that you got them. They’re there. Waiting for you to crack open and get lost between the panels.

But Kevin, I haven’t gotten any books yet, in fact, I don’t know what I should be reading. I’m all hyped up on Black Panther magic and just want to read everything. Can you help me?

Of course, I can new reader! Part of the design of the Pull List is to give you some of the best books to be reading for the week. The other part of the design is it gives me a platform to talk comics every Wednesday which brings me such joy. I get to be helpful and selfish. Best of both worlds.

Let’s talk books, shall we? 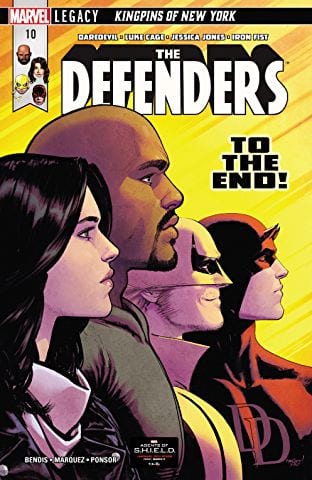 1. The Defenders #10- I have been dreading this book ever since The Defenders #9. This is it, Brian Michael Bendis’s final Defenders book and it also plays as the final issue of the series. A complete bummer if you ask me as this has been one of my must-read Marvel books since it was released. Not once has the story and art have ever disappointed which will make me miss this book tremendously. What can we expect here? Well, HammerHead is back from the dead thanks to the Red Hood, Diamondback is in custody, and the Defenders are apart of some mega team up with a whole bunch of kick-ass characters. I see you Misty, Elektra, and Black Cat. The only thing to do now is to take down the Kingpin. Whether that’s the Red Hood or Wilson Fisk himself is yet to be seen but I fully expect this book to bring a number of Bendis storylines to a conclusion. Some going as far back as his New Avengers run. And don’t be surprised if the Punisher shows up. If you haven’t read this series you need to correct that… immediately. 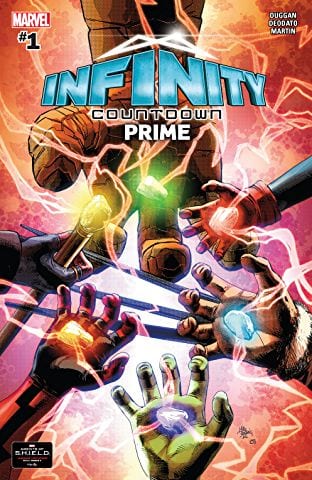 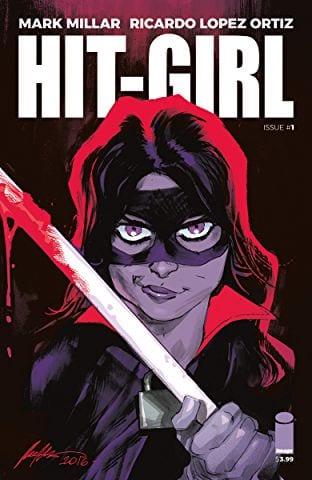 3. Hit-Girl #1- It was just last week where we welcomed back Mark Millar’s Kick-Ass, and one week later we have the return of the break out star of that series, Hit-Girl. Hit-Girl has left the country and is roaming around the world bringing her brand of justice like some kind of uber-violent version of Kung Fu. Her first stop? Colombia. A mother hires Hit-Girl to help avenge the death of her daughter and Hit-Girl takes it to the extreme. As if you expected anything different. Hit-Girl looks to expand the Kick-Ass universe and I’ll be curious to see if these books eventually crossover. In the meantime, watch as Mindy kills everything. 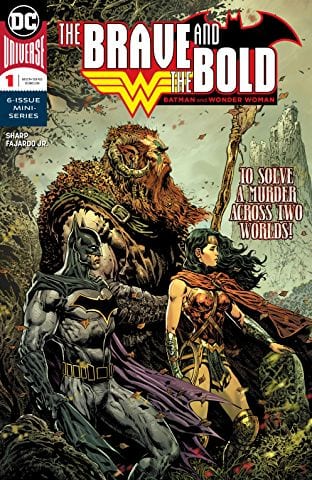 4. Brave and the Bold #1– DC has got a brand new mini-series starring Wonder Woman and Batman, and this thing sounds bonkers. Here’s the write-up-

When a Celtic god’s murder leads to a war between the fairy folk and a possible breach between worlds, Wonder Woman must find the murderer and keep the peace while Batman investigates strange occurrences in Gotham City. As Diana must turn to the World’s Greatest Detective for help, the two heroes quickly learn their cases may be connected. 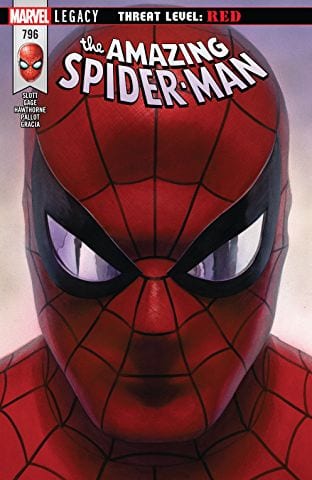 5. Amazing Spider-Man #796- Here we go, the end of Dan Slott’s Amazing Spider-Man run. While I have been pretty critical of Slott’s run even I can’t deny how epic it has been. He’s been writing Spider-Man for ten years now, and while I’m excited to see some fresh blood on the title I’m willing to stick around to see how Slott wraps things up. We know that Norman Osborne is going to be involved in some capacity but what else should we be expecting? Is it possible that maybe, just maybe, Slott could be on the path of undoing one of the biggest crimes committed against Spider-Man? I would be willing to forgive his entire run if somehow Slott course corrects One More Day. There have been hints in the last couple of issues of this awful storyline that damn near ruined the character and his comic series. Is it possible to believe there could be something hopeful here? Read and find out Geeklings. Fingers crossed. 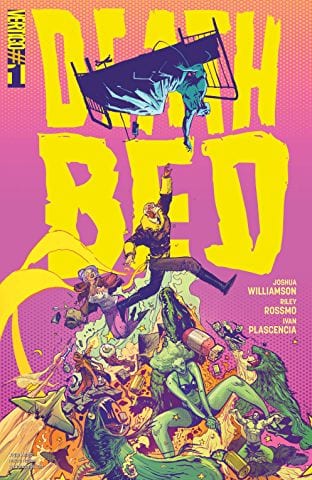 Honrable Mention- Death Bed #1
There you have it Geeklings. All the best books to get your geeky little hands on. There’s a new issue of Tom King’s Batman out there too. As always, if you feel like I’ve left anything off the list then sound off in the comments below. If you’d like to talk any of this week’s selections or comics, in general, you can find me on Twitter @iamgeek32. I’ll see everyone here next week! Happy reading and many huzzahs!
Images from Marvel, DC, Image, and Vertigo Comics
Kevin Carey