Geeklings, a very Happy New Comic Book Day to you all! How is everyone doing on this most spectacular Wednesday? Have we recovered from Infinity War yet? I’m not entirely sure that I have either. While I loved, loved, loved the film I’m finding it hard to shake it. There are things that… just stay with me. Let’s keep it at that as to keep it spoiler free for those who have been unable to get to the theater. You’ll understand soon enough.

Infinity War seemed to kick-start what is sure to be a kickass summer of comic book goodness, and a lot of that is reflected in today’s selections. Before we jump into today’s books though I do want to remind you that this upcoming Saturday is the first Saturday of May and that means one thing. 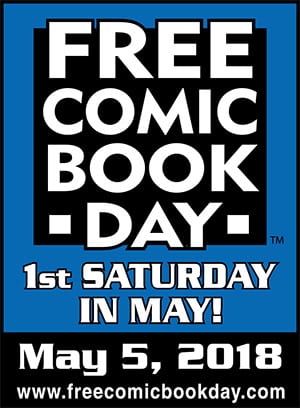 Be sure to head to your local comic book shop, pick up some free books cause there’s a bunch, and give their sales a look see. It’s always great to get out to the comic shop and Free Comic Book Day is such a wonderful excuse to do so. If you’re lucky like I am, some shops will have signings by authors and artists and you’ll be able to chat it up with some comic folks. What more could you ask for?

What? You want more? Well let’s see, maybe I can help you with that. How about with a brand new Pull List for your eyeholes? Yeah, thought that would help. Here are the best books you should be buying this week. 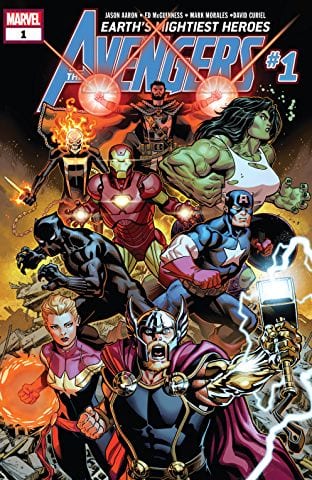 1. Avengers #1– With the release of Infinity War comes a brand-spankin’ new Avengers series penned by none other than Jason Aaron. We’ve all heard that Marvel has been looking to head in a new direction and sort of relaunch but not reboot their comic line and I really believe that Jason Aaron is the right man for the job. His run on Thor has been one of Marvel’s shining points and his one-shot Legacy issue introduced some really interesting ideas for the greater Marvel Universe. Making his Avengers book the only Avengers title on the shelf is another smart move as now the shelves won’t be crowded with fifteen different Avenger titles. This book also brings the return of Thor, Captain America, and Iron Man to the team in the hopes that the core three, if you will, could be exactly what fans are looking for. The team is rounded off with Captain Marvel, Black Panther, Ghost Rider, She-Hulk, and Doctor Strange giving us a pretty even cast of old and new faces of Marvel. I for one can’t wait to see this new direction and feel genuinely excited about an Avengers book for the first time in a while. 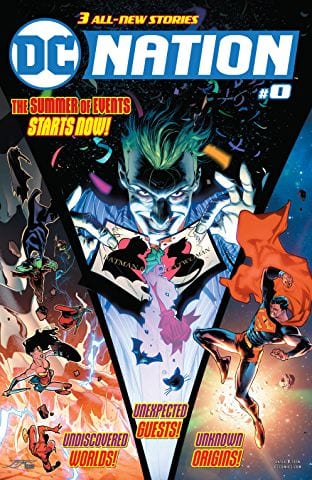 2. DC Nation #0– Not to be outdone this week, DC is also kickstarting their summer with the release of DC Nation a book that is telling three separate stories. First off we have Tom King’s Batman story where the Joker learns that Bats and Catwoman are getting married. I’m sure he’ll have nothing sadistic planned for that. Story two is the second piece from Brian Michael Bendis’s upcoming Superman run and looks to expand on the bombshell he dropped in Action Comics #1000. The third story comes from Scott Snyder and others as they introduce us to the newest major developments of the Justice League with the story “No Surrender”. You may have heard about this epic undertaking as Darkseid (is) will be joining one of the Justice League teams. Sounds bananas. Here’s the best part, the book… is only $.25 if you go to your local comic book shop or free if you go online. How can you beat that? The answer is you can’t so read up. 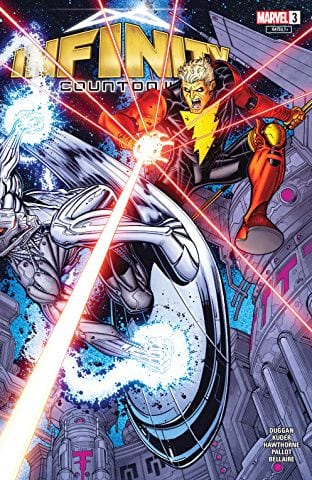 3. Infinity Countdown #3– Marel isn’t just giving us a new Avengers book this week they’re also giving us a new issue of the Infinity Countdown event… miniseries? Something. Countdown has been an interesting read that has seen the Infinity Stones spread out all across the galaxy in possession of a number of different characters. One of those characters just so happens to be Ultron who is in the process of corrupting the Silver Surfer to use for nefarious purposes. Once he’s done with that he’s got his sights set on Adam Warlock. What would an Ultron controlled Warlock and Surfer be like? Bad for the galaxy I’m sure. Elsewhere the Guardians and Ant-Man are trying to protect the Power Stone and are having a tough time doing so. Seems like everyone wants the Power Stone including the Thanos controlled Chitauri. Keep those Infinity Stones fresh in your mind while you wait for Avengers 4. 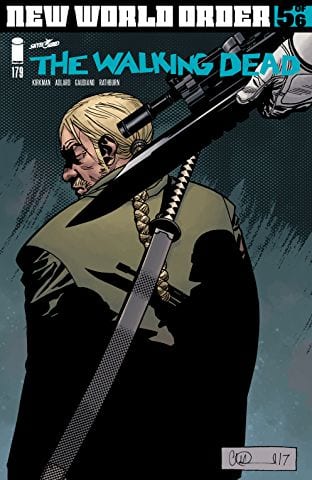 4. The Walking Dead #179– If you find yourself missing The Walking Dead then maybe you should do yourself a favor and turn to the comics. Think of it as reading the show before it even airs. If you’re looking for hints for the next direction the show goes in then the “New World Order” story arc might just have them for you. I’ve got a feeling… 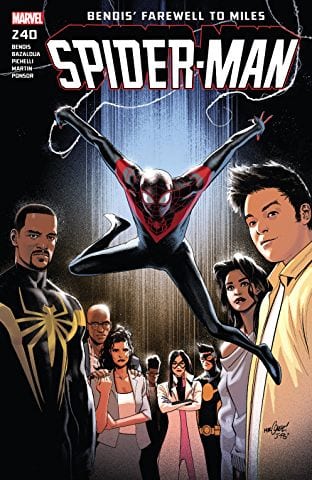 5. Spider-Man #240– This is kind of a personal one for me. I fell in love with Miles Morales’s Spider-Man about five years ago during a difficult time in life that coincided with a search for an alternative Spider-Man to Dan Slott’s run. With Miles, I was reminded why I fell in love with Spider-Man in the first place. Why I pretended to be him as a child and why I aspired to be him as an adult (figuratively, although I wouldn’t say no to getting bit by a radioactive spider). When I needed him, Miles was there and I could escape and have fun living in his universe for a bit. I read this issue and it’s a really lovely love letter to the character and a super personal story from Bendis (read the afterward). I don’t know what the future holds for Miles Morales and I’m willing to bet he’ll have an ongoing series again real soon, but I’ll be forever grateful to Brian Michael Bendis for creating this character and the world he lives in. For reminding me why Spider-Man is the best superhero of them all. 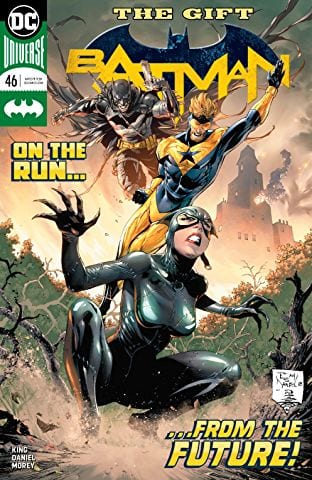 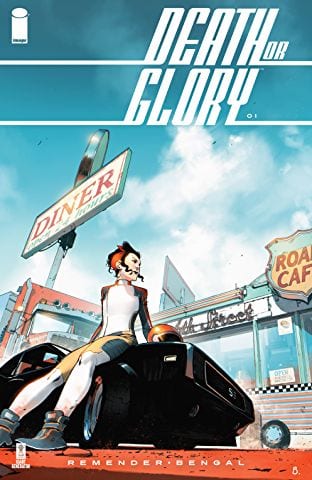 There you have it Geeklings, all the best books to get your geeky little mitts on this week. As always if you feel like I’ve left anything off be sure to sound off in the comments. If you’d like to talk comics with yours truly you can find me on Twitter @iamgeek32. Be sure to get to your local shops this weekend and enjoy Free Comic Book Day! Have a blast celebrating it with your fellow comic readers and if you’re looking to get someone into comics this is the best weekend to do so. Happy reading and many huzzahs!