Geeklings, a very Happy New Comic Book Day to you all. For those keeping track of my personal life, which I imagine is most of you, I am ten days away from getting married. We are in crunch time now people and things are moving fast. And I’m all for it to be honest. I’m ready. Let’s do this thing. Alas, I have to wait another ten days… but I’ll tell you what I don’t have to wait for. Comic books! The wedding timeline might be moving quickly but not too quickly where I can’t read comics. No sir.

As per usual, today is another swell day of comics and man am I happy to be spending it with you guys. I like to think of the Pull List as a branch of our local comic book shops (hiiiiii Android’s Amazing Comics!) where we just gather and talk comics until we realize we’ve stayed too late and need to rush home to eat dinner and actually read the books we were discussing. This column is a gift and I love every second of writing it.

Enough of the sentimentality though, I’m ready to start talking comics. Let’s get this latest edition of the Pull List rolling with our first book of the week. Which issssssss…

Marauders #1- I would like to introduce you all to my favorite X-Men book. This is Marauders and I love it so. This is the first X-Men book in quite some time that isn’t written by Jonathan Hickman although it feels like a direct extension of the House of X/Powers of X event down to the written inserts that add more depth to the issue. Gerry Duggan absolutely kills on this book as he takes a Kitty Pryde who can’t get into Krakoa (but why?!) and pushes her towards an adventure that seems incredibly important to the mutant council moving forward. Matteo Lolli’s art steals the show as this issue takes all the importance from HoX/PoX, shows us this new world, adds some humor, gives Kitty (Kate, sorry) a platform to shine, and has me excited for this series. Marauders #1 is a great counterbalance to last week’s X-Men #1 as this new Dawn of X continues.

Batman/Superman #3- The Batman Who Laughs is up to no good and the DC Universe seems on the cusp of another crisis. I mean this is DC, of course, we’re on the cusp of another crisis. What does that mean for Batman and Superman? Well, The Batman Who Laughs is recruiting heroes from other multiverses and turning them into mirror images of himself. In order to stop this Superman must go undercover which I think he’s perfectly suitable for considering he spends most of his time undercover as Clark Kent… until Bendis reveals his identity to the world that is. But what if he’s not undercover? What if he’s been recruited into the Secret Six? If that’s the case, what does that mean for Batman? Who can he turn to in a world where the Dark Multiverse seems to be taking away all his allies? Batman/Superman has been a great read that seems to hold a great deal of importance within the current DC Universe especially for things going forward. Get on this book!

Star Wars #73- I don’t know if you heard but the final trailer for Star Wars The Rise of Skywalker was released during that Monday Night Football slaughter and I am shifting into all things Star Wars mode. We’re talking podcasts, movie re-watches, animated show re-watching, aaaaaand comics. That’s right, please don’t forget that Marvel’s Star Wars comic line is allllll cannon and has been quite good to boot. We are nearing the end of this current line as we look to jump to that grey area between Empire Strikes Back and Return of the Jedi and it’ll be written by Charles Soule! All the yes to that but before we get there we’ve got to wrap things up here and Greg Pak has been doing an outstanding job with this ongoing. This issue is about to bring the answer to a number of questions (who is Dar Champion for starters) and test our characters in a major way. If you are all in on Star Wars this just became a must-read for you. May the Force be with you Geeklings.

The Amazing Spider-Man: Full Circle #1- Jason Aaron. Chip Zdarsky. Kelly Thompson. Nick Spencer. Jonathan Hickman. Al Ewing. Gerry Duggan. All contribute to this anthology issue of Amazing Spider-Man and what a massive kickass writing team this is. Telling an “untold” story of Spider-Man with a collection of fantastic artists Full Circle looks to mirror the success of Marvel Comics #1000 by telling one story with a number of different creative teams. The price tag is a bit steep but if you’re looking to get some awesome writers writing about the greatest superhero of all time (don’t at me) then this book is for you!

Criminal #9- I wish I lived in a world where Ed Brubaker and Sean Phillips wrote all the comics. All of them. I think I would be happy in a world like this. If you like incredible storytelling and incredible art. If you want a comic that feels like just a little bit more than anything else on the shelf. If you just love comic books. Pick up, Criminal. Read it. Cherish it. Love it. It’s books like this that make me love this medium so damn much. 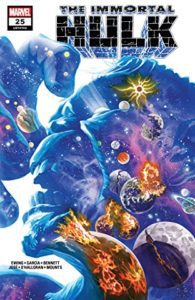 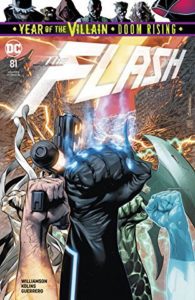 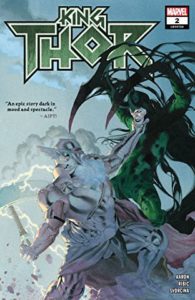 There you have it Geeklings, all the best books to get your mitts on this week. As always if you feel like I’ve left anything off the Pull List be sure to let me know in the comments below. If you’d like to talk more comics with yours truly then you can find me on Twitter @iamgeek32. Always up for comic talk and I’d love to discuss Marauders and break down why that book is ten pounds of awesome in a five-pound bag. In the meantime, I’m going into wedding prep mode. I’ll see you all next week for the last Pull List as a non-married man. Happy reading and many huzzahs!