Geeklings, a very Happy New Comic Book Day to you all! Here at the Pull List, we come together every Wednesday to celebrate superheroes and their stories but I would be remiss not to acknowledge the significance of today. Eighteen years ago, damn, superheroes weren’t just found in comic books. No, they were embodied with our first responders and firemen who put their lives on the line to help others in the face of our greatest tragedy. We like to have fun here at the Pull List but sometimes you just need to take a step back, reflect, and realize heroes are everywhere in our lives. And those heroes should be celebrated and appreciated for their service and unyielding bravery. Today is a sullen day but let us never forget those who gave their lives with their selfless, brave, response.

I’m going to skip the playful banter this week so what do you guys say we jump right into this week’s books? There are a bunch to be excited about, aren’t there always, and the sooner I tell you about them the sooner you can read them. Let’s get things rolling with… 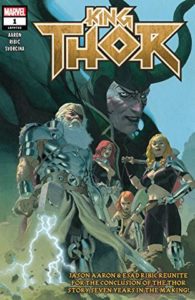 King Thor #1- This is it, the conclusion of Jason Aaron’s masterpiece. You will be hard-pressed to find a single character run better then what Aaron has done with Thor and sadly all good things must come to an end. Even though I wish they’d go on forever… and ever. Then maybe one more issue just to be safe. In this final four-issue mini-series, Aaron reunites with Esad Ribic on art to bring everything to a stunning conclusion as the story shifts to the future and All-Father Thor. The one who rules over the destroyed/empty Asgard. The one who has watched the worlds and his friends die. He now faces one final battle. Loki… with the Necrosword. This will be the showdown to end all showdowns as we get ready to say goodbye to one of the greatest comic book runs in history. Expect action, heart, surprise returns, and everything you’ve grown to love about this Thor run. What better way to say goodbye? 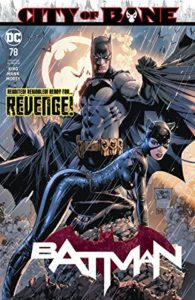 Batman #78- If you were feeling a little jaded after the wedding that never happened then this issue is for you. If you’ve been loving Tom King’s brilliant character work with Batman and Catwoman, then this issue is for you. If you find Clay Mann’s artwork to be stunning, mesmerizing, and effortlessly able to convey the emotions of Tom King’s writing, then this issue is for you.  Basically, if you’ve been all-in on this run then you’re going to love this issue. King has done a tremendous job showcasing the importance of the Bat/Cat relationship but in these pages, it all comes to a head. There’s a degree of vulnerability in Batman that we hardly ever see. There’s a tenderness and guardedness in Catwoman that we’re not accustomed to. This issue is pivotal for the back half of the “City of Bane” arc. We have spent over twenty issues of this series watching Batman’s foundation crumble. He’s never been lower and we now have to face the questions, is it possible for him to recover? Can he rebuild? And what does that mean for anyone going forward? 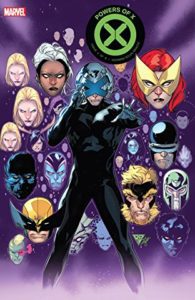 Powers of X #4- Coming off the highly emotional events of House of X #4, we now return to Powers of X where things get a bit complex. For those of you who have been wondering just where Mister Sinister has been, after whispers of his involvement/betrayal in Moria Life Nine, wonder no more. The issue opens with Xavier and Magneto, fresh after learning of Moria’s lives, confronting Sinister for some future assistance. What follows is a wonderful exchange between the three characters as Hickman’s writing here makes Sinister shine. To make matters even more interesting is the “Red Diamond” spread that consists of ten X-Men “rumors” and clues that will have all every X-Men fan spending the next week (or few hours) freaking out over. On top of that, this issue provides more insight to the bond with Krakoa that could include absolutely (hint, hint) stunning ties as well as more hints of what the future holds. There’s a lot to process here as this event gets more and more exciting with each passing page. 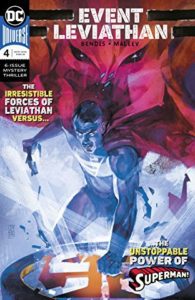 Event Leviathan #4– Who is this guy?! Like seriously?! Who is Leviathan?!?! Whoooooooo?! As we draw closer to the end to Brian Michael Bendis’s mini-series the question still needs an answer and we’re getting closer. With issue four Superman gets introduced to the looming mystery and of course, Batman has some issues. Don’t go into this issue expecting BvS “Martha” moments but do expect there to be a little bit of tension between the two. On top of that, Lois Lane is keeping herself busy and might be the one to crack the whole thing wide open. Of course, they all could be playing into Leviathan’s hands as he seems to be steps ahead of everyone. The art here is fantastic. The story is intriguing. The cast is tremendous. What more could you need? 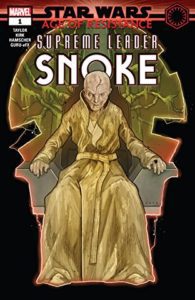 Star Wars: Age of Resistance- Supreme Leader Snoke- One of people’s biggest complaints coming out of The Last Jedi was how the death of Snoke seemed kind of cheap. We never got to learn who he was! How strong was he actually?! What about the theory that he was Darth Vader?! People were pretty pissed when the Supreme Leader got taken out, but luckily Marvel Comics and Tom Taylor are here to fill in a little bit of backstory for you. Taylor has been writing a number of Star Wars one-shots that are in continuity and have helped shape the world of this new trilogy to great effect. With this issue centered on Snoke, Taylor takes us to a very familiar location (think Luke, snow, Ben, and the (blank) system) for some crazy Kylo Renn training. Snoke may be dead in the movies but there are plenty of stories left to be told and who better to tell them than Tom Taylor? 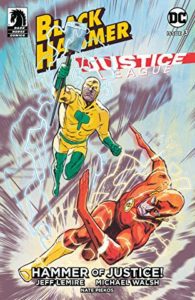 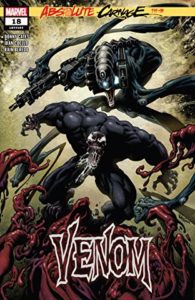 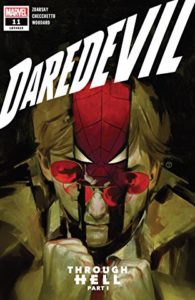 There you have it Geeklings, all the best books to put your mitts on this week. As always, if you feel like I’ve left anything off this week’s edition of the Pull List be sure to sound off in the comments. If you’d like to talk more comics with yours truly then you can find me over on Twitter @iamgeek32. I’ve been having tons of great X-Men talks lately so don’t be shy and hit me up. Outside of that, I think I’m going to finish reading my stack of books and start doing some X-Men research. I’ll see you all next week, happy reading and many huzzahs!