Geeklings, a very Happy New Comic Book Day to you all! I am so happy it’s Wednesday, my friends because I am dragging some serious ass. I don’t know what’s going on lately but I’m just feeling it you know? Tired. A little lazy. Maybe it’s the transition to fall, maybe it’s my birthday creeping around the corner (nine days away!), or maybe I’m just a little rundown… who knows?! All I know is that the Guardians of the Galaxy soundtracks and my Breaking Bad re-watch are literally getting me through the day. At this point, I need them to survive.

Speaking of things I need to survive, we got a whole bunch of new comics to read today. If there’s one thing that can instantly pick me up, outside of the Guardians soundtracks, it’s the fact that my Fancy Comic Book Reader (ipad) is all loaded up with new comics to be read. It’s the little things in life my friends, like the promise of new stories on a weekly basis.

What do you guys say we jump right into the proverbial fray? We’ve got a bunch of exciting books to crack open and the sooner we talk about them the sooner you can get to your local comic book shop (helloooooo Android’s Amazing Comics!!) and start reading them yourselves. 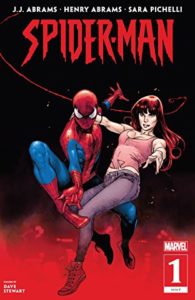 Spider-Man #1- After giving us hits like LOST, Fringe, Star Wars The Force Awakens, and all things Star Trek reboots, JJ Abrams is taking the big jump into comic books. He’s not coming alone though. No, he’s bringing his son Henry along as co-writer and spectacular Spider-Man artist Sarah Pichelli along for the ride of this six-issue mini-series. Out of all the heroes in the Marvel Universe, I feel that Spider-Man fits Abrams storytelling the best. I’m excited to see what he has cooked up for ole Web-Head but don’t go into this issue thinking it’s just some vanity piece for a famous director. Abrams and son are bringing it to this mini-series with events that are set to change the origin of Peter Parker as well as big changes to the character’s present day. There are some shocking things within these pages and it’ll be interesting to see how this book impacts the other ongoing titles. Or how fans react to it. All and all I’m excited to see what Abrams can bring to this medium and to see him play in the Marvel sandbox a bit. It’s a win win win for all of us. 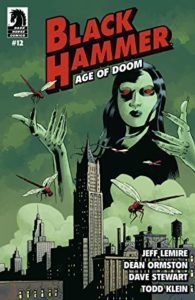 Black Hammer: Age of Doom #12- I spent a good portion of my summer binge reading all things Black Hammer and I regret not a second of it. I’m actually more upset that it took me this long to get into this series, but now that I’ve read, I am fully invested. Almost obsessively so. What Jeff Lemire has done here is so astounding that I’m floored with each passing issue. The character work, the world-building has all been brilliant and created such a real and tangible universe. Issue #12 will conclude the Age of Doom arc and leaves the massive question of what does that mean for our main cast. The greatest part of this is not knowing what comes next but knowing that it’ll have meaning and emotion attached to it. I fully expect us to get some resolution concerning the Farm and what it’s all meant and leading to. Where does Black Hammer go from here and how will it shape this narrative and these characters are things I’m dying to know…while also terrified. I’ve grown to care about this cast and at this point in the game, I just want them to be happy. Hopefully, that’s in the cards for some of them. 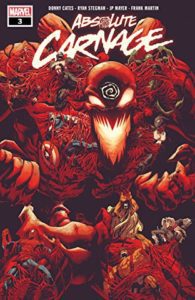 Absolute Carnage #3- Quite simply, I have been thoroughly enjoying this event. Donny Cates and Ryan Stegman are firing on all cylinders and this story they’ve constructed has been an absolute blast. It’s dark and slightly terrifying, it’s encompassing sooooooo many different books and narrative threads, and has become this overall spectacle that I don’t want to put down. Cates really gets to play with the Spider-Man supporting cast and is absolutely killing it. Like, if we don’t get a Donny Cates Amazing Spider-Man run at some point what was this all about?! Issue three marks the halfway point of this event so fully expect things to pick up. Last we saw Carnage was taking control of Miles Morales while Scorpion ran away and Eddie helplessly watched. Norman Osborne is now a part of Carnage’s army and that’s certainly leading toward some sort of confrontation. The wheels are in motion and Carnage is currently been ahead of our heroes building his army almost with ease. One has to wonder if Venom and Spider-Man will be enough to take him down. Just as long as the Sentry doesn’t show up, I’ll be happy. This book is crazy town banana pants and you need to get your hands on it stat! 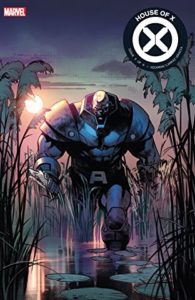 House of X #5- Here we go with our weekly Pull List installment concerning Jonathan Hickman’s X-Men and don’t lie, you’ve been waiting all week for this issue. Just like me. What can I say about this issue without getting to spoiler-filled? Obviously not a lot but if you read my write up on the series last week then you know that I WAS RIGHT! At least partially right and that feels enough like a win for me to brag. Issue five brings with it some massive changes for the mutants that are sure to propel this series forward once the main title starts. Hickman has found a way to make just about every mutant matter, even the ones who seemingly have ridiculous powers, and the results have been stunning. There were times throughout this issue where I was elated, slightly creeped out, and ending with a mixture of hope and trepidation. Hickman has revived the X-Men in ways that are beyond exciting and my poor wallet screams as I know I’ll be subscribing to every X-Book I can get my hands on once this wraps. Another can’t miss in the series right here. 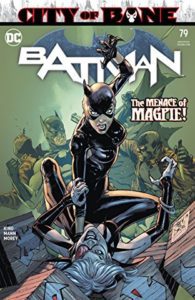 Batman #79– Last week Tom King gave us the Batman book we’ve not so patiently been waiting for since the non-wedding. The only kicker is that it couldn’t’ have happened at a worse time within the series. Gotham is under Bane’s control, supervillains are the police, Thomas Wayne is the most lethal version of Batman, Damian is being held captive (or is he?), and Alfred is dead (or is he?). All of this adds up to not being the ideal time for a beach vacation to rekindle your romance but here we are. Bat and Cat are on the beach falling back in love, coming to new understandings as Gotham is thrust further and further into chaos. What I love so much about this issue is how King allows the story to blossom. He wants you to see things one way before showing you that it’s actually something else. This is another great Bat/Cat centered issue that expands on “City of Bane” and gets us ready for these final six issues. It’s coming together and with each passing issue, King displays why he might be the greatest Batman writer of all time. Yeah, I said it. 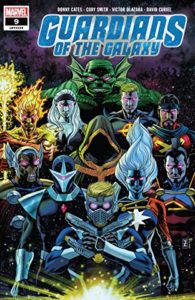 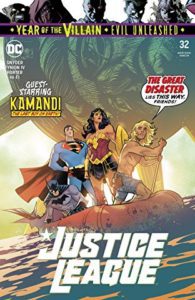 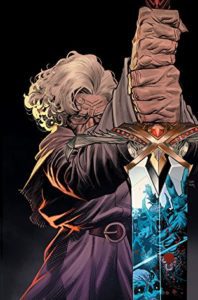 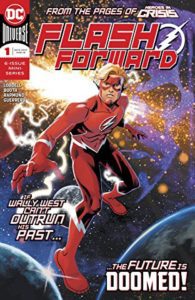 There you have it Geeklings, all the best books to get your mitts on this week. As always, if you feel like I’ve left anything off of this week’s Pull List be sure to sound off in the comments. If you’d like to talk comics with yours truly then you can find me over on Twitter @iamgeek32 ready and raring to break down all the books from this week. In the meantime, I’ve got a couple of comics left to read and more Breaking Bad to watch so this is where I leave you. Happy reading and many huzzahs my friends!