Geeklings, a very Happy New Comic Book Day to you all! This is one of those New Comic Book Days I’ve been looking forward since the moment we wrapped last week’s Pull List. Like for real. I woke up this morning, went to the gym, came home, downloaded my books, and jumped right in. I couldn’t wait. The books I didn’t get finished before work I devoured at lunch. It’s the type of New Comic Book Day that is just stupid good with content. Those make for the best Wednesdays, don’t you think?

Hopefully you’re gearing up to get to your local comic book stores or maybe you’ve got your Fancy Comic Book Readers (iPad) ready to download, but either way, there are books that you need in your life today and I’m here to help you out. I mean, this wouldn’t be much of a comic book column if I didn’t hit you with a bunch of kickass suggestions. In fact, it would be more like the Lame List, am I right?

Seriously, I know at least one of you laughed at that. Don’t be scared to admit it. It’s okay. We’re here not only to have fun but to be open with each other… and comics. Mostly comics. Speaking of which, let’s start breaking down this week’s books. 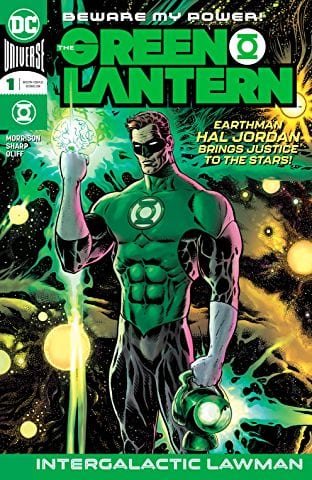 1. Green Lantern #1– It seems like it’s been a while since Grant Morrison was at the helm of a monthly series but that all stops today with the release of Green Lantern #1. Morrison has been one of the most important writers for DC Comics for quite some time now. With runs on Batman, takes on the multiverse, Superman, and more, Morrison has left his mark on a large part of the DC Universe. Now he’s looking to expand to the cosmos. From what I’m hearing his Green Lantern run is going to kind of be like a space cop procedural. Hal Jordan and the Green Lantern Corps dealing with a whole bunch space nonsense. Like Cops but in space. Don’t forget that this is a Grant Morrison book so expect things to be complex, crazy layered with high stakes and a dash of multiverse. Good times for all! 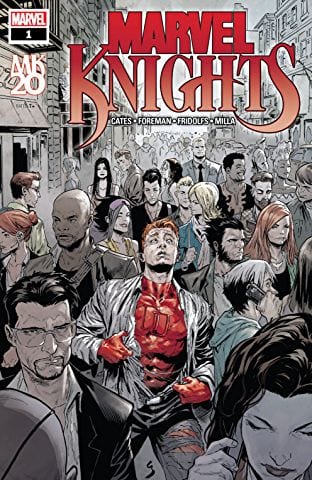 2. Marvel Knights #1– After five years, the Marvel Knights line is returning to Marvel Comics and there should be much celebrating. Marvel Knights is largely responsible for saving Marvel Comics back in the late 90’s when the company was declaring bankruptcy. With stories that focused on lesser-known characters like Daredevil, the Punisher, Moon Knight, Black Panther, and more Marvel Knights took stories that weren’t enriched with deep continuity and made them more accessible to new readers. These stories were Marvel’s savings grace, and twenty years later Marvel is celebrating the line’s impact. This first issue is written by Donny Cates, who is killing it right now, and deals mainly with Daredevil who is currently living in a world kind of like season six of LOST. Don’t get all worked up, I’m talking in the respect where people have forgotten who they are and need to be woken up… by Frank Castle. Yeah, things are crazy! If you’re feeling a void left from Brian Michael Bendis’s The Defenders this is just the book for you. 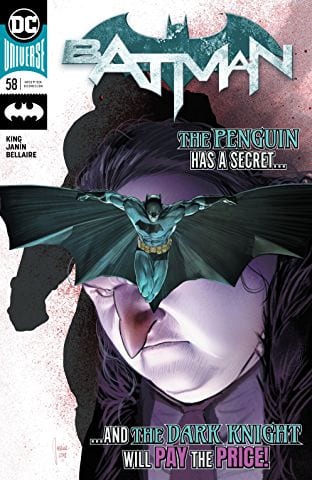 3. Batman #58- It’s been a while since we last checked in with Bane and his master plan to destroy Batman, but Batman #58 reminds us that Bane is still out there and he’s got his hooks in the Penguin. The bigger question here is if the Penguin is buying what he’s selling? This is a fantastic issue filled with great tension and a kind of does something a bit unexpected in making the Penguin a sympathetic character. The events of the issue are sure to have a massive impact on whatever else Bane is planning for Batman, and will surely raise a whole bunch of red flags in the trust department. We know that this conflict with Bane is the foundation of Tom King’s run and things have sort of been quiet since the wedding that never was. Could Batman start to pick up some momentum and turn things around after what has been a really crappy second half of the year? King’s storytelling is as strong as ever which is why Batman continues to be a must-read book. 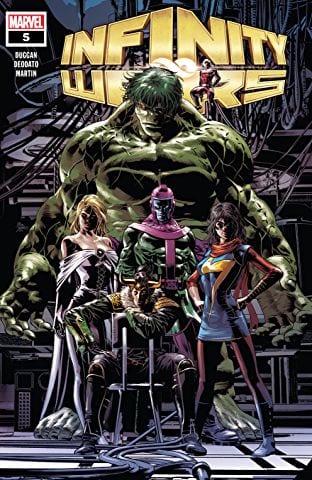 4. Infinity Wars #5- This is it, the penultimate issue before the big Infiinty Wars finale and man, there is a massive shift in power. Gamora is well on her way to creating a brand new world where she can erase the hurt and pain of this lifetime but she’s got a problem in the name of Loki. Loki has entered the Soul Stone recruited Kang, the Hulk, Emma Stone, and Ms. Marvel as a supergroup to take down Gamora to gain back the Infinity Stones. What follows is a solid issue that sets up what is sure to be a huge finale with massive ramifications for the Marvel Universe. Things are not what you think they are. 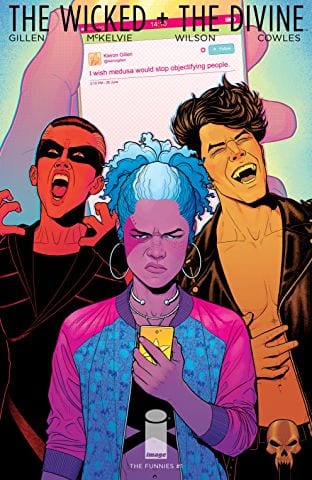 5. The Wicked + Divine: The Funnies #1– With the final arc of The Wicked + Divine right around the corner, the series takes a minute to take a breath and provide us with an anthology issue filled with some really wacky stories from this universe. One of which happens to deal with the gods been resurrected as dogs and the lives they live. Which sounds all types of awesome. The Wicked + Divine has been had such a strong run and this collection of stories is exactly what the doctor ordered. Written by Kitty Curran, Kieron Gillen, Chip Zdarsky, and more The Funnies is the appetizer we need before we take a deep dive into the series final arc. 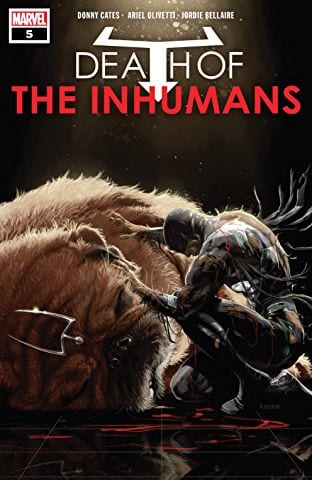 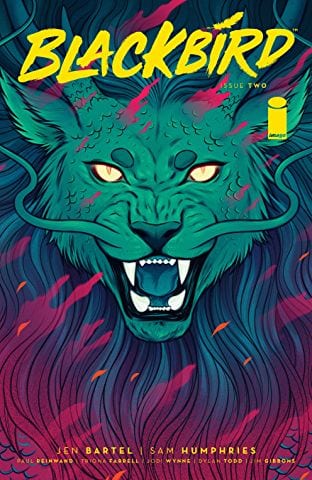 There you have it Geeklings, alllllll the best books to get your mitts on. As always, if you feel like I’ve left anything off this week’s Pull List be sure to sound off in the comments. Or if you’d like to talk more comics with yours truly you can find me on Twitter @iamgeek32. Like I said at the top, this is a tremendous New Comic Book Day filled with some fantastic reads. Now go on out there and get you some comics! Happy reading and many huzzahs!