Geeklings, a very Happy New Comic Book Day to you all! Oh Wednesday, my dear old friend. Welcome back. I haven’t seen you since last week. What new crop of comics do you bring with you? [ Author’s Note- you start talking to days of the week when you’re not entirely sure how you want to open your column and you hope that by writing nonsense that you stumble upon something… I think I got it now.]

The answer to that question is plenty, Wednesday brings with it plenty of comics and you know that the Pull List is here to suggest the best of the best. The cream of the crop. The books that make your wallet cringe in anticipation of emptying itself. Cause what is the goal of the Pull List if not to suggest how you should spend your hard-earned adult dollars. I mean, that’s not exactly true, the goal of the Pull List is to get you to read comics which results in you spending money on said comics then hopefully enjoying them and wanting to go back for more. Let’s call it the “Pull List Factor”. Oooooh, I really like that. Could someone please draw me up a diagram depicting the “Pull List Factor”.  You can send it to me on the Twitter @iamgeek32 and I’ll post it here next week. Be colorful and unique. You totally get points for complimenting your host.

With that being said, it’s Wednesday and we’ve got comics to discuss and this Wednesday is a special New Comic Book Day as it sees the return of two beloved franchises. Which ones? Well, read on if you want to find out.

(of course you want to know, I just said that to build suspense and intrigue) 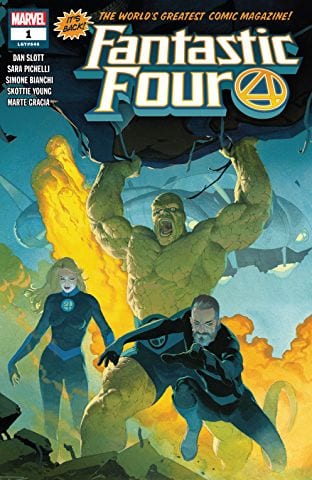 Fantastic Four #1– There hasn’t been a Fantastic Four comic book since 2015 when Marvel, despite what they say, canceled the series as a middle finger to Fox for not playing ball with Marvel Studios. The Richards family has not been seen in the Marvel Universe since 2016 where the conclusion of Secret Wars saw Reed, Sue, and the children head off to space. All that’s about to change as Dan Slott has been tasked with returning Marvel’s first family back to the fold, and I have to say that I’m excited. I’ve never considered myself a huge Fantastic Four fan but their absence within the Marvel Universe can no longer be ignored. Our heroes need the Richards family to bring that level-headedness, sense of family, and super smartness back, and maybe they can be the catalyst to healing some of the wounds that have occurred in their void (Civil War II still looms heavy). I have yet to read the issue but from what I’m hearing this series is going to be a slow burn so prep yourselves Geeklings. The Fantastic Four are on their way back and that’s cause for celebration. 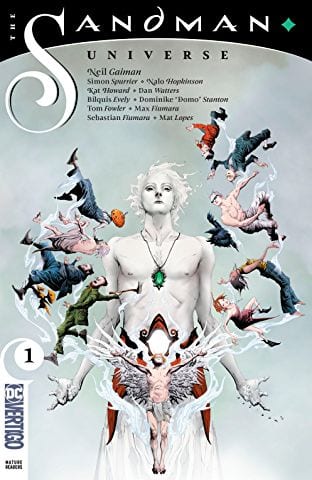 Sandman Universe #1– The Fantastic Four aren’t the only ones returning to comics this week as DC looks to publish its first issue of the Sandman Universe today. Taking Neil Gaiman’s saga and expanding it sounds on paper as an exciting, yet, risky prospect. Sandman is a beloved series with fans who are very protective over its characters. Just look at the reaction to Scott Snyder using Dream during Dark Nights Metal. He was there but what was his purpose exactly? All that aside, DC is publishing the first in a new series of Sandman comics and it’s got my interest. The story involves a world beyond Dreaming, a book that shouldn’t be found in the waking world but is, and a character who is a hero in his dreams and villain in his nightmares. It sounds like there is a lot going on in this book but here’s hoping that this issue re-captures the spirit of Gaiman’s epic saga. 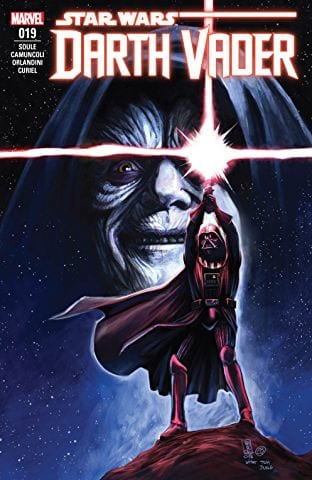 Darth Vader #19– Remember in Rogue One where we got our first glimpse of Darth Vader’s castle located on the very same planet that saw the death of Anakin Skywalker? Did you ever sit back and wonder, “why would Darth Vader go back there and call that place home?” It’s a logical thought for any Star Wars fan to have, I have my theories that involve it being a symbol of everything Anakin sacrificed to become Vader, and Marvel is here to give us some answers. This new arc will go into Lord Vader’s decision and just what it means for him to come back to Mustafar. On top of that, that cover is such a badass throwback to the New Hope poster. I love it! 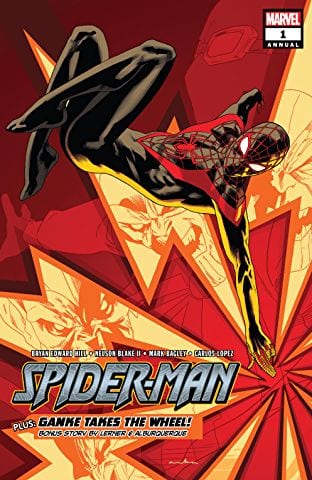 Spider-Man Annual #1– Oh Miles Morales, how I’ve missed you. Ever since Bendis left a few months ago the Marvel Universe has had an extreme lack of Mile Morales and that’s made me quite sad. You know from religiously reading this column every week that I ride and die with Miles, so seeing a book with his name on the cover is enough to make this New Comic Book Day a success. With that being said, this book has me a bit concerned. This annual is a flashback, with Miles future as Spider-Man still up in the air; we instead get a chance to look at the early stages of Miles’ as Spidey during Secret Invasion. The only thing is Miles was in an entirely different universe during that event. I don’t know if Marvel is looking to retcon Miles’s past or what, but this story has me a bit suspect. I am looking forward to seeing someone else take the reins of a Bendis creation though, especially after Kelly Thompson killed it on Jessica Jones, and Bryan Edward Hill is a most excellent choice. Despite my puzzlement over the story, I’m just happy to see Miles on the shelf again. 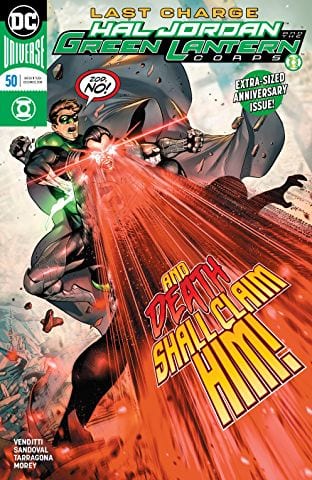 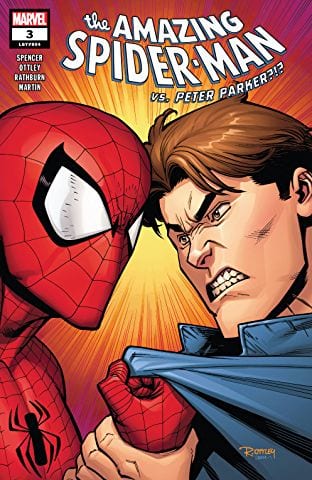 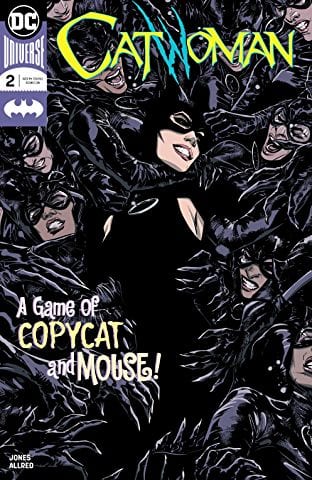 There you have it Geeklings, all the best books to get your grubby little mitts on. As always, if you feel like I’ve left off any books be sure to sound off in the comments. If you’d like to talk comics with yours truly or maybe send me a drawing of the “Pull List Factor” you can find me on the Twitter @iamgeek32. Catch you all here next week, happy reading and many huzzahs!

Images from Marvel and DC Comics