Geeklings, a very Happy New Comic Book Day to you all. It’s Wednesday so that can only mean one thing for us East Coasters… another snow storm. That’s right, I’m currently being hit by my third snow storm in as many weeks. I was under the impression that winter was over. If anyone can find a way to send some sun and warm weather my way I’d be very grateful.

There is a positive to being cooped up in the house due to massive amounts of snow… more time to read comics. When you think about it, isn’t that what life is all about? Comics, comics, comics, comics. Luckily this week has a ton of major books for you guys to get your paws on. Let’s start to break it down. 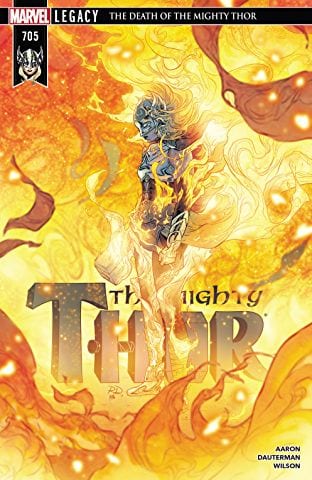 1. The Mighty Thor #705- This is it Geeklings. Anyone who has been reading Jason Aaron’s incredible Thor run knows this story has been in the making for years, and it is finally reaching it’s sure to be gut-wrenching conclusion. Jane Foster’s time as Thor is coming to an end, sadly, and it’s just a matter of how at this point. Will her cancer finally be too much to overcome or will it be Mangog that takes her off the board? I for one have loved Jane Foster as Thor and find her run so beautifully tragic. A person willing to sacrifice everything to be something more even if that means her own health. Jane Foster is a hero and beyond worthy of Mjoliner. May her swan song be as heroic and beautiful as she deserves. 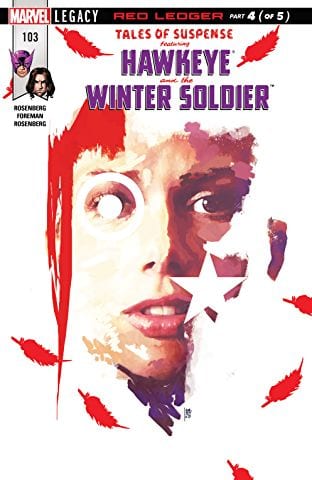 2. Tales of Suspense featuring Hawkeye & The Winter Soldier #103- If you read Secret Empire then you know that somewhere in that event the Black Widow was dealt a death blow from Hydra Cap’s shield. It was one of the last major things to happen in the series before the kind of crappy/basic ending. It was powerful and upsetting and a mark of the importance/badassery of the Black Widow. Well, if you’ve been reading Infinity Countdown then you know that the Widow is back (there was much rejoicing), but you may not know how. Leave it to Tales of Suspense to explain that. We all know that death in comics is pretty cheap/temporary but I for one think the Marvel Universe is better when the Black Widow is doing her spy thing. 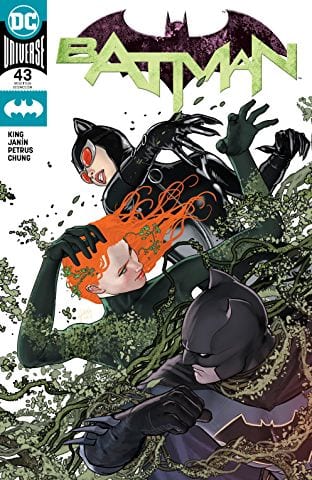 3. Batman #43– Poison Ivy has gained control of the entire world, including the Justice League, through her evil green ways and the only two people who aren’t affected are Batman and Catwoman. Because duh. When last we left this story a Poison Ivy controlled Superman punched Batman quite hard in the face. Like, near death hard. Now he’s in a hospital bed getting checked out by a Poison Ivy controlled Harley Quinn and Catwoman is trying to talk some sense into Ivy. The wedding day is rapidly approaching but I’m sure both Batman and Catwoman would appreciate it if their guests weren’t under some sort of mind control of a supervillain. Oh, wedding stress. 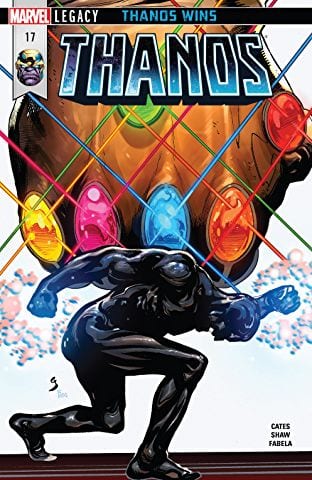 4. Thanos #17- How can I sell you on this series? Hmmm, in the future Thanos is King. Of like, everything. His right-hand man is the Cosmic Ghost Rider who just so happens to be Frank Castle. Yeah, that Frank Castle. Let’s see what else, oh the Silver Surfer is now a menacing black and is wielding Thor’s hammer. You start reading this yet or what? 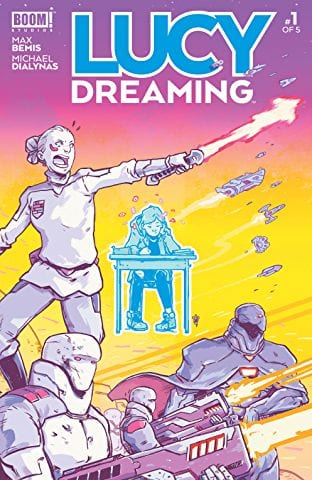 5. Lucy Dreaming #1– Not going to lie Geeklings, I’m a sucker for a coming of age story. That could part of the reason I love stories like Stranger Things and It so much. There’s that feeling of recapturing youth that comes with this genre of storytelling and Lucy Dreaming looks to tap right into it. Lucy is a young girl who isn’t the biggest fan of school and upon first look would just be considered a normal teenage kid. Except Lucy has a power. In her dreams, Lucy gets to live out all her favorite stories. All of them. She’s the star. She’s the hero. It’s here within these dreams that Lucy learns the most about herself and the world that she lives in. Sold! 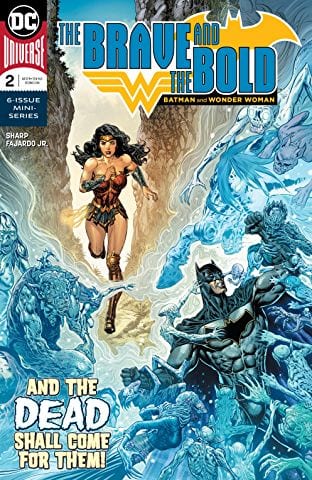 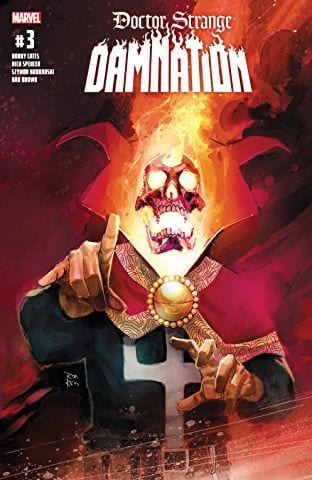 There you have it Geeklings, all the best comics for you to be pulling off your shelves this week. As always, if you feel like I’ve left some books off the list then, by all means, sound off in the comments below. If you’d like to just chat about comics, which I’m all for, you can find me on Twitter @iamgeek32. Tell me what you’re reading, what you think of the column, or even throw out some suggestions. I’m all ears… or eyes in this case. In the meantime those of you braving the snow be safe. Sit home and read or binge watch. Everyone else, happy reading and many huzzahs!