Geeklings, a very Happy New Comic Book Day to you all! How are we all doing on this super fine Wednesday? Moderately fine Wednesday? Wednesday? I just wanted to make sure I covered all the possible Wednesdays. Well good news everyone, yes I said that in the Futurama voice because I’m all types of awesome, if it’s Wednesday then that means there are new comics to be read and if there are new comic books to be read then it means there’s a new Pull List to tell you what comics you should be reading.

What do you say Geeklings? You ready to talk comics? It’s been a long day and the week is almost over. Why not indulge ourselves a little. There are tons of books to get to so let’s jump right in! 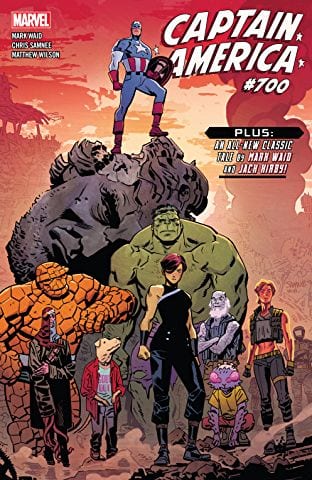 1. Captain America #700- Captain America has been through a lot over the last year. He has been a Hydra Agent, he’s gone on a road trip to find himself, and most recently has woken up in the future to become… the King of America? Captain America #700 looks to celebrate all things Cap and rightfully so! Will Cap be able to return to the present and if so what does that mean for the future? With a new writing team on the horizon, where does Steve Rogers go from here? Look for issue 700 to springboard us to the next chapter of Rogers’s story aaaaaaand it also includes a bonus untold story written by Mark Waid and drawn by Jack Kirby. That’s worth the price of admission alone. 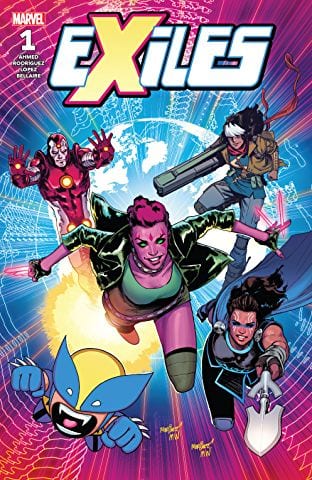 1. Exiles #1– I love the premise of this book. Marvel is collecting a number of random characters from all types of different mediums and throwing them all together to form a team. You’ll see Agent Carter within these pages, and she’ll eventually wield Captain America’s shield, you’ll see that adorable looking animated Wolverine, and you’ll also find Valkyrie from Thor Ragnarok here too among others. Why are these characters banding together? The multiverse is in trouble of course and Nick Fury has assembled a new team. I fully expect this book to be a lot of fun and an opportunity to sneak in some beloved, random Marvel characters. Who knows, maybe some of them will have some staying power as well. Lot of potential to tell some fun stories spanning all areas of the Marvel Universe. 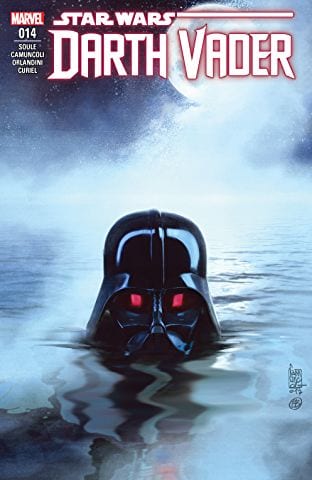 3. Darth Vader #14- I’m just going to speak honestly, I chose this book mostly because of its cover. Look at it. It’s amazing! In all my years of being a Star Wars fan, I never once envisioned Darth Vader emerging from the water, mostly because I thought it would short-circuit his suit and kill him, but I wish I had because this visual is terrifying. Darth Vader has been a fantastic book showing us the early years of Vader and it’s made the character even more complex and helped to re-establish the glory of his badassery that the prequels tried to take from us. Marvel’s Vader comics have been a must-read for any Star Wars fan. 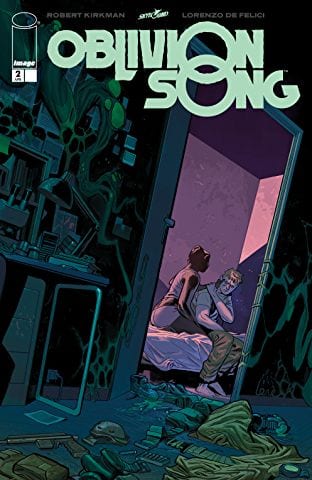 4. Oblivion Song #2– Robert Kirkman’s latest comic series is off and running and there’s not a zombie in sight. Taking place in the future it appears that Philidelphia has been transported to another dimension where the citizens are hunted by giant monster creatures. While the government has given up on the city, it’s been about ten years, there is one man who continues to journey to the City of Brotherly Love in the hopes of making rescues. Whether or not his intentions are genuine or not are up to you decided. What’s he really looking for? What are his true motives? Can we even trust him? Kirkman’s latest is a lot of fun and promises to be an ever-evolving story. Plus, did I mention monsters? Give it a read before it’s a hundred issues in and everyone keeps telling you how amazing it is. 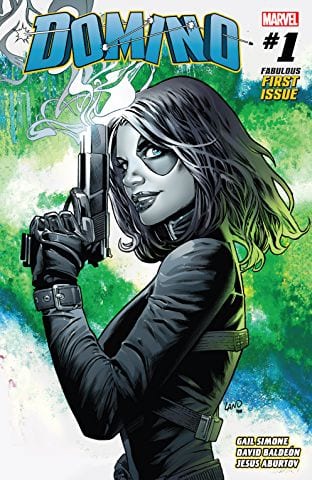 5. Domino #1– Brace yourselves, I’m about to make a bold prediction. Domino is going to be the break out character of Deadpool 2. Just you wait. She’s going to melt faces, my friends. Marvel, knowing what to expect, tried to get ahead of that popularity by giving the X-Force badass her own book. Issue one sees Domino on the run as every mercenary in the Marvel universe is after her since she’s lost her powers. Yeah, that sounds like a recipe for some awesome. Plus it’s written by Gail Simone. What more could you guys want here? 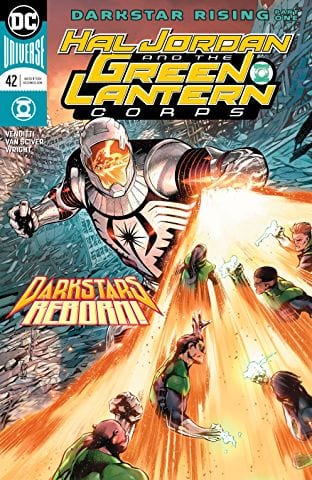 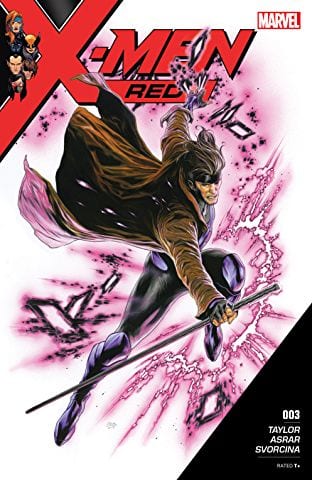 There you have it Geeklings, all the best books to get your mitts on. As always, if you feel like I’ve left anything off the list this week sound off in the comments. If you’d like to talk more comics with me then you can find me on Twitter @iamgeek32. Drop me a line and let’s talk comics. One can never have enough comics to read. Until next time my friends, happy reading and many huzzahs!