Geeklings, a very happy Fourth of July to you all! I know having the holiday fall in the middle of the week is a bit strange for those of us who are not on summer vacation. Yes, it’s fantastic having a day off during the week but it’s almost like the holiday is giving us two Monday’s and that’s kind of cruel. I’m here to petition that you don’t think of it that way. Think of this holiday as a gift. Because Geeklings, not only is today the birth of America, no, today is also New Comic Book Day! Dare I ask, what’s more, American than that? Probably a million things buuuuut those million things don’t fit the theme of this piece so we’re just going to roll with it.

Just think of the ways that New Comic Book Day enhances your Fourth of July. You’ve got sun. You’ve got beaches or pools if you hate sand and large crowds of people making questionable bathing suit choices. You’ve got hot dogs and hamburgers. You’ve got fireworks. And, you’ve got comic books! Seriously, every holiday is made better with the inclusion of comic books. It’s a fact. Much like George Washington, I can not tell a lie.

So, get your sunscreen out, your bathing suits prepped, and your hot dogs on the grill because once I give you this week’s Pull List none of those things are going to really matter anymore. You’re going to want to just jump right into reading. Now, without further ado here are the week’s best books. 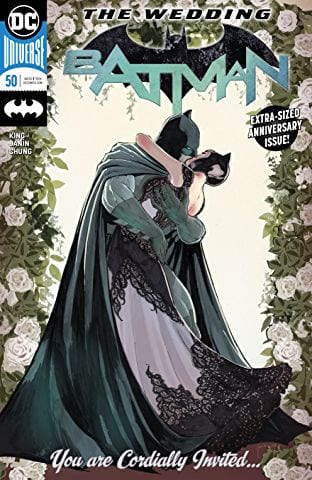 1. Batman #50- I would argue that this is the most important book hitting the shelves today. I have spent the better half of a week avoiding the spoilers that have been floating around the interwebs since the advance reviews of the book were made public, and I succeed. I woke up this morning at eight o’clock (on a holiday), downloaded my comics, and jumped right in. Geeklings, Batman #50 is beautiful. It’s a heartwarming, breaking, fantastic tribute to the legacy of Batman, the promise of love, and the connection between the Bat and Cat. Tom King has weaved a narrative that has played on our heartstrings. King’s superb writing is on full display with his ability to make the relationship between Batman and Catwoman so damn believable and engaging. I’m a hopeless romantic, and while I know this is a comic book wedding, and a Batman one at that, I couldn’t help but become fully invested in the relationship between the two. I wanted this to succeed because King has enhanced my love for both characters by showing us just how much better they make each other. This issue is chalk full of tremendous Batman artists (Miller, Capullo, Lee, Mann, and others) and each one of them are given a moment to shine. Although, it’s King’s storytelling that is the real star of this issue. Avoid spoilers. Get your tissues. Prep yourselves for the comic book wedding of the year. King has said his Batman run is telling one long story over a hundred issues, and if the next fifty or anything like the first fifty then we are in for something truly incredible. 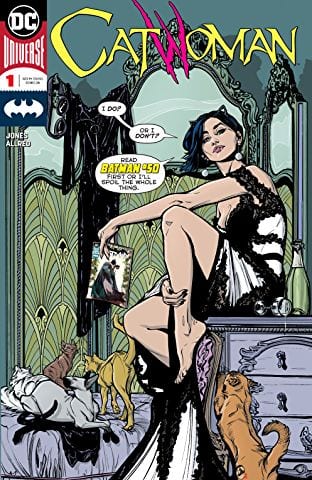 2. Catwoman #1– Oh, did you say you wanted more wedding goodness? Well, DC’s got you covered Geeklings. As soon as you’re done reading Batman #50 be sure to turn directly to the pages of Catwoman #1 to see what comes next. While I haven’t read this issue yet it’s on the top of my to-read pile for later today. I can’t get into this issue without touching on spoilers from Batman #50 which limits the things I can tell you guys. My advice, please pay attention to Selina Kyle’s fourth wall breaking on the cover. Don’t read this issue until you’ve read Batman #50. There are spoilers afoot. I can say though that I love that the kick off to Catwoman’s new solo series is a companion piece to the biggest Batman book of the year. It’s like DC’s wedding gift to us. And we didn’t even get married! 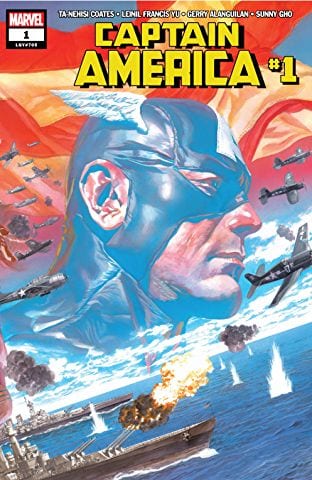 3. Captain America #1- Marvel did it right holding off on the release of their new Captain America series until the Fourth of July because, let’s be honest, what could possibly be more American than Captain America? Seriously, this guy punched Hitler in the face! After you celebrate all things wedding related I suggest you head over to Marvel and crack open Captain America #1 and remind yourself why Steve Rogers is our superhero moral compass. It’s been a tough year for Cap with the whole Hydra thing and all, and this new series looks to explore the redemption of Steve Rogers. Written by Ta-Nehisi Coates, the very same Ta-Naehisi Coates who is killing it on Black Panther, a new status quo is coming to our Star-Spangled Avenger and I have faith this run is going to truly be something special. 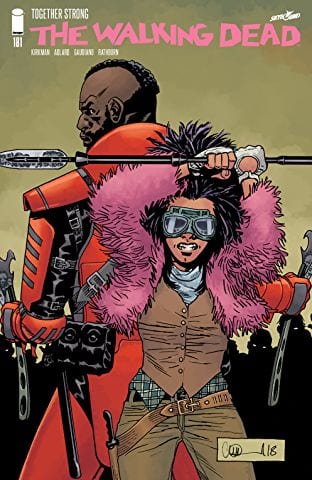 4. The Walking Dead #181- There has been a lot of changes within the pages of The Walking Dead as of late with new power dynamics and the loss of some core characters. There’s no denying that Robert Kirkman has kind of re-molded the shape of this universe and that’s to be expected with a series that is close to hitting two hundred issues. Things need to evolve for the story to remain interesting, and issue #181 looks to take The Walking Dead into a new direction. This issue will start that new direction as Rick looks to show the Governor of the Commonwealth all the town and communities that have been working with Alexandria over the last three years. Kind of a lay of the land if you will. Fully expect things to go horribly wrong. This is The Walking Dead after all. We’re not reading this because it’s a happy story. 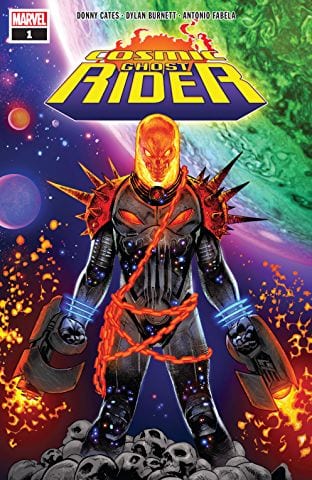 5. Cosmic Ghost Rider #1– One of the craziest things to come out of the latest Thanos series was the Cosmic Ghost Rider who ended up being none other than Frank Castle. That’s right, in the future, Frank Castle, the Punisher, strikes a deal with the devil that turns him into Ghost Rider, then strikes another deal with Galactus which gives him all these crazy cosmic powers, and then he eventually meets Thanos and… yeah, doesn’t work out so much. While Thanos was such an awesome book, with the Cosmic Ghost Rider being the breakout star, it was only a matter of time before Marvel gave him his own series. Even though this series is a mini, only five issues, expect further bonkers adventures from everyone’s new favorite type of Frank Castle. Written by Donny Cates, who is having himself quite the year, I can’t wait to spend a little more time in this universe with this character. Maybe five issues aren’t enough. 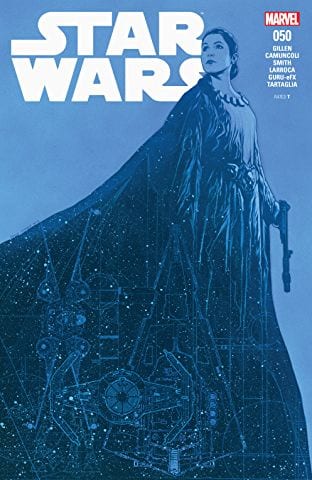 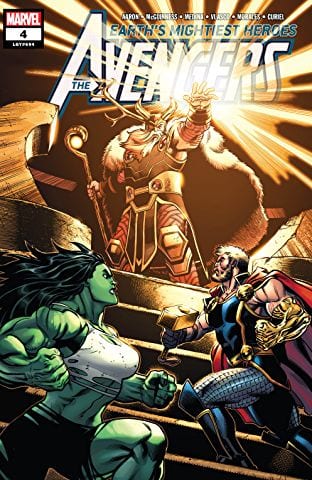 There you have it Geeklings, alllllll the best books to help you celebrate this Fourth of July! Be sure to read comics between all your hot dog contests and fireworks displays. It’s what Captain America would want you to do. As always if you feel like I’ve left out any books sound off in the comments below or you can find me on the Twitter @iamgeek32. Let’s talk comics. Let’s talk Batman #50. Let’s talk about anything your little hearts desire. I’ll be back here next week with a brand new Pull List but in the meantime, I hope you all have a safe and happy holiday. Happy reading and many huzzahs!