Geeklings, a very Happy New Comic Book Day to you all! How is this Wednesday treating you thus far? Have you gone to your local comic book shop yet? Or maybe downloaded your comics to your Fancy Comic Book Readers or ipads as they’re normally referred to. If not, may I ask you why? Don’t give me that work excuse either. We all know that comics trump work… but I get it. Got to make that cash flow so you can buy comics. Man, you guys are so clever. Well, while you’re out there working I’ll be over here, on vacation, reading comics. I know, try not to be jealous. Or maybe be jealous. I’m not here to tell you how to live your lives.

What I am here to do is tell you what comics you should be reading, and considering that it’s Wednesday, New Comic Book Day, and this is the Pull List that’s exactly what I’m going to do. So, without further delay let’s get to this week’s books. This short intro in no way has to do with my desire to sit out in the sun, he said clearly lying. 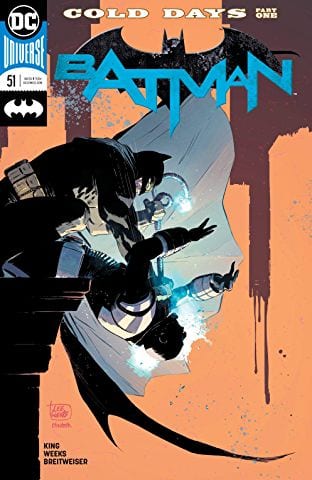 1. Batman #51– When we last saw Batman he was getting left at the altar, and one has to wonder just what something like that is going to do to the Caped Crusader. Here’s a man who opened up his heart, allowed himself to be happy, expressed love and the hope of a future, and what did he get for it? More darkness. More pain. Less cats. Tom King enters the first issue of his next fifty and looks to deal with the fallout of the wedding that never was. This issue also brings back Dick Grayson and Mr. Freeze who I’m sure is there as a metaphor for how cold and dead Batman is inside now… or he’s there to be a villain too. Maybe a little bit of both? 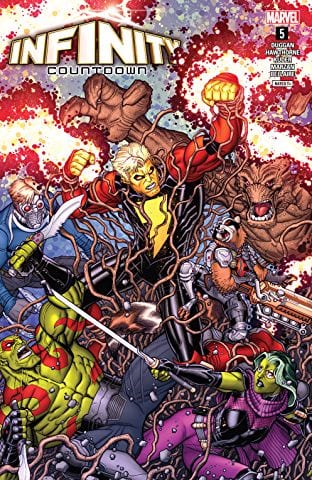 2. Infinity Countdown #5– This is it, the final Infinity Countdown issue before we start Infinity Wars and for a five issue mini-series I have to say… not a lot has been resolved. The Infinity Stones are still more or less scattered, Ultron doesn’t really seem to be a threat anymore, Galactus and the Silver Surfer are buddies again which means bye-bye planets, and Groot can talk in full sentences. Sort of. There’s still a lot of third person there but the thoughts are more coherent. Infinity Countdown still has a number of questions left to answer, like who is this Requiem person and why is Drax such a good saxophone player? Here’s hoping that this issue tightens up the board a little and brings some of these Infinity Stones a bit closer. With Ultron out of the way who is going to step up as the big bad? Requiem? Perhaps everyone’s favorite snapping alien, Thanos? Cause we know if there are Infinity Stones afoot then Thanos can’t be too far away. 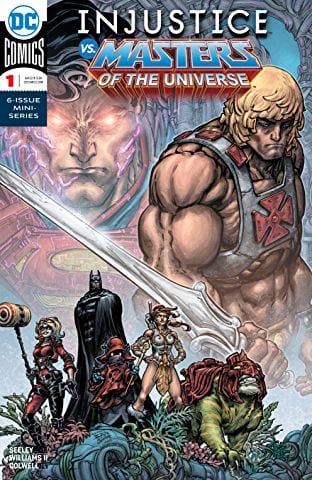 3. Injustice vs Masters of the Universe #1– The Injustice series is hands down one of my favorite DC books and seeing that brand expand has me a bit excited. Seeing that that expansion has to do with He-Man and the Masters of the Universe is enough to send the 80’s child me into a full-on geek out! Like the type that would see me running around in circles shouting “yippy” for some reason. He-Man was my jam when I was a kid and seeing him and Eternia get a chance to shine a little is fine by me. The Injustice Universe is like the DC Universe but with little regard to the lives of characters and your emotions. This should be the perfect marriage, right?! Oh my God, how’s Batman going to react when he sees something like Orko or Mossman?! Ahhhhhh, I need to read this! 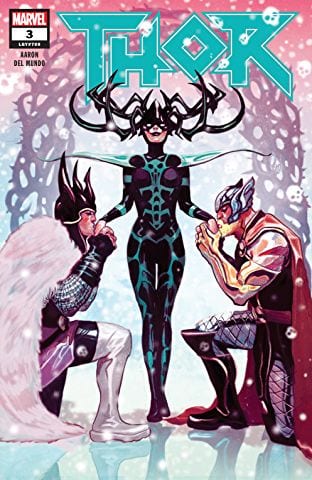 4. Thor #3– How many of you mentally prepped yourself for a comic book wedding a couple of weeks ago only to find that love between a bat and a cat did not exist? Or at least not in the “I do” kind of way. Well, I’ve got some good news. There’s another comic book wedding to attend and this one is going to be a real barn burner considering its location is in Hel! That’s right, Hella, the goddess of death, is about to marry either Thor or Loki and my money is on the god of mischief. Just makes more sense. As we’ve seen in the Avengers book and in the pages of Jason Aaron’s ongoing Thor series, Loki has something huge planned and one has to wonder if marrying Hella is apart of that plan. Not to mention the War of the Realms draws closer. Man, these Thor comics are crazy good. 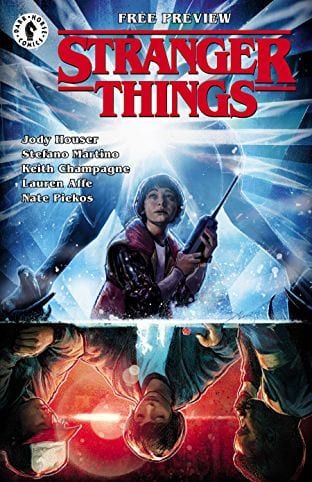 5. Starnger Things Ashcan- A month or so ago it was announced that Dark Horse would be releasing a Stranger Things comic series with the intention of filling in the blanks of what happened to Will Byers while he was in the Upsidedown. This news was met with a resounding, “Hell Yes”, from yours truly and I started to anxiously wait for its September release. Fast-forward to today where a free preview of that first issue has been released. Free. Preview. Now I’m not sure if you’re local comic book shops will be carrying this, I would imagine they have some limited copies, but fear not because it’s up in Comixology just waiting for your download. If the Starcourt Mall trailer wasn’t enough for you then a free Stranger Things comic will certainly have you shouting, “Ahoy”! 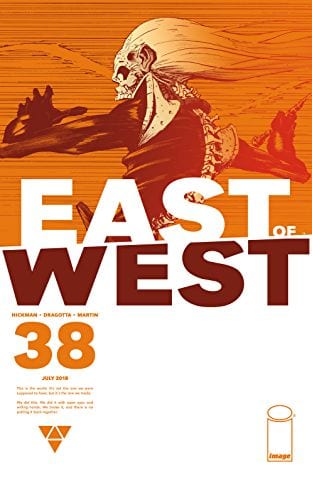 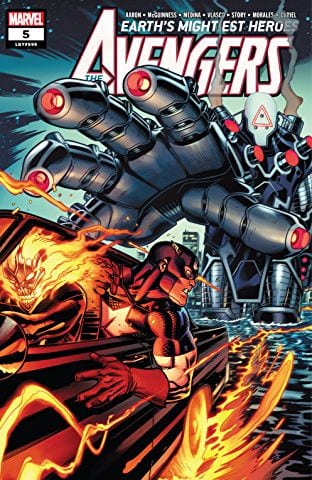 There you have it Geeklings, all the best books to get your grubby little mitts on this week. As always, if you feel like I’ve left anything off this week’s Pull List sound off in the comments. If you’d like to have further in-depth comic conversations with yours truly then you can find me on the Twitter @iamgeek32. Now if you’ll excuse me, the sun is shining, the comics are calling, and there is vacation to be had. I’ll see you all next week, happy reading and many huzzahs!