There is an entire community dedicated to collecting props from your favorite shows and movies. Fans all over the world hunt down and collect anything they can from the properties and franchises that they love.  One of the biggest and most sought after franchises is Marvel.  As the Marvel Cinematic Universe has grow, so has the fandom and the demand to add key props and costumes from its films and shows.  The key to owning these props is finding them, as limited amounts of props and costumes make it into the public’s hands.  One place to look is HeroProp.com, who currently has some pretty amazing items available to purchase.

Whether it’s Captain America, Iron Man, Thor, or Spider-Man, Hero Prop has something for every MCU fan!

It’s the stunt version of Captain America’s main sidearm used in the production of the 2011 Joe Johnson superhero film Captain America: The First Avenger. In the film, Steve Rogers, a rejected military soldier, transforms into Captain America after taking a dose of a “Super-Soldier serum”.

This is a stunt gun, made of foam rubber and was cast from the live fire hero. This piece is dark grey in color with brown grips and features cast in markings of the real gun Accompanying the pistol is a standard issue brown leather holster with metal clip on the back and the lettering ‘US” molded into the leather. 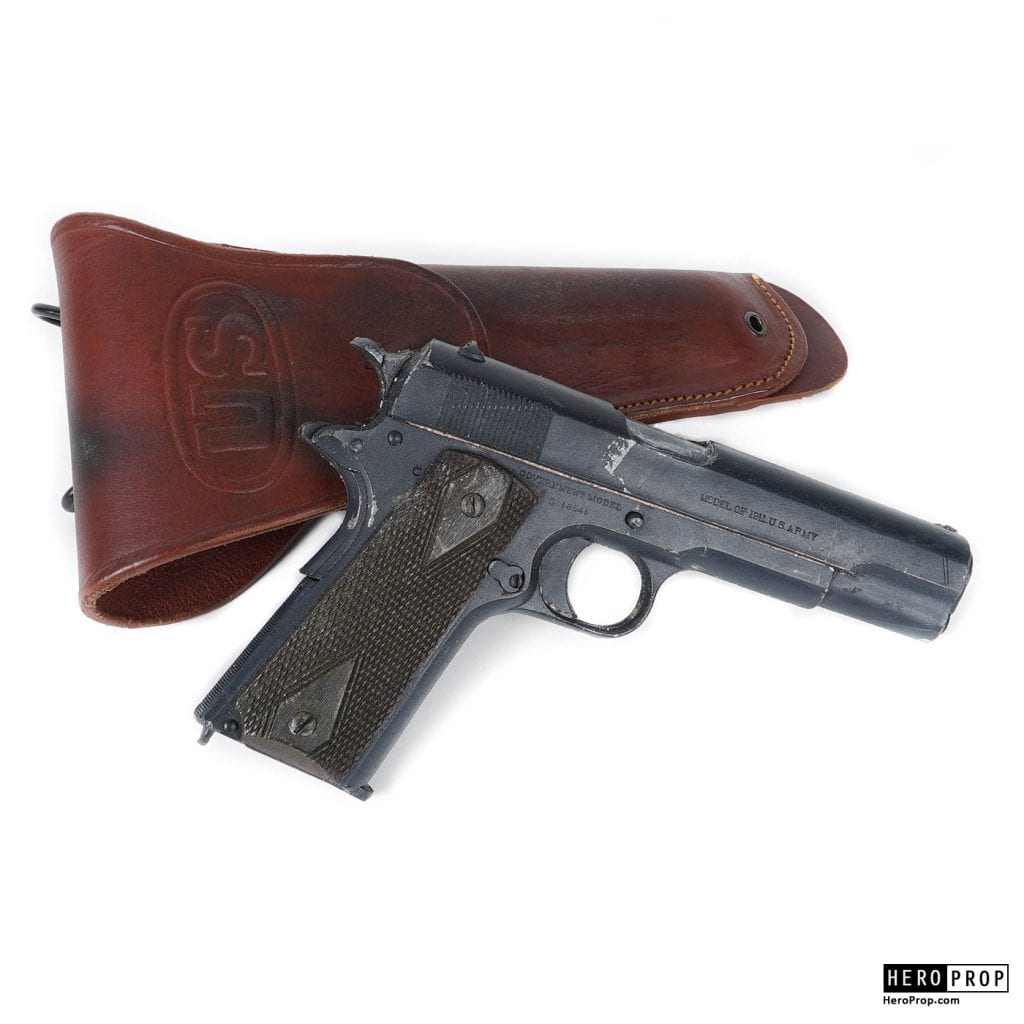 Next up is probably the other most popular Marvel character, Iron Man. Front and center on Iron Man is his arc reactor and you can own the one from Iron Man 2.

This original production made arc reactor is constructed of 2′ x 3″ tooled aluminum ring casing with white acrylic disc on the face. The Hand Repulsor is also tooled aluminum and measures 2″ in diameter. Displayed on a custom acrylic display with working battery packs hidden in the back that are both activated with switches. A very impressive display from a very popular film franchise.

Maybe you’re a fan of Marvel television properties, like Jessica Jones? Well HeroProp’s got you covered there too!

Jessica’s fake hospital ID badge featured in Jessica Jones and an empty Winston Supreme Canadian Whisky bottle and glass.  Marvel fans will note that Winston is the whiskey of choice for Tony Stark! These items were originally sold in the studio sanctioned auctions and remains in excellent, production used condition.

There’s more Marvel available on HeroProp.com and they are always adding new props and costumes daily. It’s a great resource to build your Marvel collection and they offer payment plans.  They’re easy to work with, quick to ship, and extremely knowledgeable about prop collecting, movies, and television.

What’s in your Marvel collection? Let us know in the comments below!