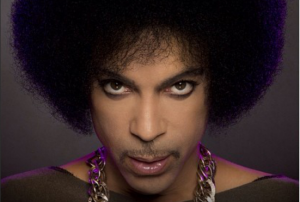 The wait is over!  After a LONG absence, music from the late and legendary artist Prince is now available on all streaming service platforms.

For the past two year, Prince’s music has been missing from the majority of the streaming scene and was only available, exclusively, on Tidal.

Warner Bros. announced on Sunday (the day of the Grammys) that 27 of Prince’s albums, including Purple Rain, 1999 and Sign O’ The Times would be available through Spotify, Apple Music, Pandora and other services.

“Prince recorded his most influential and popular music during his time with Warner Bros. and we are deeply aware of our responsibility to safeguard and nurture his incredible legacy. Warner Bros. is thrilled to be able to bring Prince’s music to his millions of fans around the world via streaming services, fittingly on music’s biggest night.”

Prince was extremely protective of the rights to his music which is why he chose to exclusively partner with Tidal.  After his tragic death in April 2016 the streaming service held on to those rights until a decision was made by his estate to release his music on other platforms.  Of this, Strang said:

“When we make any of Prince’s music available to fans — from the hits to unreleased gems — we are committed to upholding Prince’s high creative standards and we know fans will be thrilled when they hear these albums and see these films.”

Personally, I have the Purple Rain album on repeat right now.  Check out your favorite streaming platform so you can rock out to our favorite Prince classics too!