This past Monday Prince Harry and Meghan Markle announced their engagement to the world and were met with much support and congratulations from across the world.

Of course, many were wondering what Harry’s brother Prince William would have to say about the announcement and shortly after, he and Kate released their official statement on the Kensington Palace Twitter page.

The Duke and Duchess of Cambridge said of the engagement:
‘We are very excited for Harry and Meghan. It has been wonderful getting to
know Meghan and to see how happy she and Harry are together.’

However, since the two have always had quite the close and hilarious brotherly relationship, it was only a matter of time before the wit came out.

So, naturally, people were hoping for William’s true feelings about the engagement to come out and boy, it did not disappoint. While speaking with reporters earlier today William gave another statement that truly exemplifies brotherly love.

“We’re very excited and delighted for them both, and wish them all the happiness in this very exciting time. For me, personally, I hope it means he stays out of my fridge and will stop him scrounging my food, which he’s done for the last few years.”

There’s nothing like a good zing when your brother is going through one of his biggest life events!

This isn’t the first time that Harry’s scavenging has come. Just last year Newsweek wrote a feature on Prince Harry where it was revealed that Harry “often pops into their apartment at Kensington Palace, where [Kate Middleton] cooks him a meal—roast chicken is reportedly a particular favorite.”

Kate doesn’t quite reflect William’s sentiments though. She also spoke to reporters this morning and had a very lovely response to the engagement.

Middleton, who is pregnant with her and William’s third child said, “William and I are absolutely thrilled. It’s such exciting news. It’s a really happy time for any couple and we wish them all the best and hope they enjoy this happy moment.”

We will have to wait and see if Harry gets his chance for a comeback, but either way, cheers to the happy couple! They are expected to be married in Spring 2018, which gives the US plenty of time to prepare for Suit’s alum Meghan Markle’s induction into roaylty. 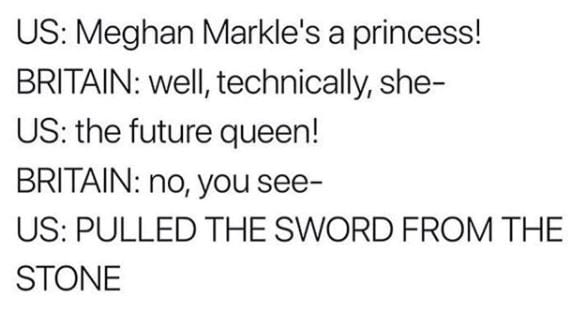