Prince Harry was seen crying at Queen Elizabeth II’s funeral service alongside his wife Meghan Markle, sister-in-law Kate Middleton, and brother Prince William. The casket of Queen Elizabeth II was carried from Buckingham Palace to Westminster Hall during a procession that included several members of the Royal Family, such as Prince Harry and his brother Prince William. After the Service for the Reception of Her Majesty’s Coffin at Westminster, William and Harry were joined by their spouses, Middleton and Markle, for the Service of Thanksgiving. 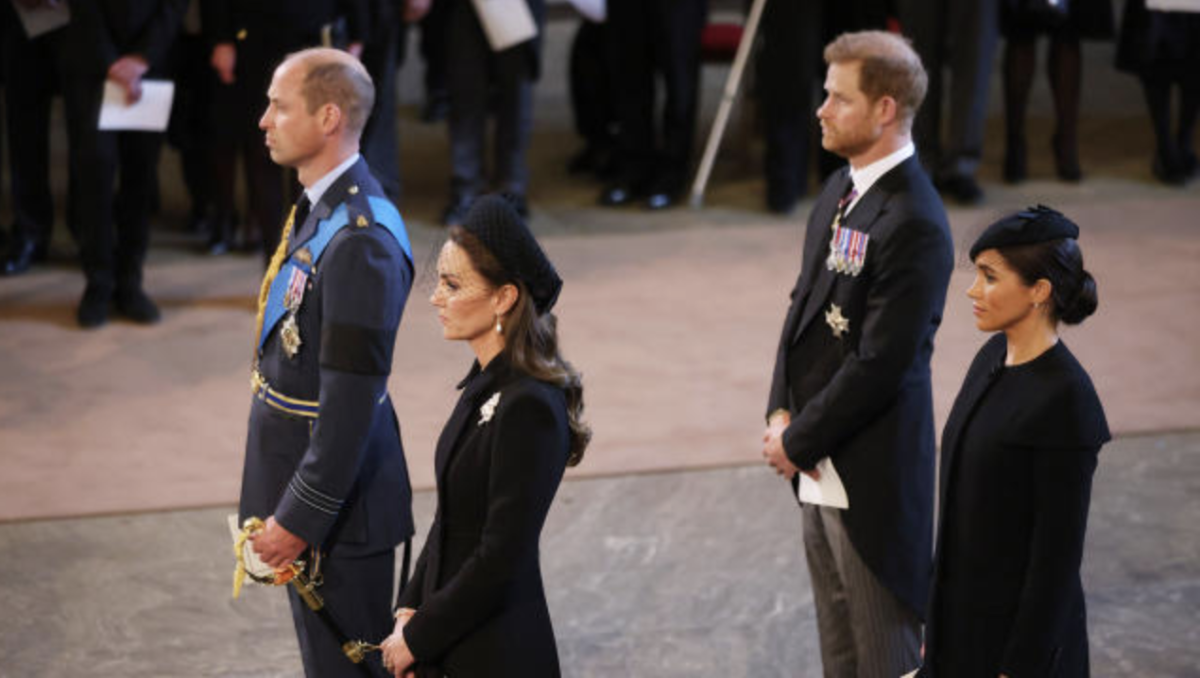 As published by ET Online, cameras captured Harry’s tears inside Westminster as he paid tribute to his late grandmother. Other Royals present for the memorial include Princess Anne, Prince Andrew, and Prince Edward. The queen’s casket will now lie in state at Westminster Abbey until her official funeral on Monday, Sept 19. According to ET notes, members of the public have already begun lining up to pay their respects.

Members of the Royal Family stood in formation facing the casket on its purple-covered catafalque during the service. Harry appeared to be weeping as he wiped tears from his eyes at this point.

During the service, members of the Royal Family stood in formation facing the coffin on its purple-covered catafalque.

As it continued an emotional Prince Harry appeared to lose his composure as he was seen wiping tears from his eyes 😔 pic.twitter.com/QbuZ0snNIm

Interestingly, during the coffin procession for Queen Elizabeth II, many noticed that Harry didn’t salute his grandmother’s casket.

According to Us Weekly, Prince Harry and his uncle Prince Andrew wore black suits for the procession, but several of their relatives – including King Charles III and William – were clothed in their military service clothing.

This is owing to the fact that neither Harry nor Andrew are any longer members of the Royal Family, and so they were supposed to just now their heads in respect rather than pay homage to the coffin, despite both having served in the British military.

Harry served for ten years in the armed forces, but he stepped down from his more important royal duties in 2020, along with his wife Meghan Markle. The duo has two children: 3-year-old Archie and 15-month-old Lili. They relocated to California to pursue a career at Archewell Inc., an American public organization that focuses on non-profit activities and creative media enterprises. Harry abandoned three honorary military ranks as a result of retiring from his Royal life.

On Thursday, Sept. 15, Queen Elizabeth II passed away after reigning for over seven decades. 8, at 96 years old Only 18 months after her husband of more than 73 years, Prince Philip, Duke of Edinburgh passed away, she has now joined him.

The Queen died at Balmoral, her favorite palace located in the Scottish Highlands. This was purchased by her great-great grandfather, Prince Albert for Queen Victoria back in 1852. She was surrounded by her loved ones. Elizabeth II, Harry’s mother, succumbs to Charles, her eldest son — and Harry’s father — as head of the British monarchy.