Three episodes in and I feel that Preacher has settled in and found it’s groove. I think you can count those first two episodes as one big intro, and for such a small town, there has been a lot to cover. Once the show felt comfortable making the general introductions it has let these characters start to fuel this narrative, and this week started to open the door to some of the answers to Jesse and Tulip’s past. A past that had all types of Reservoir Dogs vibes. 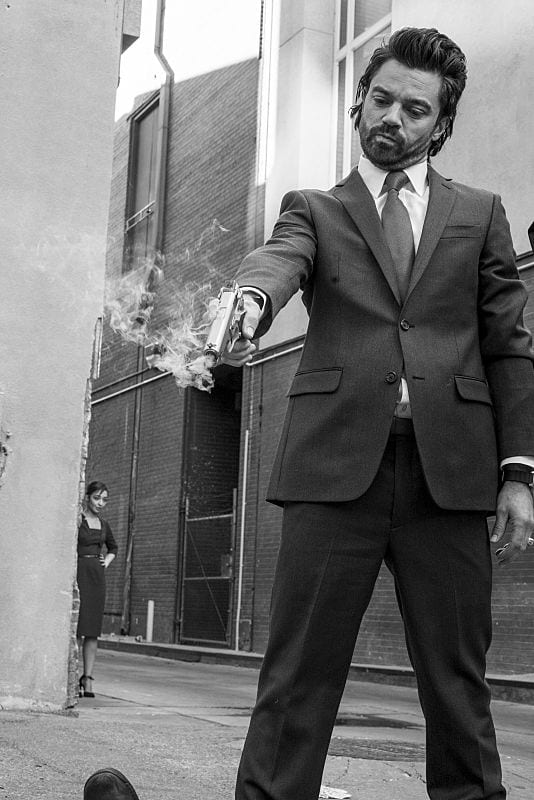 We start off seeing Tulip trading that mysterious treasure map (any one want to bet that the man who got the map is that creepy cowboy from last weeks cold open?) for the location of the man who did her and Jesse wrong during a heist. When it came to Jesse’s past there was little doubt that he was a bad man, but for some reason I hadn’t pegged him a murderer. In the Reservoir Dogs inspired flashback (think the scene where Mr. White guns down the cop car) we see him pointing a gun at a fallen ambulance worker while Tulip watches as their get away car gets away without them. Yeah that would be enough to light the revenge fuel under someone. You can see the justification in Tulip wanting to get even with Eric , and you can even understand why Jesse agrees to join her.

Tulip really had a standout episode as we finally got to see her in action, and not just blow up your farm house action either, but we see how she’s been able to survive as a criminal for so long. There’s a smoothness to her that comes with her ability to think on her feet which is kept in balance with willingness to get her hands dirty. Tulip is combustible and we got to see all elements of that with her interaction with the police officer who pulled her over. She was very smooth in being able to talk her way out of a ticket but one has to wonder if push came to shove would she have shot that cop? I think the answer is yes. Tulip has this “I’m going to do what I need to do to survive” mentality, and that speeding ticket was going to keep her from her revenge. That ain’t going to happen.

While it wasn’t a total surprise that Jesse joined her for operation “Break Every Bone In Eric’s Body” it was a little discomforting considering how he just discovered this power. Prior to tagging along with Tulip he just opened the eyes of a comma patient (who could be connected to Eugene) and was confiding with Cassidy while making him do things that he had no control over, like admitting he was a Justin Bieber fan and “flying” into a wall. That exchange was pretty humorous, mostly because the chemistry between Jesse and Cassidy is fantastic, but there was a nagging feeling of worry. The power that the space demon has provided is strong and could easily corrupt someone. I stand by my theory that it chose Jesse because he’s corruptible, and we saw that with how easily he changed his mind with the mention of Eric. He’s been saying no for two weeks but once he heard that revenge was possible complete change of heart. One also has to assume he was wondering what he could have done to Eric with his no found abilities. 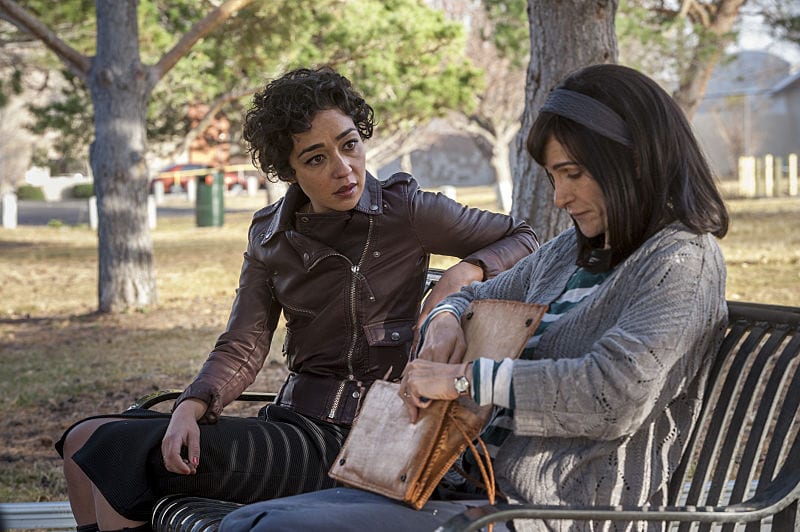 Yet, I think this power scares Jesse. I want to believe that he recognizes the darkness within it, and the bathroom scene with Donny was intense in how uncomfortable it was. Donny believes that he’s a tough guy, even though he’s kind of putz who happens to be a bully too, and Jesse is clearly not scared of him. There’s nothing that pisses off a bully more than his prey not being scared. Jesse quickly uses his power to turn the tables on Donny, and next thing we know he’s sitting on the toilet with a gun in his mouth. I want to believe that Jesse can be redeemed and this scene gave a little bit of hope for that. I’m not sure, due to the flashbacks not being fully fleshed out, if Jesse is worthy of redemption but as of right now I’m pulling for him. Who among you didn’t root for Walter White in the beginning? Exactly. The transformation here though is watching a bad man try to become good, opposed to watching a broken man find that he’s so good at being a bad man. Just a thought.

The bathroom encounter was enough to snap Jesse back into reality and he left Tulip behind, walking that long road back to his car. The lazy part of me couldn’t help but think that he was better off calling a cab but maybe the walk was some sort of penance he was putting himself through for giving into temptation. Or it could have just been a walk.

Jesse’s problems don’t stop with Tulip though. You have to believe that his knowledge that she’s in town to get Eric is going to weigh on him and I suspect his main struggle will be trying to forgive him. Will that be possible with our Men In Black Cowboys though? We learned a bit more about them this week, and I enjoy how not in-sync they are with each other. They are from the government (heaven) and are here to put the space demon back in it’s tin can home, much to Cassidy’s relief. I also enjoy how they can’t die because there is this certain slap stick quality to it. Granted, the deaths have been pretty grizzly so far, but it could become a running gag just like the church sign. 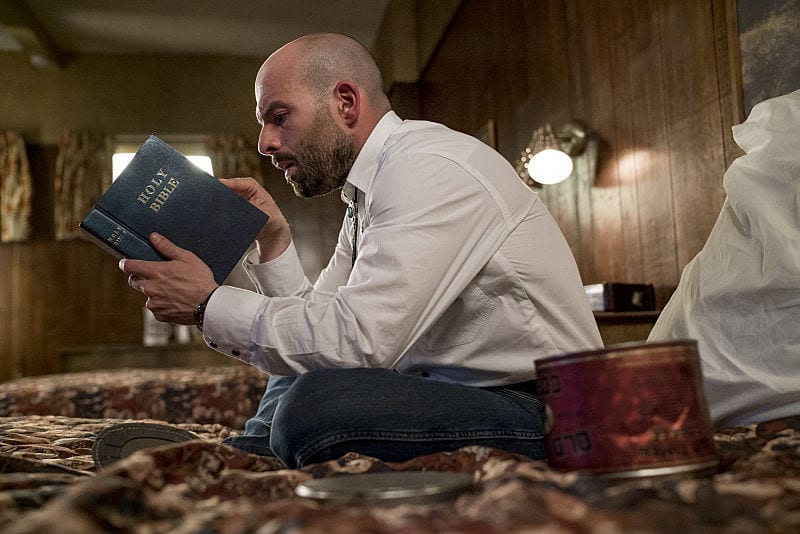 Cassidy seems to be willing to help them talk Jesse into giving up the space demon, but I’m not entirely sure I trust him on that. I think Cassidy recognizes the potential of having a power like that, and would hate to see Jesse give it up before he’s able to have his fun. I believe that Cassidy sees Jesse as a friend but he definitely has motives of his own. Perhaps using that power to get rid of a certain group of vampire hunters?

There we have it Geeklins, three episodes in and we’re starting to get a sneak peaks in to the larger world of Preacher and it seems like this narrative is going to expand pretty far. I wonder if Jesse will be able to stay true to his promise now that he knows that Eric is out there or if Cassidy will really being working with the agents of heaven. Not to mention where does the guy, who finds cows being slaughtered as comforting background noise, fit in to all this?

Feel free to sound off with your theories below.