We are officially past the half way mark on the first season of Preacher and things are starting to heat up. It seems like the board has been set, or at the very least outlined, and we’re going to start moving towards some sort of resolution. But what could that possibly be? You have to figure our government officials are either going to win their battle or lose it when it comes to Jesse and the space demon. Tulip won’t stop until she gets revenge. Cassidy… well he’s going to still be a vampire. And our mystery cowboy from this weeks opening. At some point we’re going to have to figure out where he belongs in all this. 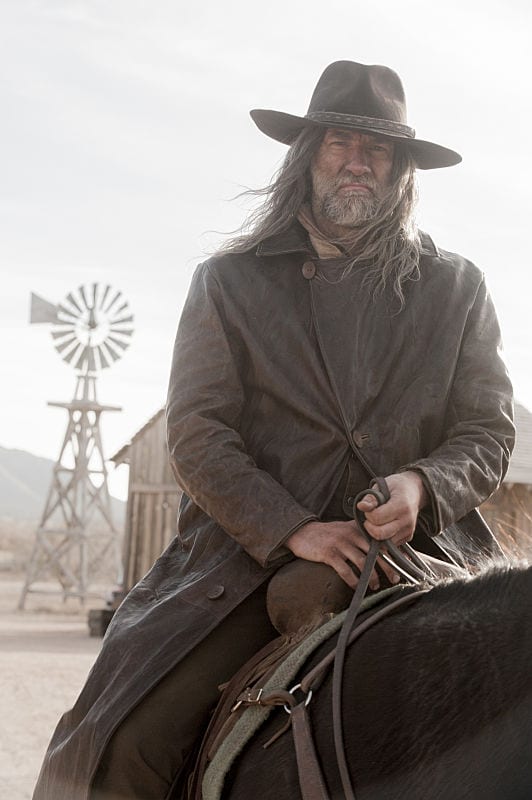 As a matter of fact let’s start with that opening because it was pretty compelling in how stark and bleak the west was (it was also shot beautifully). I still got the Richard Alpert (from LOST) vibes with the cowboys mission, but there was something ruthless in him that shouts through his quietness. If I’m being honest with you guys, and why shouldn’t I be, I actually wished this flashback lasted longer. I could have gone an entire episode finding out what happened after the cowboy discovered his family dead. The cure he went to get now useless and broken on the floor. It appears that it wasn’t the illness that killed his daughter but maybe some travelers. Either way I’m curious to how this story fits into the larger narrative of Preacher. The death tree keeps popping up almost to remind us that there’s something lurking in the shadows. I’m currently standing by my theory that the cowboy is the man who got Tulip’s map, but we shall see.

Eugene… can someone just give this kid a hug? Everything about his existence is pretty brutal, and I’m not just talking about what happened to his face. Having to live in a town where everyone hates you, to the point where they break into your home and spray paint arrows pointing at shotguns in hopes that he’ll finish the job, must be awful, and his home life is no better. Over the first four episodes we’ve seen how Eugene’s (I refuse to call him Arseface. It’s too mean) father is uncomfortable with him, but this week he spoke his heart as he urged his son to maybe finish the job he started. That moment was tough to watch and a bit heavy. I’m still curious to know what he’s done, and if it will change my opinion on him, but as of right now Eugene continues to be majorly sympathetic and kind of sweet in that I’m lost with no purpose kind of way.

Which makes me wonder if what Jesse did for him is good. Getting the mother to “forgive” him is nice and all but we know it’s not actual forgiveness, it’s induced by the space demon. My theory is that all that hate and rage gets buried deep down inside while the command of the space demon stays on top. My question is what happens when that wears off? Say if the dudes from Heaven are able to get the space demon back, does all of Jesse’s work wear off? You would think so, right? In that case wouldn’t that result be much worse for Eugene? There has to be some kind of payoff with the space demon, something that really backfires on Jesse. I’m thinking when it does it will throw him into one of those “can I be a good man” like fits and there will be Tulip to convince him he can’t.

Speaking of Tulip she became a bit unhinged this week, no? From storming Jesse’s diner bible conferences (I was enjoying watching how his presence in the town seems more authoritative and respectable) and making loosely veiled hints at Jesse’s past in front of the town folk (apparently Jesse has shot a dragon in the face) to ripping off a drug store for Cassidy, all the way to the end where she declared Cassidy and her in love which introduced a very awkward and slightly uncomfortable sex scene. We know that Tulip still views Jesse as her boyfriend and I think this whole thing with Cassidy might be to make him jealous or get some sort of rise out of him. But mostly I think it comes with the fact that Tulip is falling apart. She’s been stationary far too long, and the fact that Jesse and her haven’t ridden off into the sun set with Eric’s head on their dashboard is killing her. She’s been wanting revenge for so long and now that it’s at it’s closest it feels the furthest away. I’ll be curious to see if she continues to disintegrate the more Jesse holds out. 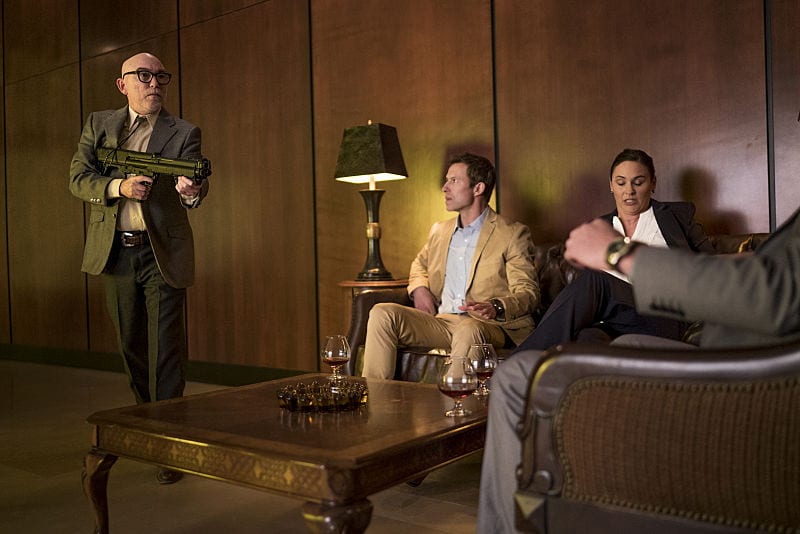 Outside of Tulip it looks like Jesse has a number of different issues to deal with. For starters Donny hasn’t given up on getting his revenge and is borderline enraged that Odin went to his church and came back a healed man. Well as healed as you can be considering he shot up his competition with a shotgun to close the episode. It seems that the space demon voice can make a person come to church and fool them into believing they have faith, but it also seems that it convinces them their actions are done with that misguided form of faith. I’m sure Odin believed what he was doing was a holy act, and this is the type of stuff that makes me worry for Eugene.

Donny and Odin aren’t the only two problems as the guys from Heaven finally approached Jesse asking for what he’s got inside him. The scene was a strong one and seemed to make Jesse start to question his new power. A power he believes to be God but they’re telling him it’s something else entirely. Now that the gauntlet has been thrown I wonder what Jesse’s take on all of it will be. I would imagine he’ll think these two guys are out of their mind and trying to claim the power for themselves. Plus he feels like he’s doing so much good with it that he will be reluctant to return it to it’s coffee cup home.

Who else wishes they had picked up the phone? Was that God calling directly or just a higher up? Arrrrggghhhh

There you have it Geeklings! Preacher continues to march along as some of the blanks are being filled in and we start heading towards the back half of the season. The comments are yours if you want them. 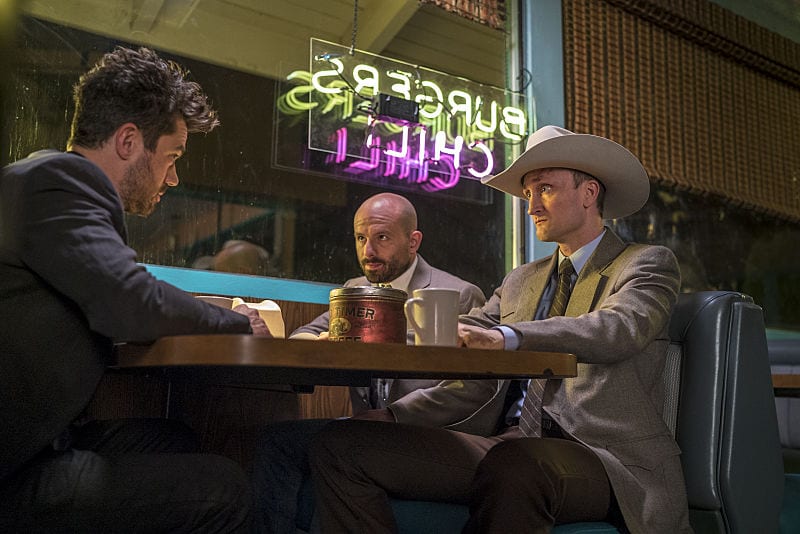