Alright AMC, you’ve made your point. I’m not going any where. I’m in…I. Am. In. It’s only been two weeks but I’m already starting to develop a crush on this show, to the point where I’m trying to figure out which Preacher Pop Vinyl I want to buy. For those of you who may not know, I have a very unhealthy pop vinyl obsession, and the fact that I’m looking to get Preacher pops speaks volumes of the show thus far. 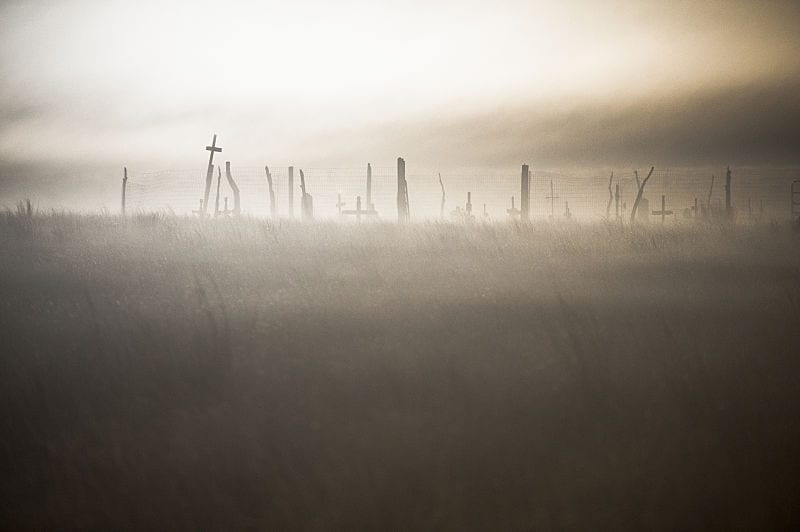 Preacher started it’s second episode with a pretty grim flashback involving a sick child, a desperate mother, and a cowboy who was constantly in the shadows and didn’t say a word. You know, real Man Without A Name type stuff. Actually this was the first of two things that reminded me of Lost which I say as a compliment and with love (Lost doesn’t deserve your hate and that ending was beautiful!). Remember when Richard Alpert finally got his flashback and we learned that his story started with him leaving his wife during a terrible storm in the hopes of getting her medicine? While our stranger in the shadows didn’t have any where near that desperation the sequence brought Richard Alpert to mind, and if the rumors about this character are to believed then maybe he has more in common with Alpert than we know (I didn’t read the comics but I read the interwebs, and people seem pretty jazzed about this guy).

While I’m curious to how this flashback fits into the bigger narrative it did leave us with some fantastic/horrific visuals. The way the west was depicted was both beautiful and brutal especially when it came to the Native American death tree. What the hell was that about? Are we to believe that our shadow cowboy was responsible for that or was it a warning before entering the town? I do know that the tree didn’t just stay in the past as we saw it again during a certain late night burial. This flashback obviously is important but why, I don’t know? Does it have to deal with the space demon or maybe the Men In Black cowboys? Maybe. Or my working theory is has more to do with the evil that lurks within in the town.

After the flashback we catch up with Jesse who is giving all types of free baptisms to people on the church front lawn, uh, front sand pit? For a town that seems to allow the church to play such a large part in their lives I was surprised to see so many people in need of baptisms. Wouldn’t you think they were already part of the congregation or maybe this new Jesse has won over new followers? It’s possible but I think a lot of people here were looking to get absolved of their sins (Eugene especially who sort of breaks my heart) or to pretend to seek life in Gods light just to try and persuade a preacher into working a job (hiiiiiii Tulip! You’re awesome!). Then there are the slimy practitioners who give confessions to almost brag about their disgusting wants while pretending to feel guilty about it (the bus driver or as I’ll call him, the sin of the week).

Ever since joining up with the space demon, Jesse definitely seems like he’s got a new bounce in his step or at least he’s willing to try harder. A big part of Preacher thus far is building that sense of community, and there are a lot of layers at work, but trying to work his way into the center of it is Jesse. His time spent with Eugene (who feels nothing after his baptism despite how badly he wants it) or at the home of the girl in a comma show that Jesse is willing to put the work in, but maybe he’s not entirely sure what that work is yet. 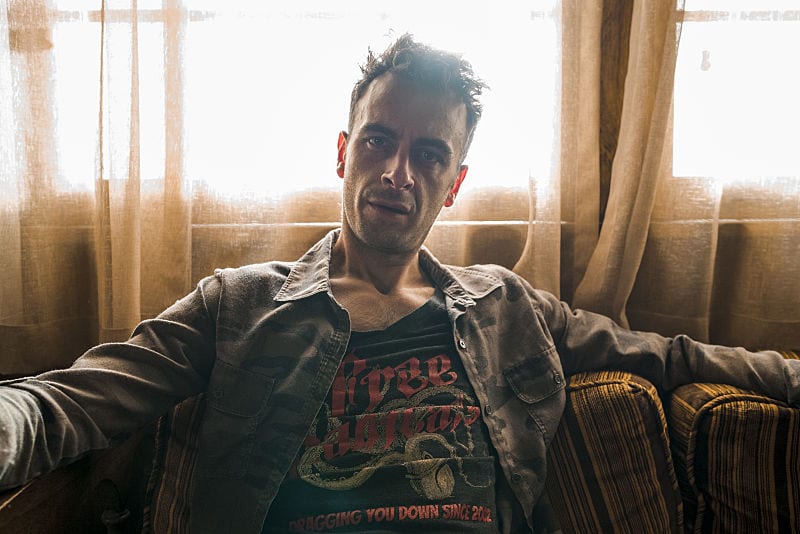 Cassidy, who could easily be the shows most vibrant characters, shares a late night drink fest with our preacher in the church, and laughs at the fact that Jesse thinks that what he’s doing is God’s plan. That it’s super boring, and while Jesse takes mild offense to this, I think he kind of agrees with Cassidy. He has no idea what God wants for him and some of that might be because he’s searching too hard or more likely because he doesn’t hear the voice of God like he should. The drink fest ends with Jesse passing out, Cassidy going on a road trip, and the entrance of our two Men In Black cowboys, you know the ones who ate the tea bag last week.

What follows is probably the most bizarre exorcism I’ve ever seen. It’s clear that these two are there for the space demon but I didn’t think that a tin can and a song (that dude has a sick voice though) would be what forced him out into the open. And it didn’t. Things that I found funny though were if plan A was lure the beast out with song plan B of using a chainsaw to cut it out seemed like a drastic leap. Luckily Cassidy returns and mistakes these guys as vampire hunters and then proceeds to have a pretty epic/bloody battle inside the church. Cassidy kills the Men In Black cowboys, cleans up the church and Jesse is none the wiser. While he may not contribute to the betterment of the church, Cassidy certainly came up clutch here. This is where my second Lost thought came into play. Remember when Eko pretends to be a priest and kills those drug dealers in his brothers church? This reminded me of that. All that blood being spilled and death made me feel that the church was being tainted, and that Cassidy (much like Eko) owed Jesse a church. Yet then again maybe the fact that Jesse doesn’t have a lot of faith and is currently playing host to the space demon means that church isn’t so holy in the first place. Hmmm…

It takes a discussion with Eugene about how maybe God doesn’t want you to change, that maybe he designed you to be the person you are right now for a reason. This gets the wheels turning for Jesse, who you can tell is sort of itching to do this job with Tulip, but decides to use this thought for good and travels to the bus drivers house (yeah, that sicko). Here Jesse tries to beat the sin out of the perv and in the middle of a baptism by hot water, uses his space demon voice to make the bus driver forget the girl…and it works. The bus driver has no idea who Jesse is talking about or why he’s in his house. This leads Jesse to visit the girl in the comma with his new found super power and tells her to wake up, and then the show ends. Ugh. 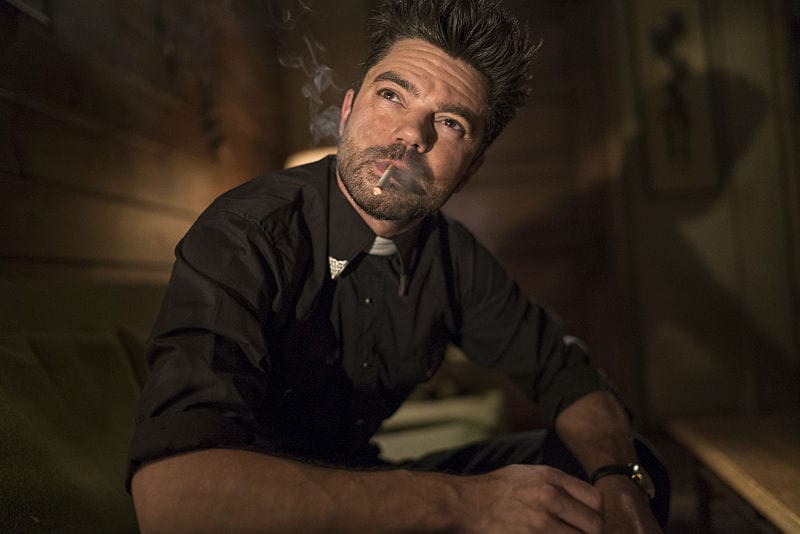 I think “See” could have aired right after the pilot as a two hour premier, as it shared a lot of the same themes, and didn’t overly advance the plot, but continued to introduce this universe. Jesse truly discovered his new voice late in the game, Tulip didn’t do much other then try and persuade Jesse again, and Cassidy more or less just saved the day but still no insight on who is hunting him down. We did get some new developments though.

There you have it Geeklings! Did the second episode of Preacher keep your interest or raised too many questions for your liking? Sound off in the comments below and let me know what we’re thinking. I for one am all about this and curious to see how it unfolds. There is something intoxicating about this bleak, beautiful, universe and I want to stick around to find out what. Will you?