I used to watch Family Guy. Not religiously, but I would watch. I was always more of The Simpsons kind of guy, but there were aspects of Family Guy that would make me giggle. Then after awhile, those jokes stopped being funny. At some point in my viewing, I discovered that Family Guy was gearing towards jokes that were offensive for the sake of being offensive. Kind of a, “look at what we’re doing over here, aren’t we trendy and risky”, and that’s when the joke loses potency for me. Once you acknowledge your joke as risky it’s no longer a joke but a stunt and you lose credibility with your audience. Last night while watching Preacher I started to get the feeling that the show was being offensive for the sake of being offensive and it bothered me. In fact, this is something that has been in my head for the last couple of weeks. 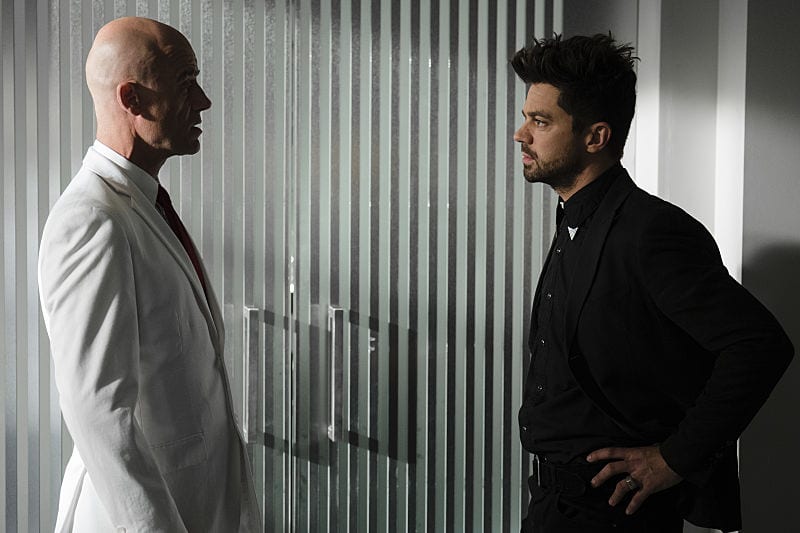 Don’t get me wrong, I love the edginess of Preacher and I love its weirdness. I can honestly say there is nothing else on television like it, but at some point this season that weirdness turned uncomfortable. No longer was the show supplying these small quirky moments to make you say “holy crap what was that” now these moments are kind of trumping the overall enjoyment of the program. Over the last couple of weeks we’ve had moments on the show that involved the degrading of a topless woman holding a stick of butter under her chin, rape fantasies lived out, the humanization of Hitler, and most recently, the graphic sex life of Jesus which is a phrase I never thought I’d write. Last night’s opening involving Jesus impregnating a woman through various sex positions seemed like a bit much. Almost as if the writers of the show were doing it because it was controversial and would get people talking.  Instead, I sat there feeling uncomfortable and wondering, not for the first time, if watching Preacher was going to send me to Hell.

Watching Preacher felt like I was doing something wrong. I almost felt that if my mother were to randomly stop by my apartment and catch me watching the show that she would be disappointed in me. This is starting to weigh on my viewing of the show now. No, not that I’m worried my mother is going to randomly stop by, but the fact that the story is being compromised for “holy crap” moments. That would be a shame too as the story is compelling, and last night it took a legit turn.

I like the idea of Jesse being offered the position of God. It’s vacant and he’s selfish/egotistical enough to think that he could do a better job than the actual God. We know that it’s not possible as he can’t even pay enough attention to his group of friends let alone the world. Tulip’s sanity is hanging by a thread and Cassidy’s disdain for Jesse and his neglect is almost palpable at this point, yet Jesse hasn’t picked up on this because he’s been so consumed with his search for God. He’s been so consumed with the 1% of soul he’s given up for the cause. Maybe next week he’ll understand just how torn apart this group is after Tulip confronts him with her newly discovered stashed weapons of the Saint of Killers. I’m sure that’s going to go over like gangbusters. 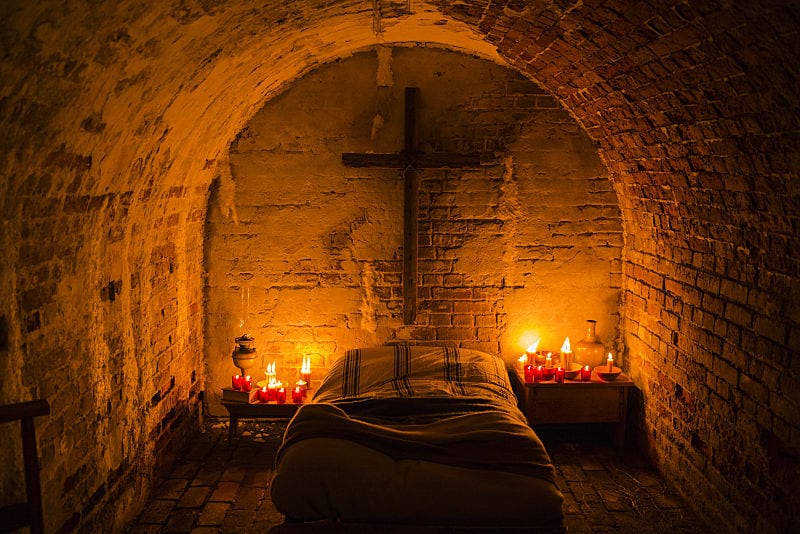 Herr Starr, for his part, has helped plant that seed in Jesse’s head by showing him the Messiah, the 25th great grandson of Jesus who for some reason has been inbred. Now that I think about it, I found this to be quite offensive too. For me, it seemed like taking a mental disability and using it for the sake of offensive humor. This was another one of those scenes where I felt almost ashamed for watching the show. I don’t like feeling that way.

It didn’t help that this scene confirmed my theory from my first review where I stated that God was going to be the dude dressed up as the dalmatian dog in the basement of that bar. Those are what those drawings implied. This is the type of uncomfortable I enjoy from Preacher because it was subtle and left a window of disbelief open. “Nah that couldn’t be God”. The show has rung a bit hollow for me lately, and I would really like to see them right the ship before the season ends. It would be a shame to see the potential of the show wasted on being offensive for the sake of being offensive. Preacher could be so much better than that.

Home » Featured » Preacher Review- Offensive for the Sake of Offensive?