With only one episode left before the season finale, Preacher started to put the pieces together for the end of season two in an episode that was stronger than last weeks but wasn’t able to keep that momentum for the entire hour (or forty-two minutes if you want to subtract commercials. Sorry, I live my life one Netflix episode at a time) something that has plagued season two. Although, there were more high points than low points this week.

The return of the Saint of Killer along with more back story was one of the episodes stronger points as the Saint of Killers continues to be one of the best aspects of season two. Herr Starr has been a great villain, despite how uncomfortable some of his scenes are, but the Saint brings a different layer of tension and action that the man with the face like a school bus wreck can not. Those are Cassidy’s words, not mine. Starr is more calculating, more of a chess player, where as the Saint of Killers is more of a freight train. Despite his dedication to his objective, there are layers to the Saint that I haven’t really seen in the Herr Starr just yet. Don’t get me wrong, Starr is a colorful character who jumps off the screen but Preacher, this episode especially, helped to add a layer of depth to the Saint of Killers who could easily be a one-dimensional character. 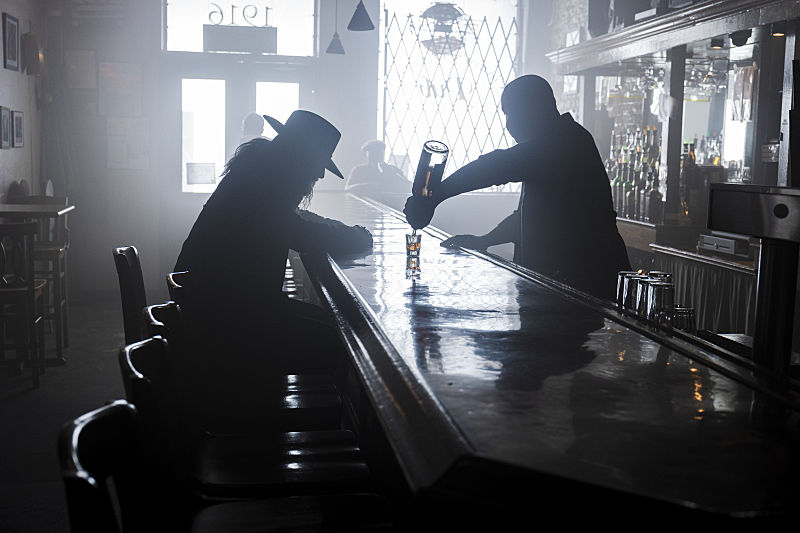 Season one helped a great deal with the development of the Saint of Killers through his Hell flashbacks. Learning of his quest to save his daughter is tragic and heartbreaking and one can understand why he flies off the handle becoming an unrelenting killing machine. It’s enough to make anyone want to wear a six shooter and take out their frustrations on would be Preachers causing mayhem with a spirit voice that’s not really of this world. These flashbacks could have been enough to give the Saint the depth the audience would need to give his actions credence, but seeing him interact with his wife and daughter last night actually made him slightly sympathetic. Here is a man, much like Clint Eastwood in Unforgiven, who swore away his past life for the love of a woman and the hope of redemption. No more drinking. No more killing. When the world takes that away from him he flies off the handle. Goodbye newly acquired faith. Goodbye promises. Having 1% of Jesse’s soul was enough to allow the Preacher to control him but it was also enough to remind the Saint of what he’s lost. His drink at the bar is supposed to signify the losing of that 1% of soul which is why Jesse couldn’t control him during their big fight.

With two flashback scenes, Preacher perfectly humanized the Saint of Killers which is something they’ve been unable to do to Hitler with a full season at their grasp. This is where I get frustrated with the show. There are times when they do things so well and other times where it seems they’re purposely spinning wheels. Don’t get me wrong, I think the task of humanizing Hitler was impossible which is why it annoyed me that so much time was spent on it. I would have preferred if the whole premise was a joke and the real humanization was saved for the Saint.

The inevitable “final” confrontation between Jesse’s gang and the Saint was pretty excellent. We got Tulip over coming her massive fear of him and standing up not only for herself but for Jesse as well. The playful debate earlier in the episode about who is in charge, spoiler alert it’s not Cassidy, worked well here as Tulip kind of grabbed the bull by the horns. In his defense, the Saint of Killers did everything in his power to not fight her, but Tulip’s new found courage kind of backed him into a corner. After a season filled with wallowing in self-pity, it was nice to see a glimpse of the old Tulip. 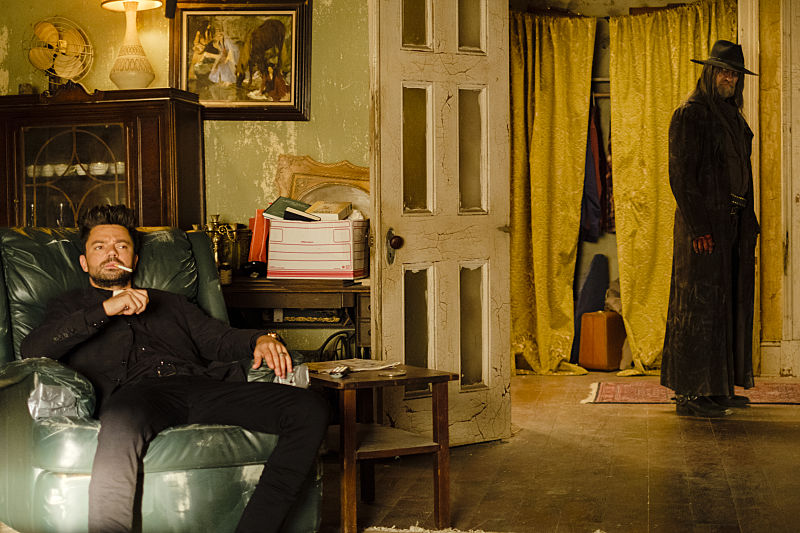 As for Jesse, he’s kind of in a weird place. His fight with the Saint would be considered a loss as he was only saved by the bell when the goons from Hell came up to reclaim the Saint. It became apparent that Jesse doesn’t want his soul anywhere near Hell, mostly because he doesn’t want to be on the Devil’s radar is my theory, but he also didn’t really seem to be “into” the fight. Not that he didn’t try but it seemed like he was going through the motions which goes with the theme of the back half of this season. We have a Jesse who really doesn’t know what his purpose is and it’s made it hard to root for him as of late. He’s kind of been a bit lackadaisical and it wasn’t until the end of this episode where it seemed like he started to wake up. A little.

Herr Starr has offered the positon of God, since there is currently an opening, and we knew that this would be a choice that weighed on Jesse greatly. For someone as egotistical and selfish as Jesse can be it was only a matter of time before he thought he could do a better job than the actual God or Dog Man (told you). I really enjoyed how easily Starr dismissed the importance of Tulip and Cassidy, to their faces, which lead to my favorite scene of the episode with the group discussing their options in a diner. There is just something about these three when eating food that is gold for this series and I found myself hoping for an entire episode of diner conversation between the three. After season two, I would even take half a season.

Ultimately it seems that the group decides to part ways as Jesse chooses to take Herr Starr up on his offer and Cassidy and Tulip do their own thing. There’s no way that it’s going to be that easy and I have to think that a plan was hatched between the three. I also wouldn’t be surprised if no plan was hatched what so ever and this is just how the story is going to go. If season two has taught me anything it’s who knows what’s going to happen in this show. 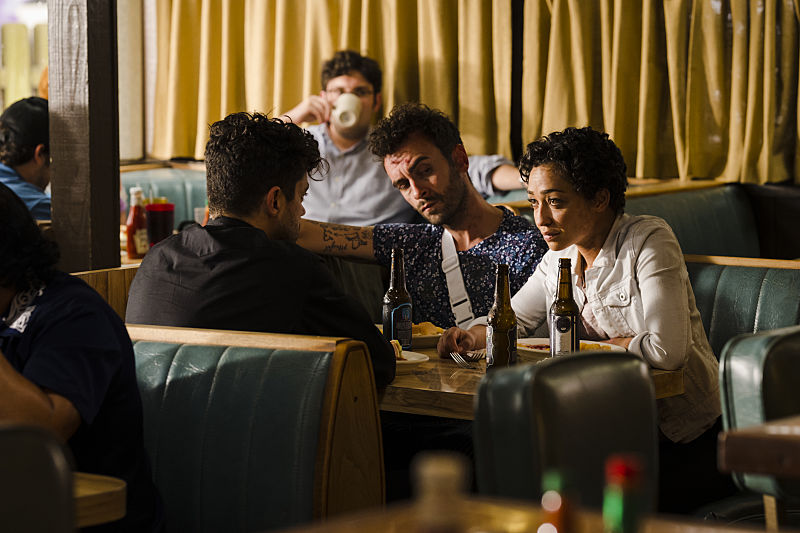 As for Hell, well the Saint returned and wants to see Satan, because of course he does, and Hitler and Eugene have escaped… I think. They found a loophole where Eugene had to live through all of his worst fears or thoughts while Hitler watched and waited to open a window. I will say that this was a strong episode for Eugene and made me care about him for the first time in awhile but I’m so far removed from this story line that I still find myself not caring. I just want some resolution and hopefully a payoff. Like what’s going to happen here? Is Hitler going to be walking the earth again? Is that really where this show is going and if so please see the commentary in the above paragraph.

There you have it Geeklings, only one episode left of Preacher before season two wraps. What did you guys think? Do you think there’s a twist waiting to happen with Jesse and Herr Starr? What will Tulip and Cassidy do next? Is the Saint of Killers really gone for the season? What’s up with Eugene and Hitler? Sound off in the comments below and as always if you’d like to talk more Preacher you can find me on Twitter @iamgeek32.