Before we start to break down tonight’s Preacher finale, I just wanted to say that this is my 100th post here at Fan Fest! #milestonepost

Now with that very obvious self congratulation out of the way, we have a season finale to cover.

In my experience it seems that the first season of shows are defined by their finales. Outside of the premier, it’s the episode that is going to solidify the fan base. Were the seasons story lines wrapped up nicely? Was there enough new questions presented to make me come back next season? Is there a cliff hanger? I love a good cliffhanger, and Geeklings, I think that’s where we’re heading to tonight.

Last week was a pretty crazy week as it saw some characters go to dark territories while others tried to make amends for their behavior while accepting the fact that maybe a tiger doesn’t change their stripes. Let’s look at someone like Emily, who last week learned about the existence of vampires and then fed her sort of, kind of, boyfriend to one. This is Emily, who up to a couple of weeks ago, I thought was the most pure character on the show. Since then we’ve seen her lie about Eugene for Jesse and now feed the Mayor to Cassidy. I still believe that she’s doing this to win Jesse’s heart. With Tulip giving her permission to pursue him, Emily might be in the mind set that Jesse can only love a bad girl. I’m more curious of the fall out here. There’s no way that this doesn’t weigh on Emily and I wonder if she’ll be able to make peace with her actions. It wasn’t like the Mayor was a bad man, being an idiot doesn’t make you a bad person it just makes you an idiot. Yes, he was covering up Odin’s dirty work but that seems like that’s been happening in that town for years.

The sheriff also killed an angel last week. Granted he didn’t know it was an angel but he still did it. One could argue that he did it out of mercy, and I’m sure that was part of it, but it was also very evident that there was a lot of anger and malice behind that bathtub strangling. The sheriff has a lot of issues that he needs to work out concerning his relationship with Eugene and the guilt he feels, and I think his best bet is to talk to someone and not strangle horribly mangled people in bathtubs. I also found it interesting that the angel didn’t thank him after being reanimated or tell him he was forgiven. She left him there to work this stuff out on his own and that was pretty cold. 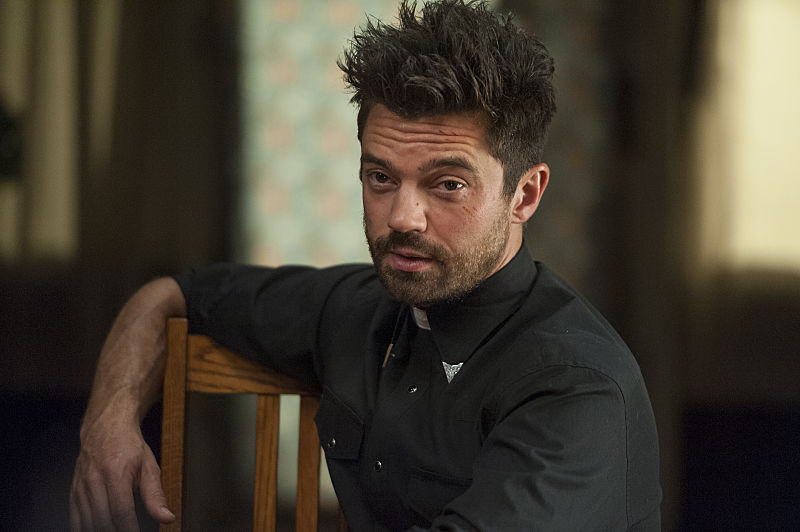 On the other hand, it seems that Jesse has had a bit of a coming to Jesus meeting with himself (pun intended… you know, cause he’s a preacher). He’s found Cassidy and apologized for letting him burn and left a message for Tulip telling her that she’s the one for him. Which is very sweet and all but she’s a little busy trying to kill Carlos at the moment. Jesse has an endgame in sight and he needs both Cassidy and Tulip to pull it off.

It’s a big deal calling out God as a preacher. For starters you’re supposed to be the moral compass of your flock, and if God no shows and you start to trash his existence, I think it’s safe to say that you might offend some people. Just a little bit (said in a fantastic Robert De Nirio impression that you have to see to believe…okay, it’s mediocre at best but you can’t tell that through typing). Jesse’s one goal this season has been to restore faith to this town so he can move on from his guilt and promise, and now it seems that he’s acting like a spoiled child. It’s tough to keep promises and stay true to your word especially when those promises come out of guilt and fear. Now, with his back against the wall, Jesse is in a position where he can destroy the faith of those very people he’s been trying to “save”. If God doesn’t show up there is very little doubt that Jesse will use his super voice to make the towns folk denounce Him, and then what does that do to them? It seems like their little town becomes a little bit damned, and is that fair? Some of them may actually still believe in God but are forced to denounce him because of the super voice. Jesse is holding the fate of that town in his hands and based on the up and downs of his character this season, we should all be worried about them.

Else where Fiore and DeBlanc went to Hell last week… Oh! Geeklings, I totally forgot to put this in my review last week but did you guys notice the Breaking Bad easter egg?! The bus stop that Fiore and DeBlanc are waiting at is the very same spot that Jesse is waiting at in order to get away from Walt and start his new life. We all know that Jesse doesn’t take that ride, but how cool was it to see that location pop up again? I’m starting to believe that all AMC shows are linked to Breaking Bad in some way. Like it’s the Dark Tower of the AMC television universe. 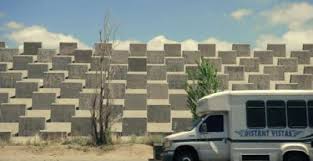 Any way, Fiore and DeBlanc went to Hell and recruited our grizzled cowboy from the flashbacks or hellbacks considering what he was living was his own personal version of Hell. Granted DeBlanc was killed for not giving answers quick enough (can you regenerate if you’re killed in Hell?) but Fiore hired this cowboy to return topside to kill a certain preacher. Which leads me to believe that he’ll be showing up right in the heat of Jesse’s sermon. Just a theory.

And speaking of Hell, we now know it’s pretty easy to go there and bring someone back (Hell is just a bus ride away). Which begs the question, will anyone go and retrieve Eugene?! I’m seriously hoping for some resolution on that story line tonight as I believe Eugene is the only character who actually understands what faith is.

There you have it Geeklings. Tonight’s episode is a little longer than usual and is sure to leave people talking. This first season of Preacher has been pretty solid and has improved on a week to week basis. Now we have to wait and see if they stick the landing in the finale. I’m willing to bet you one of Eugene’s meat shakes (*gag*) that they do.

Images and trailer from AMC and NBC