On Saturday, March 17, rapper Post Malone called off his show in Boston, Massachusetts due to an illness. The 27-year-old singer wrote on Instagram that he could not perform through the agony anymore and apologized to fans. He didn’t clarify if it was because of a recent fall at another performance last week.

“On tour, I usually wake up around 4 o’clock PM, and today I woke up to a cracking sound on the right side of my body. I felt so good last night, but today it felt so different than it has before. I’m having a very difficult time breathing, and there’s like a stabbing pain whenever I breathe or move.” Malone wrote on his Instagram Story. “Boston, I love y’all so f-ing much,” 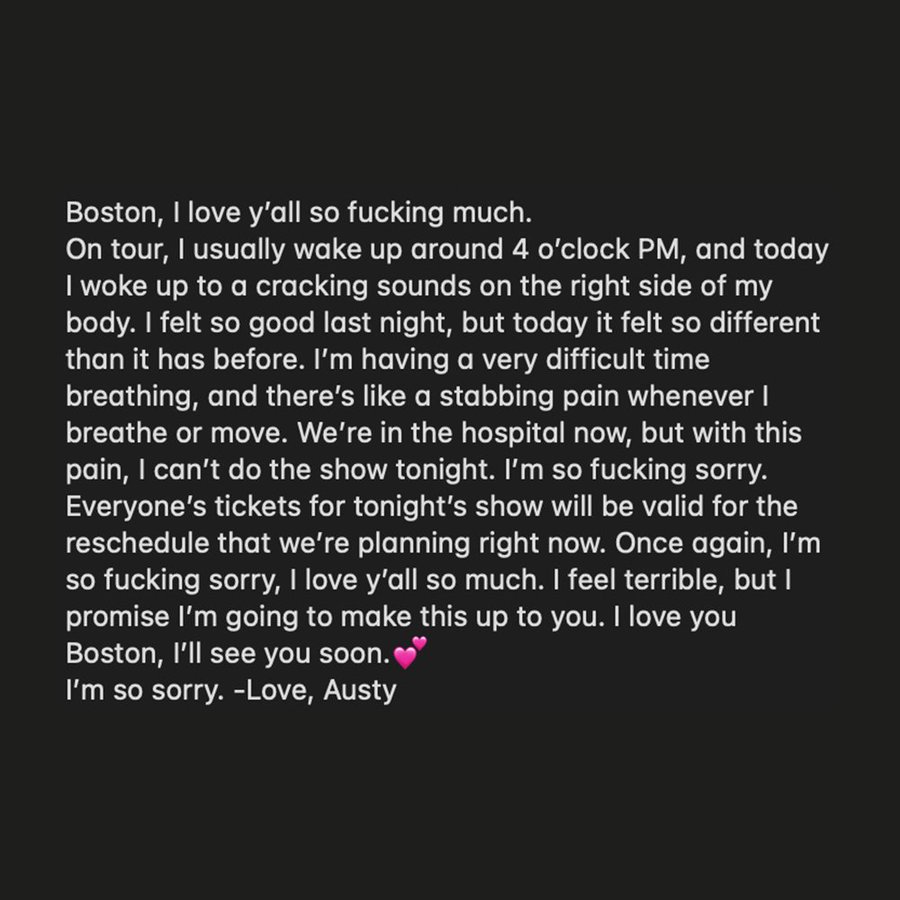 The rapper/singer revealed he has a breathing issue and canceled his Boston performance.

Malone was scheduled to perform at TD Garden, and the venue posted a notice about the cancellation as well. It said that the show was only postponed and would more than likely be rescheduled for the same stadium. On Sept. 17, Malone was injured at a concert in St. Louis, Missouri, according to reports from the crowd. When he inadvertently stepped on the open trapdoor on the stage, videos from the audience revealed him falling violently to the ground and cracking his ribs. He struck hard on his side and local accounts stated that he “cracked his ribs,” but a representative later clarified that he had only bruised them. The rapper left the stage for a few minutes before returning visibly shaken to go through with it in a subdued manner.

“I just want to apologize to everyone in St. Louis,” he added after posting a video on Twitter. “Next time I’m around this way we’re going to do a two-hour show for you, so we can make up for the couple missed songs.” He went on, “Thank you guys for your support and thank you for your love. And thanks for hanging around even though I got my a- kicked by myself.”