This weekend, while Star Wars fans across the country invade theaters to watch The Last Jedi, the cute little fluffs featured in the movie are invading Facebook via a brand new game!  We are, of course, talking about the adorable space penguin-ish type animal, Porgs!

Star Wars: The Last Jedi – Porg Invasion is the cutest new game around.  In the game, you play the role of BB-8.  It’s your mission to help your ol’ pal Chewbacca with an out of control Porg problem.  The little guys are taking over the Millennium Falcon and the only way to stop them from destroying the ship is to remove each one. Your goal is to capture and remove each and every Porg before it’s too late.

The game is presented in a super simple and retro style but, be warned!  It’s super addicting!  We’re talking Angry Birds, Candy Crush type of addicting.

You can check out the game and play online on the Porg Invasion Facebook Page.  Check it out and comment below with your highest score! 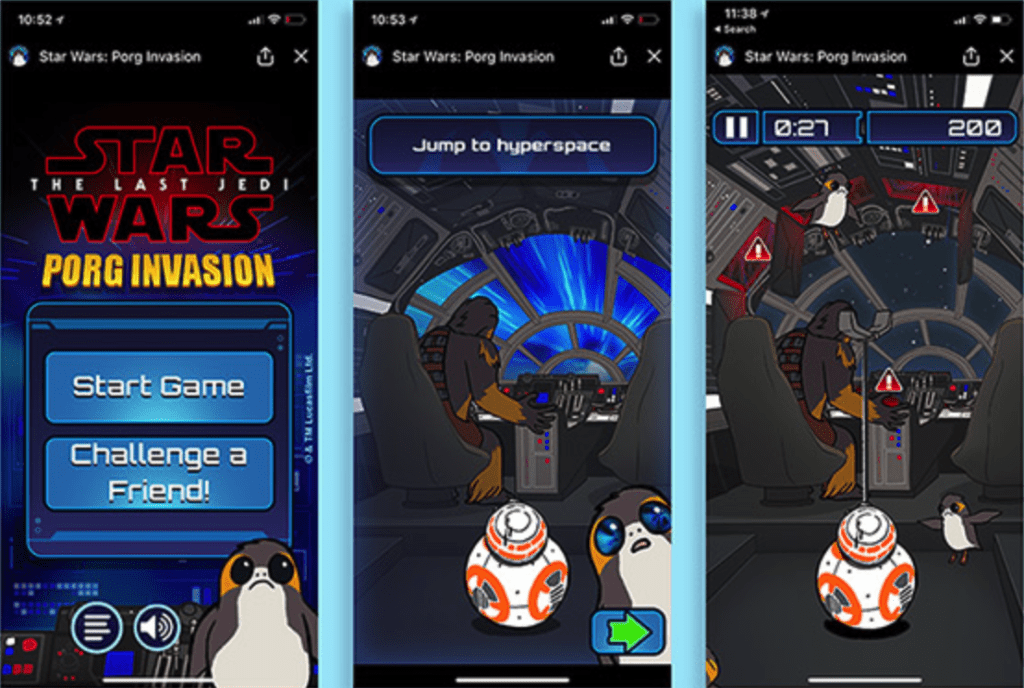 ‘Star Wars: The Last Jedi’ Will Be Streamed into Space for NASA Astronauts

Home » Featured » Porgs are Taking Over the Internet in This Adorable New ‘Star Wars: The Last Jedi’ Facebook Game