Recently we learned that Pokemon Ultra Sun & Ultra Moon will be the FINAL Pokemon games for the 3DS system. It’s the end of an era and much like this impending finale, this shall be our last ULTRA Update for the upcoming games. We have two weeks left until the November 17th release, and it looks like Nintendo and Game Freak truly want to go out with a bang!

We now have official news on Post Game content that not only includes (almost) every Legendary Pokemon of the series as well as the return of every previous major antagonist team – from Rocket to Flare. So let’s dive in!

Going Out With A Bang – The Return Of Every Past Villains & Legendary!

Over the years, we’ve had a lot of villainous organizations. Team Rocket, Aqua, Magma, Plasma, etc the list goes on! Well, they’re all coming back! As we just learned in the above trailer. Now the idea of the Pokemon Multiverse was first introduced in Pokemon Omega Ruby & Alpha Sapphire, and Sun & Moon expanded on it a little bit with the Ultra Beasts. Well Ultra Sun & Ultra Moon seem to go even further as they’ll connect us to an alternate reality where all the previous evil teams have joined forces to create one super team: Team Rainbow Rocket. After all, if you can’t achieve your goals separately, join forces!

This is most undoubtedly Post Game content for two reasons. For starters, facing off against all the evil team leaders back to back is a challenge no one should be asked to handle before the Elite Four. Though the biggest hint at this being post game content is looking at the location of this new Rainbow Rocket stronghold. Whether in the promotional art or in the cut scenes, we can very clearly see that this is a remodeled version of the Residence at the Aether Foundation – or very lazy game design. Whether we travel to this dark universe or they come here and take over Aether (and build onto the existing building) remains to be seen, but this is certainly a worthy challenge for Post Game story lovers. Additionally, given that Giovanni is using Mewtwo, this could also tie into how you obtain Mewtwo. 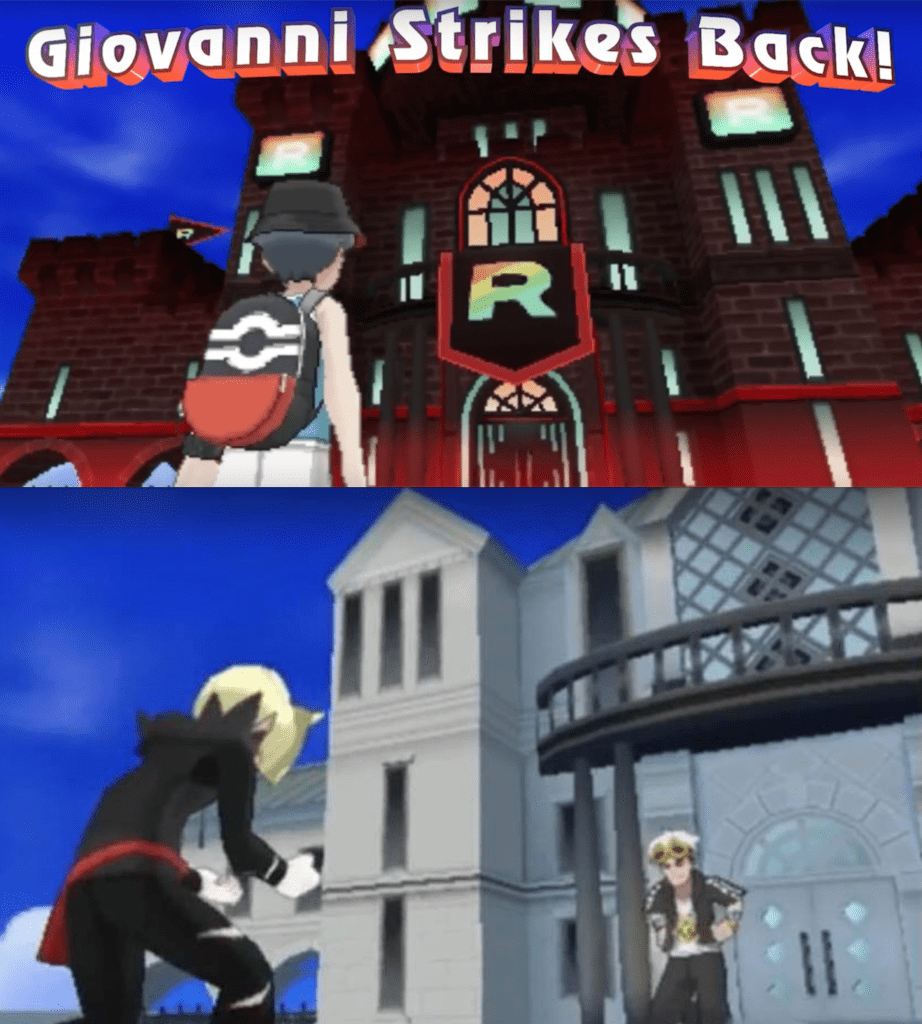 Speaking of Legendaries, Ultra Sun & Ultra Moon will bring back a massive amount of Legendary Pokemon that will be accessible via Ultra Wormholes, similar to how they were discoverable in Omega Ruby & Alpha Sapphire via Hoopa’s dimension rings. With each of these Legendaries, there will also be ways to obtain their Mega Forms as well as Primal Reversions. That being said, some will be version exclusive and others will only be obtainable after special conditions are met (ie: Suicune will appear once Raikou and Entei have been captured). This certainly makes it a lot harder to ‘catch them all’ without friends, but considering the improvements in online trading, it’s actually a lot easier. Though it’s important to note that certain Legendaries/ Mythical Pokemon aren’t shown at all (ie: Darkrai).

Which Version Is Best for You? – Play for Story or Completion?

So which version do you get? Well if you’re playing for Legendaries, the chart above can help you decide. Though different Pokemon appearing in different versions has been a staple since Red/ Green. And as we covered before, the special promotion Rockruff you get will have a different moveset for each version (ie: Fire Fang in Ultra Sun, Thunder Fang in Ultra Moon). So if you’re just getting into the Sun Moon series, then your choice is of course based upon which Legendaries/ version exclusive Pokemon you like more. Though if you already played Sun & Moon, then your choice changes slightly.

In a recent interview with Gamespot, Kazumasa Iwao (director of Pokemon Ultra sun & Ultra Moon) said that the Pokedex will be the same as their ‘non-ultra versions’. So if you really care about Pokedex completion, you should get the opposite game that you got last time (ie: Bought Sun, now buy Ultra Moon). Though if you play for story, then game producer Shigeru Ohmori think you might want to buy the same version you did last time as even though the stories are different this time around, there will be certain aspects that remain consistent – fun Easter Eggs of sorts.

Like with Sun & Moon, QR Code Scans return, which more importantly means that Island Scans return. In case you don’t know, Island Scans allow you to find otherwise unobtainable Pokemon (such as past Starters). It’s a neat trick but is only useable once a day, so hunt wisely! Though a new feature to be introduced in Ultra Sun & Ultra Moon is Totem Stickers. By collecting these stickers, you can earn Totem (larger) sized Pokemon. The number of stickers you collect determine which you can find. The trailer shows off Gumshoos, Lurantis and Salazzle; but there’s plenty of other Totem Pokemon you face that could be achieved via this method. Personally, I’m willing to bet Kommo-O will be what you receive for 100% completion due to it not only being the final Totem Pokemon you face in game but also because it’s getting its own Z-Move. As for whether these Pokemon will only differ in size or power/ ability remains to be seen. 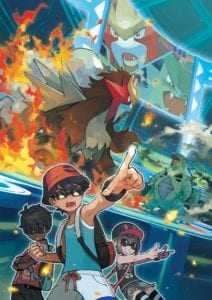 The final piece of news for this Ultra Update is the new Pokemon Battle Agency, the newest version of Battle Factory/ Tree/ etc. Though this part has been getting mixed reception from fans. One on hand, renting powerful and often Legendary Pokemon for 3 on 3 battles sounds like a lot of fun and personally reminds me of Pokemon Stadium. Additionally, the more players you face/ meet, the more options you’ll get. That being said though, Sun & Moon’s Battle Tree gave us a chance to fight former protagonists and major characters. We’re already fighting every villain in this game as well as countless former Legendaries. What about fighting Red, Blue and other protagonists along with major characters like Cynthia and Steven?

All in all, this again points to Pokemon wanting to leave the 3Ds with a bang. Though with so many callbacks, will the series reboot when it heads to the Switch or keep moving forward with a new set of Gen 8? Considering how there’s only 5 new Pokemon/ forms in this game, I think they’ve finally Made ‘Em All. But these are questions to consider next year. Right now, we anxiously await November 17th for the release of Ultra Sun & Ultra Moon!