Looks like our predictions last month were pretty on point, Niantic just confirmed an hour ago that the Legendary Beast Trio of Johto will begin appearing in Pokemon Go starting today! Though much like the Legendary Birds, we won’t get them all at once – or at least, the same location won’t.

The Legendary Beast are famous for being the traveling/ run away Pokemon. In the original Gold/ Silver versions, you had to randomly encounter one and then track it in the Pokedex as it hopped across the world. Similarly, Raikou, Entei, and Suicune will hop across the world for the next three months.

For the month of September: 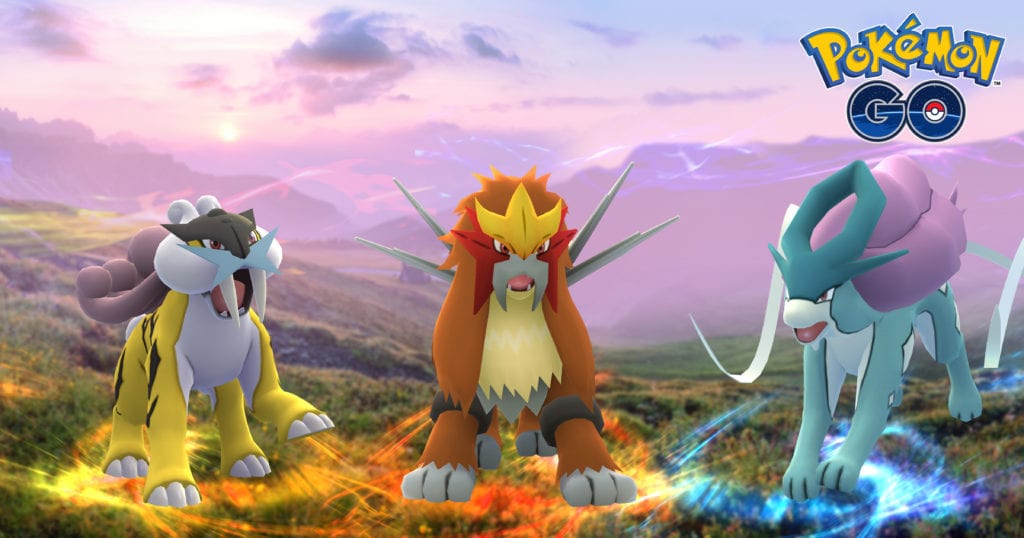 Though the exciting news doesn’t end there as Pokemon Go is also improving Raids in general. The latest hot fix just corrected two major issues Pokemon Go players were experiencing. First off, you can now view how many Trainers are waiting in the Legendary Raid lobby before you use your Raid pass. That means you no longer have to use your daily pass only to find out there’s no one around to help you – thus wasting it. Now you can see how many trainers are about to jump into battle and decide if you want to join in or not.

Additionally, there was a bug with Raids where the last Premier Ball used had a 0% chance of capture. No matter what you did, the Pokemon would break free after one shake. This has now been fixed, so if you end a Raid with 11 Premier Balls, that’s actually 11 chances to catch the Pokemon as opposed to 10.

Finally, Niantic will be rolling out more tests of the revamped EX Raids. These seems to be the new form of Exclusive Raids and hopefully will put aside some trainers’ fears about how “exclusive” they’ll be. The release makes it seem as though passes for EX Raids won’t be AS hard to obtain as many feared, but we still have to wait for more details. Regardless, it’s just nice to hear that Niantic is listening.