There are two types of April Fools jokes when it comes to the Internet/ tech: those that are funny/ enjoyable and those that get our hopes up – I’m looking at you Gargoyles Live-Action movie! Thankfully Pokemon Go has gone with Option 1 this year by changing most of the 3D assets in their game to 8-Bit Sprites.

For the next day or so – since half the world is already experiencing April 1st – Pokemon you see in your Box, Nearby and even in game announcements have all been converted to their old 8-Bit style (circa Fire Red/ Leaf Green versions). The official press release for this is full of jokes such as this having “twice the definition of 4K” (cause 8 is twice 4) and how these are graphics unlike any “handheld device ever created” (Gameboy Advance, etc).

Now as someone who’s always loved the animated/ drawn sprites of Pokemon over the 3D looks, I’m really loving this change and hope it stays around as an option to be toggled On/ Off. Though the really enjoyable aspect of this April Fools joke is how this reminds us how Pokemon Go all started – as a Google Maps April Fools joke in 2014.

There’s sure to be plenty of other fun April Fools jokes popping up in the next few hours or so. What’s been your favorite thus far? Did Pokemon Go win you over with this throwback? What’s your 8-Bit Team look like? Sound off in the comments below! 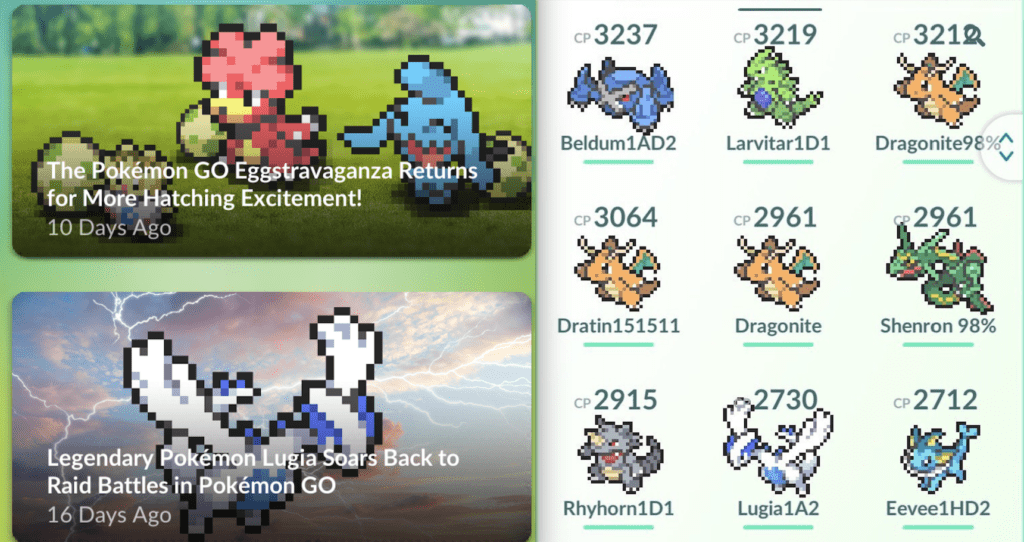