Earlier this year, – and late last year – Pokemon Go slowly released the 3rd Generation of Pokemon. So what’s next you ask? Gen 4 right? WRONG! We’re skipping all the way ahead to the most recent Gen – or at least the regional part of it – because Alola forms are coming! Surprising yes, but considering we still have a few Gen 3 Pokemon to be released – as well as the Raid Battles for the 3 Regi’s – I can kind of understand Pokemon Go unleashing new versions of existing Pokemon. Furthermore, Gen 4 gave a lot of existing Gen 1/ Kanto Pokemon new evolutions, so finding another reason to revisit Kanto does kind of make sense. But back to the topic at hand!

According to Niantic’s official Press Release:

Sunny days are ahead! Whether your forecast calls for rain or shine, we’re celebrating all around the world by introducing some special Pokémon from the tropical Alola region to Pokémon GO. Get ready for some of the Pokémon originally discovered in the Kanto region to appear in their Alolan forms! These unique variants were first seen in the Pokémon Sun and Pokémon Moon video games, and they will make their way to Pokémon GO in the coming weeks. Keep an eye out for news related to this exciting change—and don’t forget to tell your friends! Stay safe, and happy exploring!

Now for those of you who haven’t played the recent Pokemon games, the Alola region brought some regional variants of established Kanto (Gen 1) Pokemon. Though if you were wondering what’s the difference between Regional Variants and Shiny Pokemon – a lot! You see Regional Variants aren’t just a color swap, but actually have completely different typing and looks. For example, the Fire Fox Ninetails becomes an Ice/ Fairy Type. Marowak goes from Ground to Ghost/ Fire. And Dugtrio gains the Boy Band… I mean Steel typing #HansonWannabees

This is sure to change up the meta a bit as previously lackluster Pokemon will soon become stronger with their changed typings; but the biggest question is how these changes will be recorded. For example, will Alolan Grimer and Muk appear as their own Pokedex entries or will they be catalogued alongside the regular Grimer and Muk. Additionally, it’s unclear how evolutions will work for those with only partial Regional Variants. There is no Alola Pikachu, Cubone and Exeggcute don’t exist. So how will we be able to specify which evolution we get (Kanto or Alolan)? Will it be random like the Eevee-lutions, require a certain weather/ time of day or will Pokemon Go break canon and require an item to evolve these several exceptions. 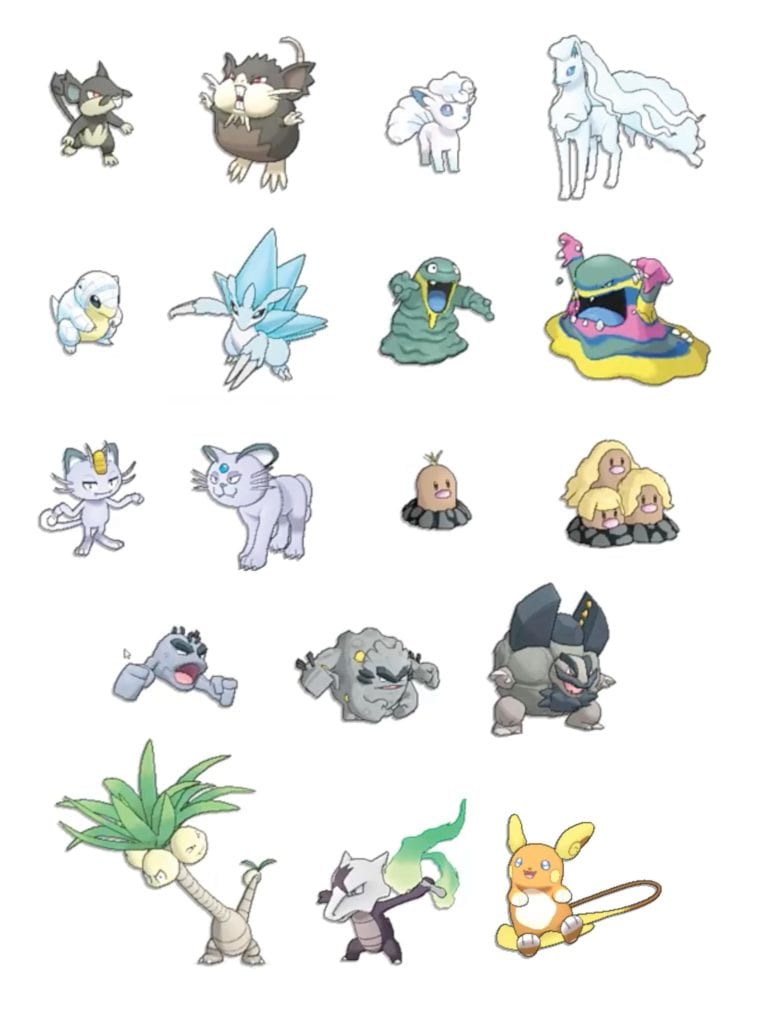 As far as WHEN this is all happening, Niantic simply says “in the coming weeks”; but judging by their usual updates and rumors of ‘Adventure Week’ returning to Pokemon Go this May, I’m assuming one of these coming Thursdays – perhaps even this Thursday. All we know for sure is this: seeing Alolan Exeggutor atop a gym is going to be HILARIOUSLY awkward!