The official Twitter account for the new Pokemon series confirms that Ash has caught a surprising new Pokemon.

The official Twitter account reveals that Mr. Mime decided to help out Ash and Go now that they’re based in the new Professor Sakuragi’s lab in the Kanto region.

The caption to the image says:

“Trivia – Satoshi’s Bariyard Until now, I was helping my mom at a house in Masala Town, but I decided to take care of the surroundings of Satoshi at the Sakuragi Institute – Furthermore, in episode 7, we won a wonderful victory in the battle – I teach kung fu gymnastics and it is actually dexterou”

Are you excited about this new catch? 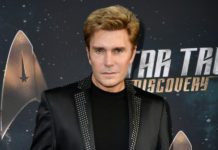