A petition to have Amber Heard dropped from the role of Queen Mera in Aqaman 2 has over 4.4 million signatures. The jury in her blockbuster defamation trial with her ex Johnny Depp is still deliberating.

The petition says that Heard was a domestic abuser during her and Depp’s multimillion-dollar court battle.

At this point, 4.4 million people have signed the petition. The goal is to get 4.5 million signatures.

If the petition gets 4.5 million signatures, it will be one of the most popular petitions on Change.org.

Depp sued Heard for $50 million. In a 2018 op-ed, Heard described herself as a public figure representing domestic abuse. Depp’s lawyer called her allegations a hoax. Heard then filed a $100 million counterclaim against Depp. Each accuses the other of destroying their career.

The six-week trial included testimony from many people. Heard testified that Depp abused her physically or sexually more than a dozen times.

During his testimony, Depp said that Heard lied about him hitting her and that she was the one who attacked him.

Both sides argued to the jury that a verdict in their favor would give their clients their lives back. Ultimately, Depp prevailed at trial.

According to reports, after the verdict of the Johnny Depp vs. Amber Heard defamation case, KC Walsh, a reliable insider, said that Warner Bros. pictures is going to delete scenes with Heard from Aquaman and the Lost Kingdom. The decision was made in a meeting between higher-ups. 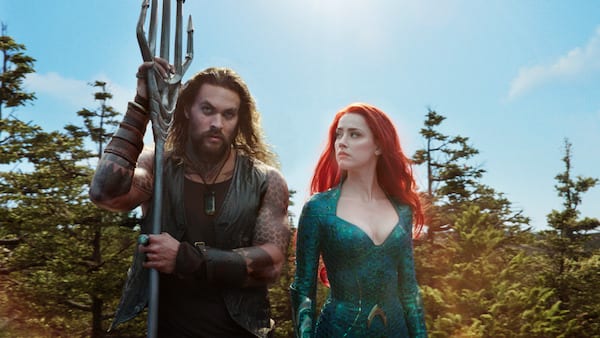 Amber Heard filmed her scenes for the movie in London back in Fall 2021. But now there are rumors that she might have to leave the movie because her character, Mera, could die during childbirth at the beginning of the sequel. This would keep her completely out of the film. This move is expected to help keep any negative press away from the movie, which is set to come out next year.

Aquaman and the Lost Kingdom is now expected to open in theaters come March 17, 2023.  We’ll update more as we learn more.