Remember Pete’s Dragon? It’s back and get ready, because you are about to get chills. 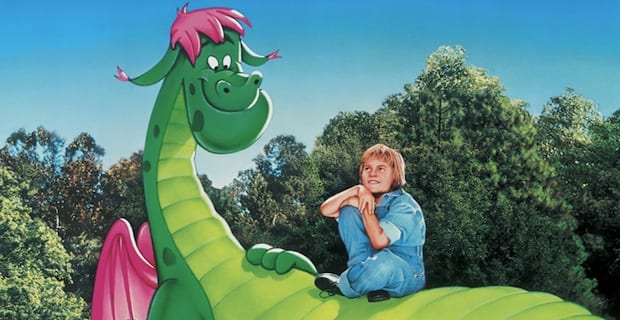 It was a 1977 cartoon featuring Elliott the charming green dragon. Disney just remade the film into a live action film which looks simply amazing. And what’s better, Elliott is super fuzzy.

Oakes Fegley stars as as a 10-year-old Pete the orphan. A park ranger played by Bryce Dallas Howard discovers his woodland home, in which he claims to live with his dragon comrade. Her father, played by Robert Redford and another local girl (Oona Laurence) also get to see the fuzzy green creature in action.

The film is directed by David Lowery who will also direct a similar live-action Peter Pan.

Elliott will land his fluffy wings in theaters on August 12th.

EW called the trailer dazzling, and that it is. It is simply dazzling. Check it out!

Home » Movies » ‘Pete’s Dragon’ Trailer is Nothing Short of Green