Michael Bay is a director/producer who had directed more summer blockbusters than I have ever even seen! His movies are known for being visually very entertaining, but lacking pretty well everyplace else. In the years that followed the first Transformers movies the public heard the terrible stories from Megan Fox about how degrading the director was to her. After their very public falling out Fox was replaced in the third Transformers movie with model turned actress Rosie Huntington-Whiteley, Fox’s career suffered after the fall out and some peace must have been made as Bay is a producer for both TMNT movies. 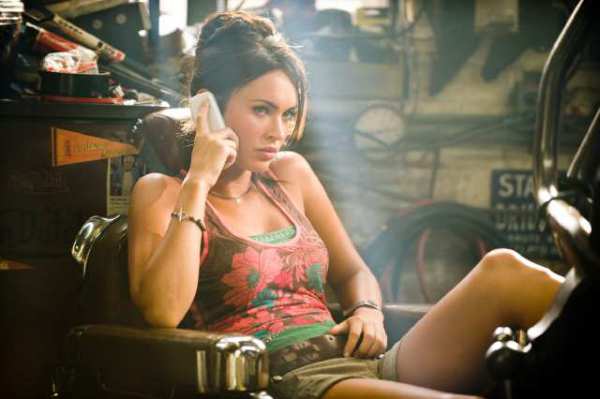 I would like to mention it took me a while to find a picture of Fox from the Transformers where she isn’t bent over something… In a recent appearance on the Gram Norton Show Beckinsale recounted what it was like working with the director back in 2001 for Pearl Harbor, she was told that if she was cast she would need to get in shape for the role. I personally watched the edited version of the episode on youtube and could not find any where this was discussed in the show, but it is possible it was cut out of the version I was watching. Some terrible things that have been reported that Bay said to and about Beckinsale during the filming and promotion for Pearl Harbor. Micheal Bay made a post on his website in rebuttal to the claims,

This poster has hung proudly over my desk for 15 years. Yesterday I read in the press that I don’t think Kate Beckinsale is “a stunning beauty,” huh? And they went on to suggest that Kate and I don’t like each other?

Well, totally untrue. Kate and I are friendly. She is a fantastic actress, very funny, witty lady, sassy, speaks her mind, and I truly respect her. That’s why she has come to so many of my Christmas parties and Birthday parties. This so called ‘problem of us not liking each other’ was reported by a tabloid-esque reporter after Kate appeared on an edgy English talk show, speaking about our meeting 16 years ago while casting Pearl Harbor. The reporter made her story into some scandalous confrontation, when it was nothing of the sort. Spoke to Kate today and she felt she told a funny story.

So I guess I was the “bad guy” 16 years ago for suggesting a trainer because she just had her new beautiful baby girl—and she was about to enter into an intensive action movie. Note to reporters: 95 % of leads in movies have trainers and drink green juice!”

The post was accompanied with a photo of a movie poster for Pearl Harbor featuring Kate Beckinsale framed on his wall.

What exactly was said by Bay or how Beckinsale interrupted those things is obviously up for debate, but what isn’t up for debate is that the terrible way woman are talked about and treated in Hollywood. In a beautiful recent wave of support woman in the industry have been speaking out and standing up for one another. The music industry had rallied around Ke$ha during her legal battles with her former producer. The antiquated views that Hollywood has held onto when it comes to woman are being shattered daily by beautiful humans who see the injustice of it all and know that having strong woman acting/writing/directing/producting is good for everyone and makes for my dynamic entertainment. Will any of this news hurt Micheal Bay’s bottom line, no it didn’t when Megan Fox spoke out and it won’t now. His movies draw too big of crowds and make too much money, but maybe bringing attention to it will help Mr. Bay think about what he says to everyone.

Now if Bay had not been under enough scrutiny over the weekend he had to go and upset the fan boys and girls once again, Bay shared a photo of the limited edition Bumblebee Chevrolet Camaro for the fifth Transforms movie due to release in 2017. Bay’s version of Bumblebee has been widely hated since the first movie when the lovable yellow car was altered from the original VW Bug known and loved by fans of the franchise.