Paulina Gretzky is not ready for summer to end. The 33-year-old actress, model, and wife of golfer Dustin Johnson recently went on Instagram to share a photo of herself in a white bikini from Caviilou. In addition, Gretzky wrote “365 days of summer.” in her caption.

After Johnson won $4 million by winning the playoff in the LIV Golf Invitational Series outside of Boston, he took to Instagram to express his gratitude. “It means a lot,” Johnson said after the event, as Sky Sports reports. He went on to say that with the amazing lineup of players that participate in LIV competitions regularly, and starting next year, it’s only going to get better.

It’s all new and exciting to me. I’m basking in the novelty of playing at renowned venues that do a superb job hosting these tournaments. If you ask any of the fans, players or staff, they’ll tell you how well everyone is cared for here—it truly is a wonderful experience for all involved.”

The pair first met in 2009, but it wasn’t until 2013 that they became a couple. “The most important thing for me right now is my relationship with Dustin,” Gretzky told Golf Digest in 2014. “It’s what makes me happiest, and I don’t think there’s anything wrong with that. It’s important for people to realize it’s OK to be happy in love. If you don’t want to give up something, that’s OK. But if you’re in love and have to give up something, that’s OK, too.” 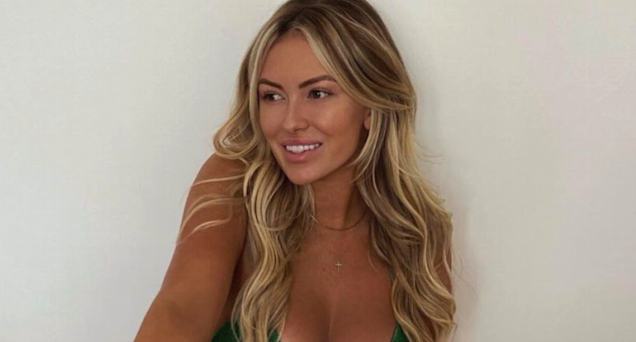 In an Instagram Q&A, Paulina Gretzky revealed the dating advice her father shared with her. Wayne Gretzky told his daughter to weigh the pros and cons of any potential partner before deciding whether or not to pursue a relationship. “If there are few cons and many pros, then don’t rule them out right away. If the cons outweigh the pros, then don’t try to be the person who thinks they can change them.” Gretzky explained. “He told me to weigh the pros and cons of dating someone,”