Michael Bond, the creator of the marmalade-loving bear Paddington, died Tuesday at the age of 91 after a very short illness.

Paddington Bear first came onto the scene in 1958 when Bond published his first book, A Bear Called Paddington. Since then, Paddington has gone on to star in many books and television series as well as a feature film back in 2014.  Paddington 2, the film’s sequel will be coming out later in 2017. One of the stars of the film, Hugh Bonneville, made a statement saying that learning of Bond’s death on the final day of shooting the movie’s sequel was “particularly poignant”. 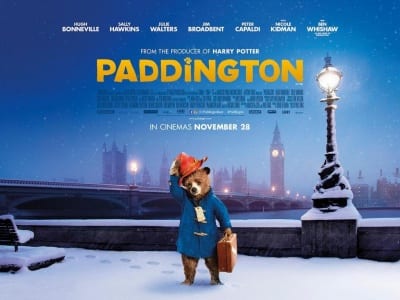 Many have taken to Twitter to share their thoughts on Bond’s passing and the impact Paddington has had on their lives. 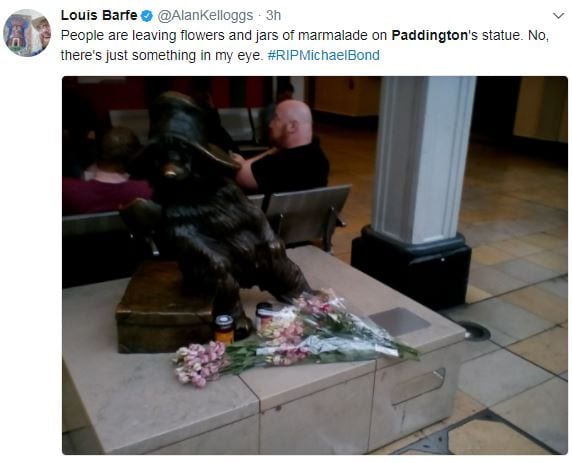 You can read an excerpt from Bond’s full obituary here:

A chance encounter with a toy bear in a London shop spawned a long line of books, a BBC TV series, a feature film and a lot of merchandise.

A prolific writer, he also created The Herbs, featuring Parsley the Lion, which became a successful TV series and the tale-telling guinea pig, Olga da Polga.

And for adults there was Monsieur Pamplemousse, the retired detective turned restaurant critic and his bloodhound, Pommes Frites.

Thomas Michael Bond was born on 13 January 1926 in Newbury and raised in nearby Reading. One of his earliest childhood memories was standing by the railway line to watch the Cornish Riviera Express thunder past on its way from Paddington to Penzance.

Bond’s father was the mild-mannered manager of the local post office and was the basis for the character of Paddington Bear, the unassuming ursine stowaway.

“My father was a very polite man and he always wore a hat,” Bond said. “We’d go on holiday to the Isle of Wight and he used to go in the sea with his trousers rolled up and keep his hat on in case he met someone he knew and would have something to raise. He would have been mortified if he hadn’t.”

His parents instilled in him a love of books and he later remembered never going to sleep without a bedtime story.