First off, I’m sorry for the lateness in my review as I was caught up in the holiday weekend, and didn’t get a chance to watch the episode until today. This morning actually. But let’s break this one down shall we?

After last weeks superb non-season finale/season finale feeling episode this week left us with a Clone Club that was broken in a way that we have never seen before. It seems like the show wants us to focus our attention on the three majors (Alison, Cos, and Sarah) which seems like it’s leading up for a misdirect. At what point will Helena emerge from the shadows to save the day? MK has already re-established contact (interrupting Kira’s game of Mind Craft) but Helena has been sorely missed this season. I know that her pregnancy means she can’t be killing and running around like she used to, but there has to be something interesting for her to be doing.

Sarah, whether she wants to be or not, is the groups defacto leader, a position that she was given once she assumed Beth’s identity. This season has done an excellent job in showcasing just how similar Beth and Sarah are, and we have watched as Sarah has seemingly fallen apart under the weight of that responsibility. Sarah has beaten one thing after another season after season and now it seems that all that is catching up with her. Iceland was supposed to be a place where she could hit the reset button and maybe be a mother to that creepy little gremlin she calls a daughter, but it became more of the same. There is no place where Sarah can be Sarah. The Clone Club, the Neos, and the conspiracies will eventually find her and this year (more than any other) we have watched the toll that’s taken on her. 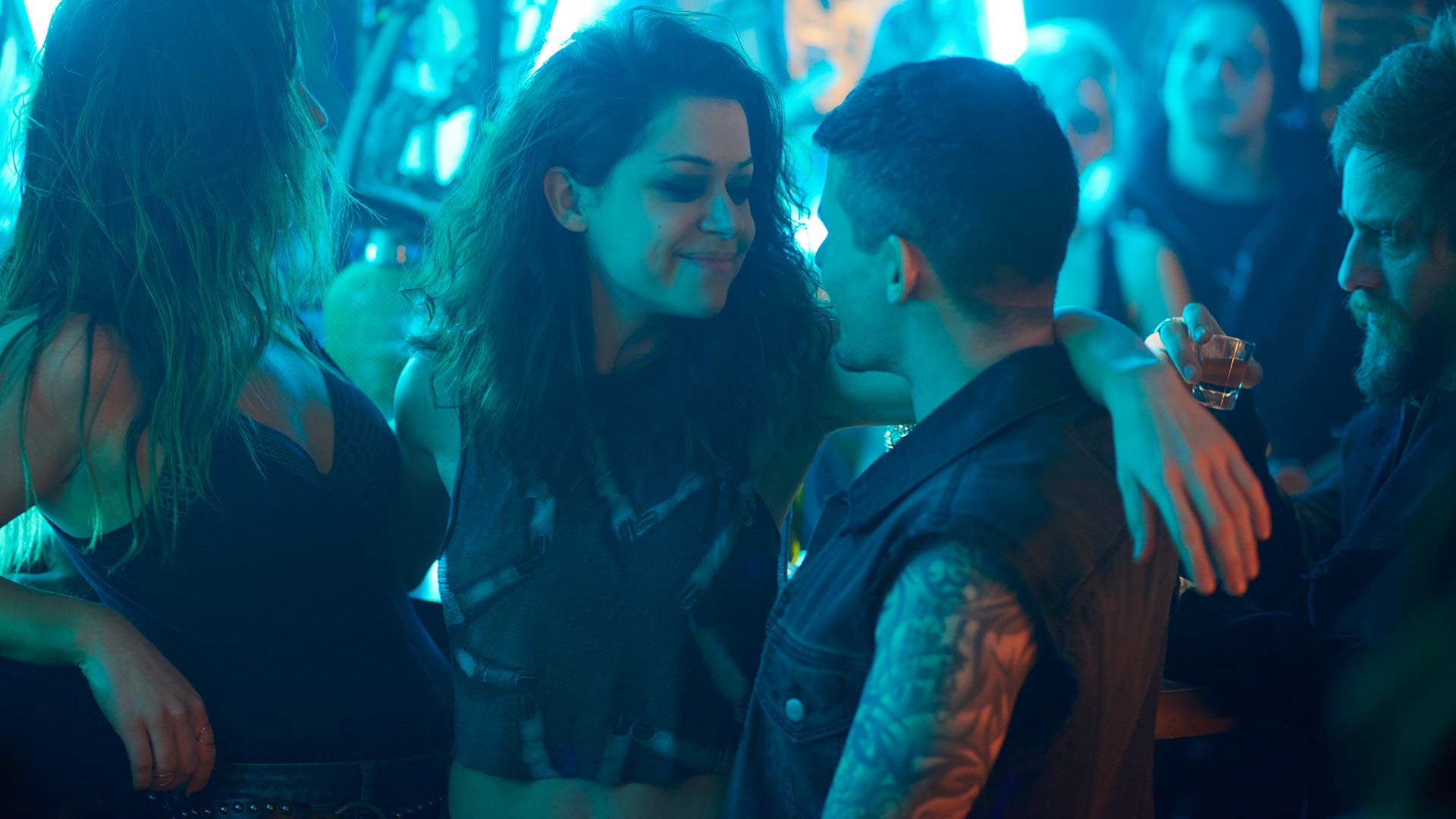 With Kendall dying last week and all the research data wiped, Sarah, has a great deal to feel guilty about. She set the plans in motion using Kendall as a pawn and it blew up (quite literally) in their faces. Not only that but she put S in a position where she had no choice but to help and now her mother is dead. I thought the scene between S and Sarah was pretty harsh even for S, but got that it was supposed to bring us back to season one. In what I imagine was a very similar display when Sarah originally took off leaving Kira behind. While S’s comment of “you’ve made an orphan out of me” was a bit more on the harsh side, and it did seem that she used her anger to drive Sarah out of the house, it was clear that Sarah was thinking about bailing. She turned to what she has always done best when things were tough, running away leaving Kira behind to be watched after S again.

As long as we’re talking about Kira, I really want to know what the plan is with her. We’ve seen this season that she has a special bond with all of the Clone Club members and can actually feel their emotions. Her vision of Cos setting Sarah on fire wasn’t actually true but it wasn’t too far off. I imagine Kira saw a vision of Cos in that field while Kendall burned. All I know is that Kira kind of creeps me out with her UFO eyes and the way she talks. Also, wouldn’t you think she would be the key to finding the cure? Sarah actually gave birth to her, something that none of the others are able to do (minus Helena). I know Cos doesn’t want to put her through tests and stuff, but at one point do you start thinking about the greater good?

Sarah takes off and ends up on quite the bender. It was upsetting watching Sarah revert back to her old ways as she had herself some drugs and a quick bathroom threesome because you know #cloneproblems. Just goes to illustrate how lost Sarah has been all season with how quickly she found this as her only release. The whole time she is haunted by visions of Beth to the point where she believes that the two of them are meant to share the same path. Sarah drinks and screams her way to a train station where her and Beth have a conversation. The entire time Sarah is present enough to understand that Beth is only in her head, but it still doesn’t stop her from thinking a faithful train ride might not be such a bad thing.

Enter Felix. I have complained a lot about Felix’s role this season but it was great to see him back in action in a way that mattered this week. Sarah and him have been on the outs all season but he didn’t hesitate to go searching for her which I appreciated. As he searched bar after bar to no results it took a creepy statement from the Omen child (she’s on Beth’s path now) to put the pieces together.

But Sarah wasn’t the only one who needed saving this week as Felix also prevented Cos from doing something stupid, you know, like inserting Sarah’s maggot bot into her face because…science. Last week was brutal for Cos, as she has such a gentle spirit, and she’s broken in more ways than she can handle. Being short with Scott isn’t her style and either is being so hopelessly defeated. She figures that the only way that they can get any of the data back or have any shot of finding a cure is if she inserts that maggot bot into her cheek in the hopes that she would die so they can study it. Dark stuff Cos. As she locks herself in a room to do the procedure, Scott calls Felix (which surprised me that he was the go to phone call there but it worked) who calls Cos and talks her down by dropping a little bombshell that Delphine isn’t dead! Whaaaaaaat?! Evie Cho said she was but it looks like Krystal saw the whole thing and said someone came after she was shot and took Delphine away…alive! Huzzah! The Cos scenes have been so emotionally strong and Tatiana Maslany has been killing them. I may or may not have choked up.

After saving Cos it was on to Sarah, and honestly Felix didn’t do much here other than give the “I’m glad you just didn’t jump in front of a train” hug. It seemed that Sarah had come to the conclusion that jumping was a bad idea, Beth’s ghost telling her that she’s the leader helped a bit too. I think that’s the last we’re going to see of Beth as her story has reached it’s full circle. What becomes of Sarah now that she emerges from Beth’s shadow should be interesting to see.

There you have it folks. If last week was a season finale like episode this week was building into the shows next direction. What is that, like three season premiers this season? With only three episodes left it’ll be interesting to see how our Clone Club members come out of this. Feel free to sound off in the comments. Enjoy the rest of your holiday weekend!