I don’t know about you guys but this trailer has me all types of excited for this weeks Orphan Black. Don’t get me wrong because my excitement was at my normal Orphan Black levels, but this trailer looks to provide some answers that we’ve been waiting for since that fantastic premiere episode. If this trailer is any indication it looks like we’re going to find out why Beth put that blonde wig on, packed a pistol in her hand bag, and why she returned home with blood on her hands (finally!). It also looks like we’re going to get to re-live that heartbreaking scene where MK asks Beth not to leave her. Oh MK, how you provide the feels. But if you remember Beth handed off that gun to MK so I wonder if that’s going to come into play.

After last weeks episode, Cos has been pushed into the forefront of the story, and for this Cos loving Clone Club member, I’m pumped. After infiltrating Bright Born, and being discovered, Lady Duncan has asked Cos to bring in Kendall (the originator of both clones) to help find a cure. We know that she wants the cure so she can keep getting it on with her Castor clone (again, have I said ewwww to this?) but I’m sure there’s a bigger motivation here. Maybe a cure for Charlotte who is the direct clone of Rachel? Or maybe so she can wipe out the Clone Club? I don’t know. That’s why I watch. But it appears before Cos is willing to help out she’s going to want to know what happened to Delphine, and she’s not the only one. Let’s make with the answers already! Although, I don’t like her chances.

Looks like Krystal’s appearance last week wasn’t just for one episode as she shows up in the trailer to mace Felix. Not sure what the end game with Krystal is as she knows there’s something going on but she is no where near fully understanding the full conspiracy. Will Felix be reaching out to help invite her to Clone Club or push her away from the Neos and Bright Burn? Is it too much to hope that Krystal and Donnie share some more scenes together? 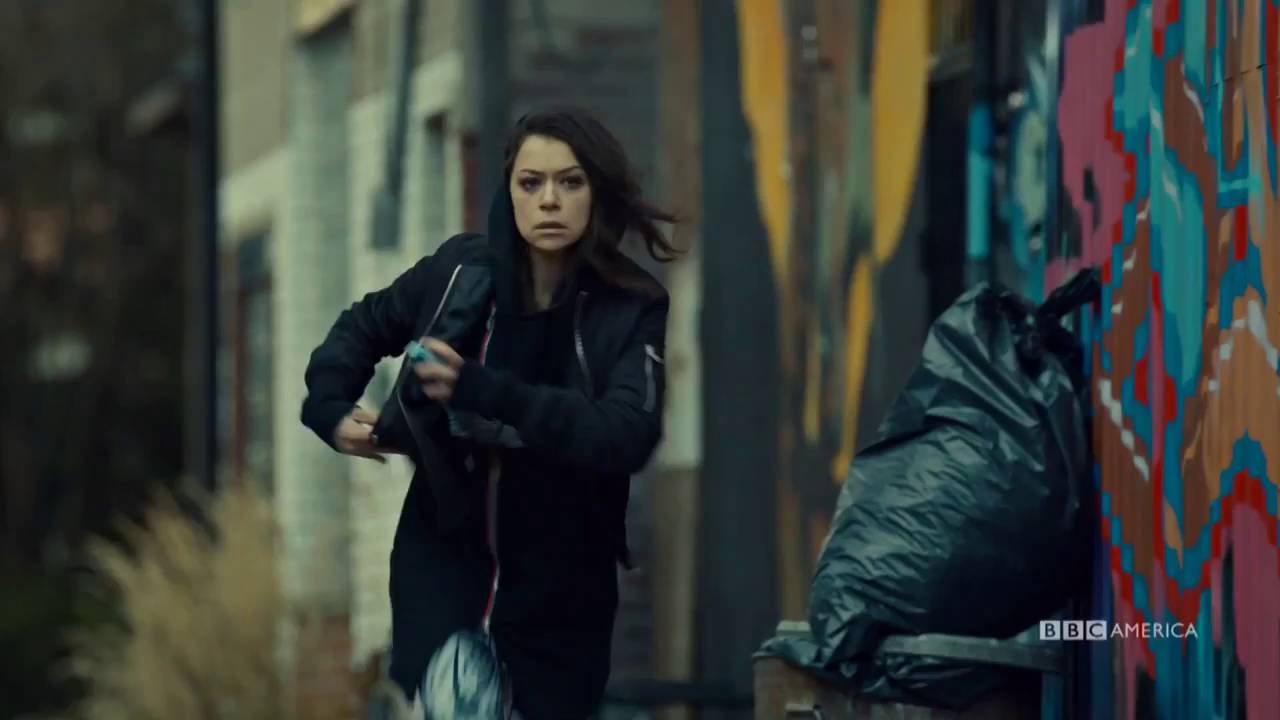 Helena was all types of lacking from the trailer and for the most part this season. Where has her camping trip taken her? What’s going to happen to her babies? Helena come baaaaaaaaaack!

Sarah still has a cheek full of maggot bot (which would totally be the first single off my punk rock album) and seems to be on the same path as Beth. I’m happy to see Beth reinserted into the story as she is clearly the key to the overall conspiracy. One has to believe that she figured it out, couldn’t handle it mentally, then train ride to dead town. Hopefully Sarah starts acting more rational and doesn’t put herself, or the Clone Club, in a situation where things could go south in a heartbeat.

What do you think Geeklings? Has this weeks trailer raised the excitement levels for tomorrow nights episode? Is Delphine alive or dead? Who did Beth meet? Sound off in the comments below.

One thought on “Orphan Black “Scandal of Altruism” Preview”