As the sun sets on season four of Oprhan Black the table has been set for the fifth and final season, and it looks we are going to have ourselves a good ole fashion clone on clone war. Now I know that using the words “clone” and “war” in the same sentence might bring up some nasty flashbacks for some of us (damn you George Lucas!), but what else would you call this? It’s a clone war people (sorry, sorry, sorry).

One of the strongest aspects of season four was the shows ability to fill in story gaps through the use of compelling flashbacks. We can start with the premiere episode, which was centered entirely on Beth, and bring that all the way to the discovery of what happened to Delphine. Of course Krystal, who cracks me up with how much she believe she knows, would be present when important conspiracy events go down because while she might not have a clue what the overall story is, she isn’t a terrible detective. After our favorite Neo cop shoots Delphine (ugh so glad this guy is dead) a Bright Born super team swoops in and takes her to the island (get to the choppa!!) where an emergency surgery is conducted and Delphine lives! It wasn’t until this flashback did I realize how much I’ve missed Delphine. There is something about her presence that sort of anchors this show. It might have to do with her love for Cos but I think it’s her general sympathy to the cause. Either way I missed our French super scientist. 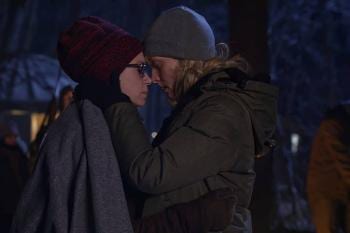 In the present Cos has finally discovered a cure to the virus in what was a satisfying moment that you knew had to go wrong since it happened so early on in the episode. We have been waiting four seasons for a cure and we get it, aaaaaaaand Susan Duncan shuts it down. I guess to a degree we knew we couldn’t trust Susan, but she had such an honest respect for the science and Cos’s ability to work in a lab that, at least for an episode or two, you thought everyone was on equal footing. Nope. Susan hijacks the cure to perfect the cloning game as Cos gets hit hard by symptoms and is the closest she’s been to dying since season two #badtiming

While this is all going down Rachel has hijacked Bright Born/the Neos/Mad Scientist Round Table and has seized all the power. Now by hijack I mean orchestrated a plan that went behind the backs of everyone. Nope, never would have guessed that our S&M loving, power hungry clone would have done something like that. Rachel’s biggest fear is becoming obsolete and with a cure she has found a way to strong arm her way into controlling the Mad Scientist Round Table. How? Well here’s an idea, why not combine the idea of cloning (without consequence now that a cure has been found) and genetic manipulation to make super clones that can be tested and perfected in countries where human cloning isn’t illegal. Cause that doesn’t sound sadistic and crazy at all. How did they miss that Rachel would try and do something like this, he asked sarcastically.

Rachel is clearly the villain this show deserves, and it’s only right that she be the face of evil for the final season. In a way this show has always been about Rachel vs Sarah and the Clone Club girls. Evie Cho was an interesting villain, at first, but she got played too easily (you’re monologuing Evie)  and then Bright Born zapped her with some kind of face caving ray leaving very few ripples in her wake.  Rachel has come to party and no one is getting in her way. Not even dear ole mom who took a knife to the gut and then refused to die. Like, at all. Seriously Susan you’re like eighty years old, what are you doing crawling down the stairs with a gut wound like that?

While Rachel got all stabby stabby in the kitchen, Cos and Charlotte make their escape in the snow and get all types of lost. Luckily they get found by the old guy from Rachel’s eye visions (who just so happens to be a hundred years old and the originator of this science) which is good luck because that’s where Delphine is living. The reunion between Cos and Delphine was everything we wanted it to be in it’s tenderness and feels. Sadly though it looks as if it is not to be long, as Delphine informs us that Cos won’t be able to stay long. Whatever is going on in that militia camp it’s shady, and it almost seems like a secret secret war is brewing. Can we trust anyone on this show?

Meanwhile Sarah, you remember her, finds out where Monster Island is and makes her way there to save Cos. It’s there that she finds a busted up Susan Duncan and an ass whooping at the hands of Rachel. For a character who is still regaining control of her extremities, Rachel knows how to throw down. A shot with the cane here and a stab in the leg there, and suddenly Rachel is standing triumph. I really dug this scene as it helped bring Sarah back down to earth a little bit. I’m not saying that she’s being feeling invincible (just look how she handled Kendall’s death) but she needed to know what it was like to lose. The Empire Strikes Back ending was important to re-establish Rachel as the big bad we should be fearing. 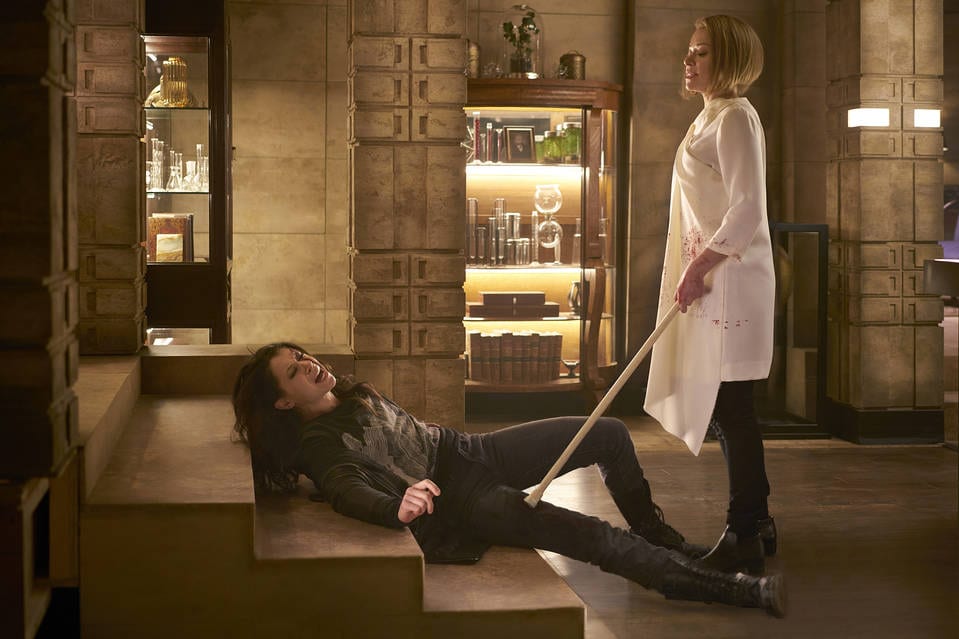 There you have it Geeklings! Thus concludes season four of Orphan Black. I have to say I had a tremendous time reviewing and previewing for you guys. I felt that the season on a whole was pretty solid with some missteps here and there, but ultimately helped set up the final ten episodes. I’ll be sad to see Tatiana Maslany and her many faces leave my television screen, but am anxious to see how this wraps up.

If you’re looking for more reviews from me you can check out my Preacher stuff as well as my comic book column, The Pull List. Thanks for hanging out with me this season! As always, if you have comments, thoughts, or anything else feel free to sound off in the comments. Bye bye Clone Club!