Here we go Geeklings, this is it. The season finale of Orphan Black is upon us and that’s sad. Where, oh where, will I get my Tatiana Maslany fix?! Where Geeklings?! Sigh. Also, has anyone else have any idea how they’re going to wrap this season up?

Well for starters Evie Cho is in a wee bit of trouble with her video taped confession of the activities of Bright Born, and with her back against the wall one has to figure that she doesn’t have much left to lose at this point. And we know, because we’re super smart viewers and it’s basic villainy 101, that’s when bad guys are at their most dangerous. Rachel has posed herself in a position to steal the control of the Neos right from Evie, and you would have to think that the board would be looking for a switch. What will Evie do as an end game? We know that she wanted our three core Clone Club members dead, but considering she’s down two soldiers (three if the other ambulance goon is in jail) and the ladies are all spread out, I don’t see this happening. Chances are she’ll do something stupid and it’ll piss us off. Or maybe she’ll kill Rachel? How mad would you guys be about that though?

Before we move on to the other Clone Club members, it appears that Ferdinand is back making hotel visits this week which can only mean one thing… Rachel is feeling good enough for creepy sex visits. Insert shivers here.

Cos finds herself on monster island working with Susan Duncan trying to find a cure, and we now know that Delphine is being held captive (question mark) by some militia on the island, the two of them haven’t been this close to each other since the season three finale. What are the chances that these two will get their happy reunion? Based off this trailer I’m starting to think slim. Cos’s nose started bleeding and she seemed light headed and it’s looking more and more like she might be the main causality to the virus. Man, that’s going to piss me off it’s true. I can see her getting the heroes death finding the cure, but of course too late, and dying in Delphine’s arms. She gets to save her sisters but not herself. Uggggggggh don’t do this to me. I’m not strong enough for this. 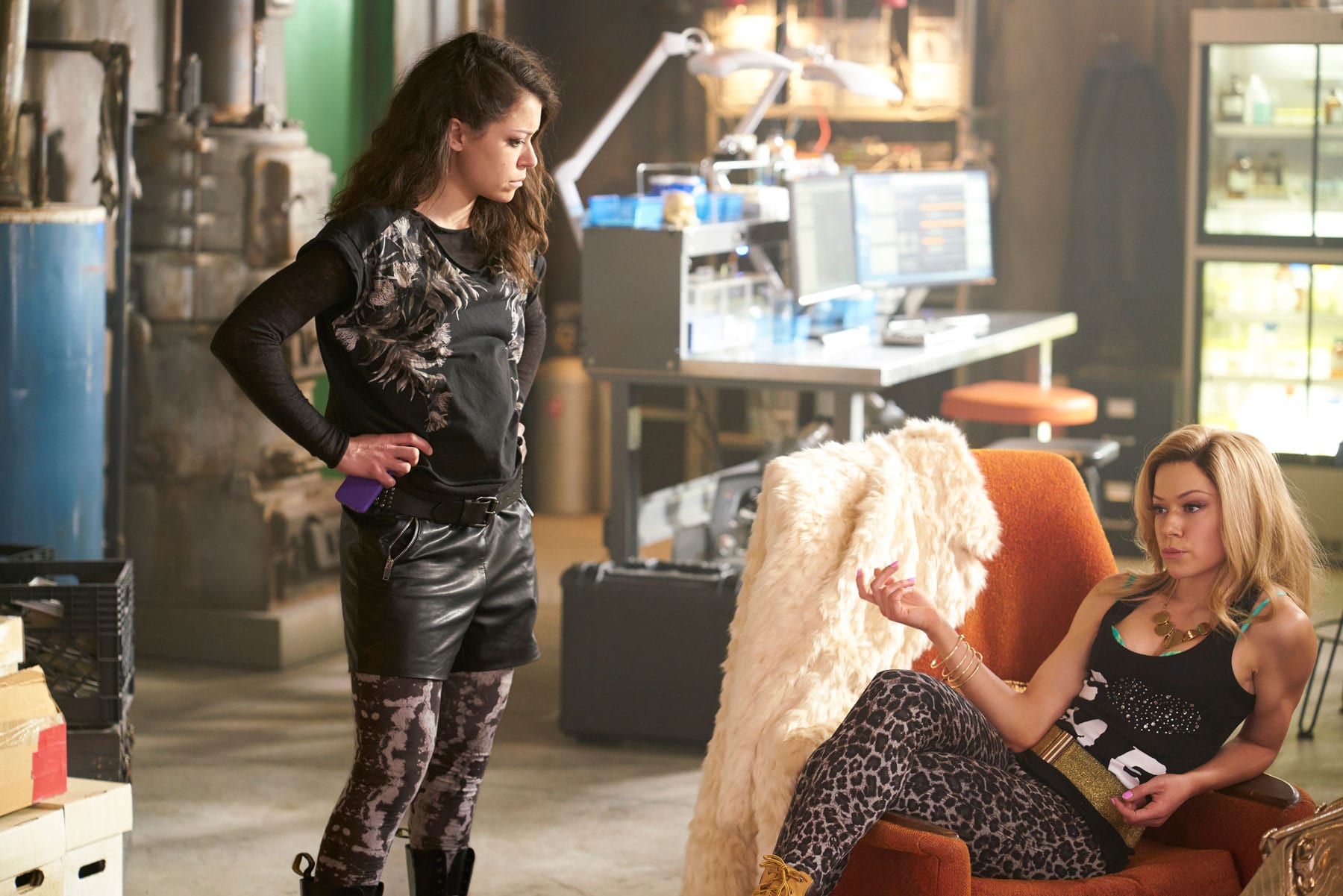 Krystal is back this week and has some info on the where abouts of Delphine (ummm, we like totally know that already) and reaches out to Sarah and Felix. This should make for an interesting pairing, but what kind of info could she seriously have? Sarah looks to be on the outside looking in when it comes to this finale, but we should assume that something will develop to throw her right back into the thick of things.

What else do we have to look forward to? Well I’m glad you asked

There you have it Geeklings. The final episode is upon us. Sound off in the comments below with any and all theories. Happy viewing and let’s all keep our fingers crossed that Cos makes it through another season. #imnotstrongenough See you all for the review!

Images and Trailer from BBC America