A day after being arrested in the stabbing death of her boyfriend, Christian Toby Obumseli, a video of OnlyFans model Courtney Clenney attacking him in an elevator has been released. Obumseli’s family insists that their violent relationship was caused by Clenney being the aggressor.

Clenney was attacked by someone in an elevator months before he died. The Shade Room and other media outlets shared the security footage of the attack. FOX News reports the video footage was captured two months before Obumseli’s death in Feb. 2022. Miami-Dade State Attorney Kathie Fernandez Rundle played the video at a press conference when she announced that the 26-year-old was being charged with second-degree murder.”The defendant was aggressively attacking Christian,” Rundle said. Rundle further described the couple’s two-year romance as “extremely tempestuous and combative.”

According to a press release from the Hawai’i Police Department as reported by E! News, the OnlyFans model, 26, was detained without incident on Aug. 10. She’s been charged with second-degree murder with a deadly weapon after claiming the murder was self-defense. Her attorney Frank Prieto shared that he is stunned by the arrest. “Obumseli attacked her and choked her that evening; Courtney had no choice but to meet force with force,” Prieto said in a statement to the media outlet. “Further, we are disappointed that the State Attorney sought an arrest warrant in this matter; we have cooperated with the investigation from the beginning with both the State and the City of Miami Police Department. We have always offered to self-surrender if charges were filed in an effort to begin the legal process of clearing her of the charges.” He added: “Courtney was clearly defending herself. We will vigorously defend Courtney and clear her of this unfounded and baseless charge.” 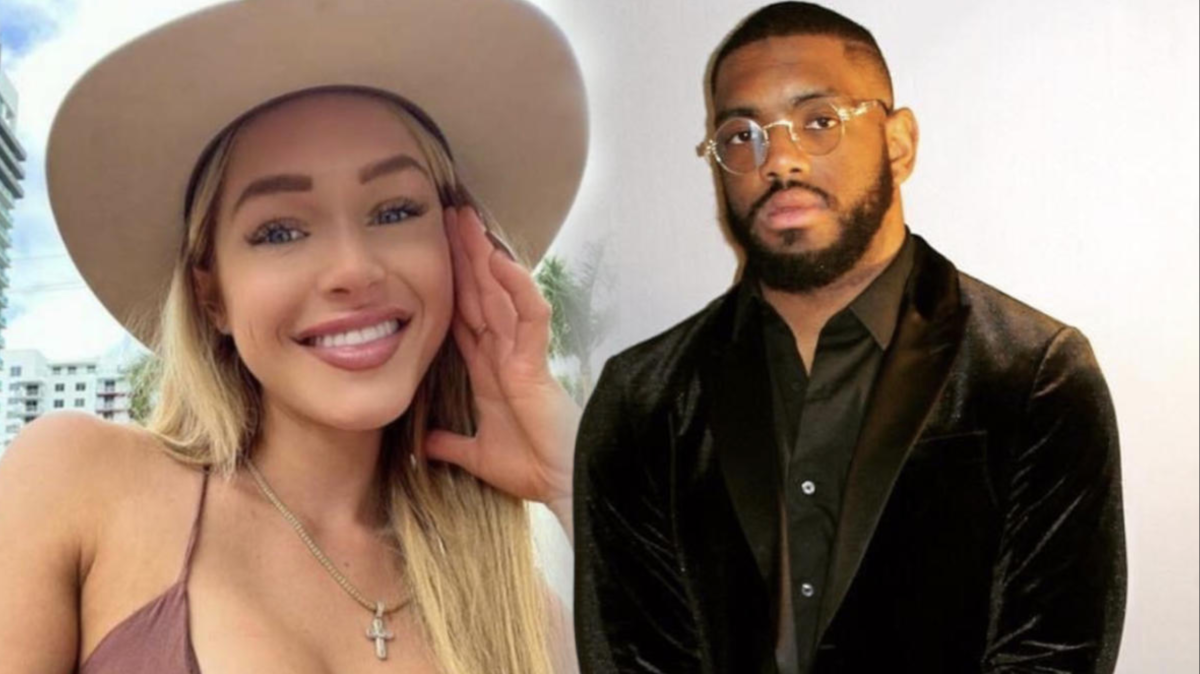 There was an incident between a couple on April 3 in Miami Dade. The man, Obumseli, was injured with a knife and transported to the hospital where he later died. Photos and videos of Clenney covered in blood outside of the home where the attack happened surfaced online. In the days after the murder, Clenney was seen out having drinks with her father. An interview she participated in from earlier in the year also surfaced. In it, she said that she only dated wealthy Black men.

Larry Handfield, a lawyer representing Obumseli’s family says the attack was unprovoked. “To add insult to injury, the person responsible for killing [Obumseli] is walking around free and has not been arrested for causing the death of this young man,” he told Rolling Stone on April 14. “She has not shown any remorse for her actions, and it is obvious to the family that Ms. Clenney … is receiving special treatment that is not afforded to the rest of us.”