If you have not caught up with My Hero Academia, do not read ahead as there are massive spoilers! After a long and difficult battle, the heroes finally have hope of winning against Tomura Shigaraki. Izuku Midoriya has mastered One For All‘s power and is now tapping into its full potential. He hopes to end the fight quickly so that everyone can go home safely.

Now, as Izuku unleashes all of One For All’s power currently at his disposal to conclude the conflict as soon as possible, he is also employing the deadly second user’s quirk. The longer they’ve been within One For All’s range, the more powerful these quirks have gotten, and the most recent chapter of the series hints that One For All may grow even stronger as Izuku begins to tap into a full evolution of this power and the users supporting him up on that effort against the villain. 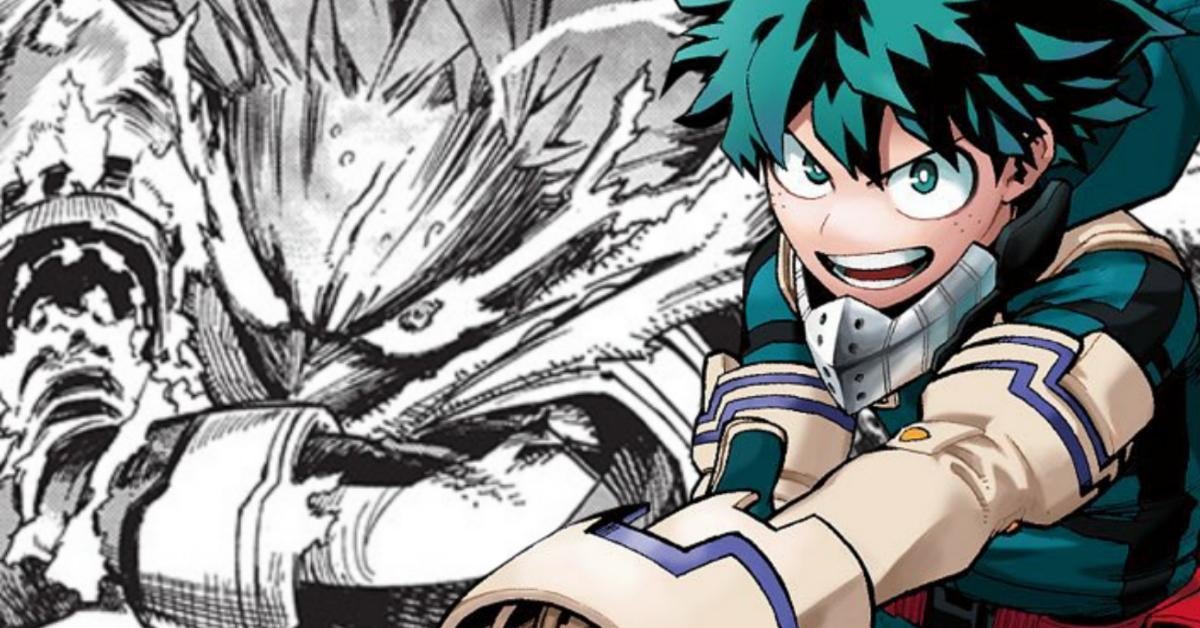 Izuku began to utilize the Second User’s One For All quirk in the previous chapter (renamed “Gearshift” for a last gambit kind of punch). It was hinted that this might be so powerful that Izuku would only have a single opportunity to use it, and Chapter 369 of My Hero Academia continues his assault on Shigaraki in which he follows up strong Detroit Smashes with others one right after the other. These consecutive blows shake All For One within Shigaraki, and the villain even begins to see all of Izuku’s prior vestiges.

It’s a full-on assault from One For All’s might, but it still appears to offer some additional room for development. This is certainly not the end of the battle between the two, and while Izuku continues to adjust his traits, so does All For One. There are still some unknown depths to Izuku’s power that he could access, and he’ll have to execute them in order to conclude the fight once and for all.

So, Izuku’s One For All power has reached new heights. How do you feel about witnessing it in action like this? Do you believe there’s more to come? Please leave your comments below with all of your thoughts regarding it!