‘ ‘Sup readers? Welcome back to On The Shelf, Fan Fest’s weekly book review column, wherein I browse the latest in literature and read it from cover to cover so you don’t have to. The aim of the game is to help you decide which books are prime shelf material, which would be better enjoyed on your ereader, and which should be skipped altogether (yes, that’s happened). This week’s pick is the grand finale for a popular Oni Press series, The Life After, a consistent exploration of morality, faith, life, death, and what it all means.

If you haven’t heard of The Life After, you should definitely check it out. Born from the mind of Joshua Hale Fialkov (Bunker, I, Vampire) and raised by the beautiful art and colours of Gabo (Dead Of Winter, Albert The Alien), it was also lettered by Crank! (Heartthrob). All that is to say, The Life After is a series which, from start to finish, has been intricately crafted and expertly polished into an absolute diamond in the rough.

But before I get into the review, let me just pop the standard disclaimer right here:

Disclaimer: I received an ARC of this volume from the publisher. However, all opinions expressed are my own.

The Life After Volume 4: Exodus springs into action eight years after Volume 3: Exodus concluded. Jude, who is both the son of God and a perpetual troublemaker whose best intentions often make trouble for the people he loves, has now become a perpetual asswipe. If you’ll remember, in the last volume, God/The Potato cast Jude and his ragtag band of rabble-rousers out of Heaven so he could have fun and “live a little,” stranding him to a life on Earth with the rest of us clueless meat-sacks. Having knowledge of the afterlife but no way to return home, Jude acts every bit the spurned son and has now made it his life’s mission to convince people to turn away from faith in a higher power. Pretty soon, he gains a following and a title: The Prophet Jude. The world quickly divides itself between the believers and the faithless, and chaos begins to reign. Only Essie, the foul-mouthed child who never was (I’m still wrapping my head around her existence. I mean, I get it conceptually, but… whoa) stands in his way, trying to recruit believers to help her restore hope and order to humanity.

And I have to admit, I’m a little surprised. I thought for sure Essie would be helping Jude; she did try to kill God/The Potato previously, but what’s a little thing like murder between the maker of all creation and one of his people? Also, let’s be real here, Essie and Jude could be tearing apart planet Earth over something as trite as Pokémon cards, and I would be down for the ride as long as Ernest Hemingway was part of it. In a long-dead author of literary genius, Fialkov has created one of my favourite characters: this curmudgeonly old badger, ironically, smooths out the rough parts of the story and provides a light in the never-ending grayness of Jude’s strategic apathy (plus, him hating on their parody of Disney World made me laugh out loud, and I am a person who can be counted on to rabidly salivate over all things Disney).

I wasn’t actually prepared for the series to end, but its swan song is just as strong as its beginning, and as always, Gabo’s wonderful art is the stuff only a master in the field could render.

Look, if you’re already a fan of The Life After, you’re going to be picking this up no matter what. But if you haven’t read so much as a single issue, here’s why you should:

The Life After is the coolest comic series that I have read (so far) about the existential crises plaguing humanity in its quiet moments. You know, questions like: what happens when we die? Does anything happen? What if God is an asshole? Is there a God? Does anything I do in this life matter? What is the point of life? What is the point of death?

From the very beginning of this ambitious joyride, Fialkov stuffed those questions in a jar and then tilted that jar on its side for a thorough examination. He was ballsy, starting where people would naturally assume there is only an end: purgatory, and in particular, purgatory for people who have committed suicide, which is a taboo subject no matter what you believe. Every chance this creative team took, every risk, was worth the story they told. I think my favourite part is the amount of questions, and no definitive answers; but there are truths about humanity as a whole, making this series a strange, impactful add to any collection. 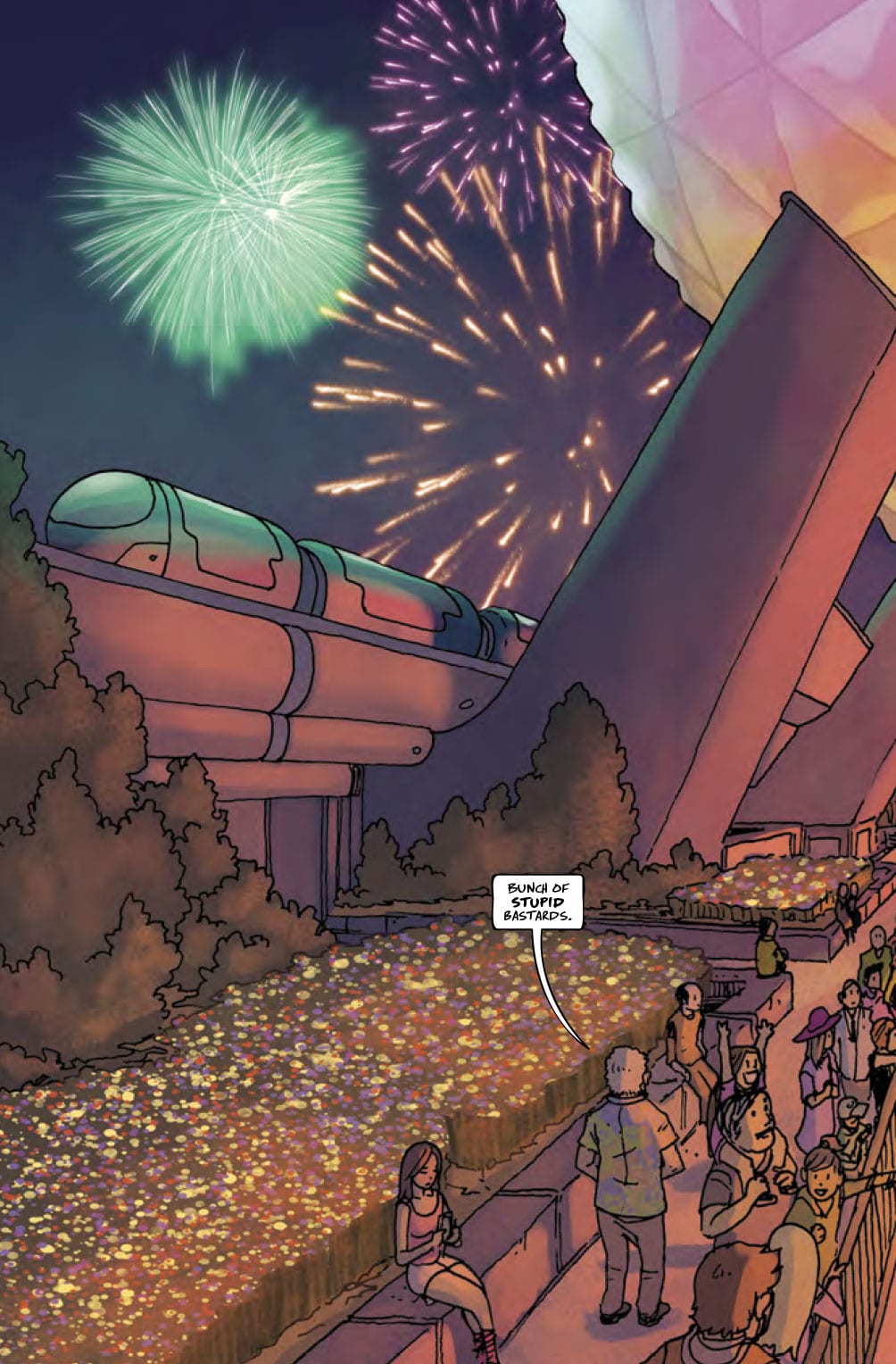 I can confidently say that The Life After volume 4: Exodus is something I definitely endorse as a must-have on the shelf. You can grab it here, here, or at your local comic shop.

Home » Featured » On The Shelf: ‘The Life After vol 4: Exodus’ by Joshua Hale Fialkov and Gabo