‘Sup readers? Welcome to this week’s On The Shelf; it’s been awhile, so if you need a refresher: no problem! On The Shelf is Fan Fest’s regular book column, wherein I, your friendly neighbourhood reviewer, pick a new piece of literature, hold it under a microscope, and tell you all about it. If it’s good, it will earn a spot on Fan Fest’s virtual shelf (and is recommended for yours), if it’s less than commendable— well, everyone has different tastes, so if you want to check it out anyway, be my guest.

This week’s read is The Altered History of Willow Sparks by Tara O’Connor (Roots), a YA graphic novel that blends coming-of-age elements with fantastical fun.

But before I get into it, let me just say this:

Disclaimer: I received an ARC of this GN from the publisher. However, all opinions expressed are my own.

We follow Willow, a tragically uncool teenager with an unfortunate haircut and a face full of acne. Willow and her best friends, Georgia and Gary, are so far down the social ladder at their high school, they’re not even on the bottom rung. Alternatively ignored and tormented by the popular crowd, Willow finds solace in books. She works at the local library, helping the eccentric Mr. Ages, a character whose impressive crown-wide bald spot is only usurped by the luscious ponytail growing just beyond it. After a cruel fall down the library stairs (courtesy of the aforementioned popular kids), Willow discovers a library within the library. The secret library doesn’t posses rare classics, or out-of-print first editions, but it does contain books labelled with the names of the townspeople. Willow finds her book and realizes it’s her life story up until this point. She takes it home to begin rewriting her destiny— for better or for worse.

Honestly, conceptually, this book is so fun. It’s like Seconds-lite for a younger crowd. The art is refreshing and the dialogue is modern without falling into the net of being so-edgy-it-will-be-obsolete-next-year or painfully, obviously adult-trying-to-channel-a-teenager. I think this will resonate with middle-schoolers and freshmen in high school, especially the kids struggling to find their footing, the ones who feel like the smallest fish in a comparatively large pond.

However— enthusing over a book’s concept is different from enjoying its execution, and while The Altered History of Willow Sparks sounds like a good time, its execution was poor, and the story began to unspool itself around the halfway mark. First a little, then a lot. Willow’s mystical, utterly life-changing book is hyped-up as a game changer, but we never see any of that. We don’t actually see the things she writes in it, we’re shown a half-baked nightmare that looks like a rejected Seconds panel, and then the results of Willow’s wistful writings (including clear skin, nice clothes, and the affection of a popular boy who would typically only shower her with negative attention). Without readers being immersed directly in the cause and effect of all these abrupt changes— though we know it’s from Willow’s magic book— it feels like a bit of a ripoff. Like gazing at someone else’s swimming pool, but being unable to dive in and experience the water for ourselves.

The history of the books themselves and the consequences for using them foolishly are built up a little, then abruptly dropped. Mr. Ages proves to be potentially interesting, but ultimately all of the characters are plain and one-note. Also, Willow doesn’t deal with the consequences of her actions (outside of a singular, impermanent side effect). Sure, rewriting your life to obliterate zits is passable, but when you rewrite someone’s feelings for you— you should probably have to deal with that. The ending felt rushed, to the point where I was left wondering if there were crucial pages missing. This story spread itself too thin.

As it stands, I cannot recommend The Altered History of Willow Sparks for your shelf. But if you think it’s something you’d love and you want to get yourself a copy, click here.

On The Shelf rating: 2.5 magical library books out of 5

‘It Came From Space and Ate Our Brains’ Review (Xbox One) 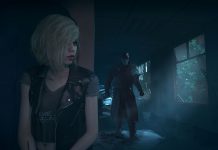