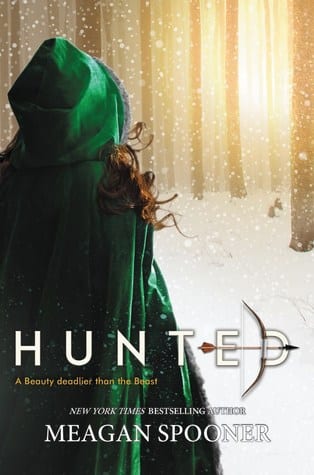 ‘Sup readers? Welcome back to another On The Shelf column, wherein I (your friendly neighbourhood book reviewer) try to spare you the pain of purchasing “blah,” physical books, so you can reserve your shelf-space for stellar reads, and a host of geeky nicknacks instead. Now, of course, this is all opinion-based— many of the books I’ve so far disliked are, in fact, ratings darlings on Goodreads— so far, there’s only been one read I hated enough to get spoilery with, but again, it has an overall favourable rating.

Okay, so, question: who’s excited for Disney’s Beauty and the Beast? Full disclosure: growing up, Belle was my favourite princess (shocker) because she was an unconventional, stubborn bookworm in a tiny, judgemental town in the 1700s. She showed it was okay to be fierce and smart and uncompromising in your belief of what is right. It’s okay to follow your own current instead of going with the flow. It’s okay to be intelligent and different, even though you might get shunned for it. Plus, Belle always treated people with kindness, especially those that society purposefully ostracised. For a kid with a permanent, very visible, physical disability, that was everything.

Basically, Belle was pretty much the reigning Disney Queen in my mind (until Mulan came out in 1998). I’m pumped for the live-action movie, starring Hermione Granger— err, Emma Watson— which of course means that, when a Beauty and the Beast retelling was released earlier this week, it was mandatory that I shove all other books aside and read it.

Meagan Spooner (she wrote the Starbound books with The Illuminae Files author, Aime Kaufman) has revitalized Beauty and the Beast with her standalone retelling, Hunted. The story’s Beauty is an almost-high-society teen named Yeva, who, unlike her sisters, would much rather be hunting in the woods than partaking in civilization. She’s a lady to the baronessa, and gossip, embroidery, and marrying a guy she barely knows isn’t exactly her idea of a good time (I feel you). But if you plop her in the woods and stick a bow and arrow in her hands, she’s good to go.

Yeva’s father, a merchant who gave up his own love of the hunt for the love of Yeva’s mother, loses their fortune on an idealistic trade venture, and soon Yeva gets her wish— there will be no more insufferable afternoons with the baronessa, as she and her family leave their life of luxury and instead, seek refuge in her father’s old hunting cabin. He wants to make enough money to ensure his daughters can reenter society, find rich husbands and generally live the good life (without worrying about catching their own food). But soon, Yeva’s father— once the most skilled hunter in the country— becomes convinced that a beast lurks in the forest, and is watching him, playing with him, torturing him. When he goes missing, Yeva (who was told to leave hunting in her past and embrace becoming a societally-acceptable, marriageable young lady instead) sets out to find him, convinced his delusions led him too deep into the heart of the forest. But of course, as it turns out, her father wasn’t delusional: there’s actually, definitely a Beast in the woods (and it definitely played mind-games with him on purpose). A Beast that won’t let Yeva leave— it’s a tale as old as time, with a few life-or-death twists.

I thought for sure that I would devour this. But it actually takes some getting into; it’s a slow-burn fantasy, with more quiet, plodding moments than action-packed scenes. Beauty and Beast’s relationship is a slow-burn rooted in friendship, in the exchange of stories and ideas.

I think this was done really well— I’m not overly-familiar with Russian fairy tales, but they are consistently (and cleverly) weaved throughout the book, making it just that much more magical. I adored Yeva’s bond with her sisters, and found that most of people’s underlying criticisms with the original tale (“Stockholm syndrome!” “Beastiality!” “Beast is an abuser!”) were addressed and dealt with. Spooner didn’t shy away from topics that usually get glossed over, or shoved under the rug.

Something else I really enjoyed: Beast was actually a beast. In a lot of the modern retellings (including an upcoming On The Shelf subject), the “Beast” is just a disfigured dude who has been ostracised from society because his formerly-handsome face was distorted in some way. Hunted provides us a fanged, clawed, hairy animal who could star as the stuff of nightmares.

As far as Beauty and the Beast retellings go, this was absolutely a treat to read. The one issue I had was minor, and far more reflective of my expectations than of Spooner’s magnificent work. Everyone is familiar with Katniss Everdeen, the kick-butt, unpersonable, self-reliant protagonist of The Hunger Games trilogy. Throughout Hunted, I actually found myself struggling to like Yeva, because there were times she came off as Katniss Everdeen-y, but unbelievably so— Katniss doesn’t care if you don’t like her, she knows you probably won’t. That’s (one of the reasons) why she’s amazing. But that didn’t work on Yeva. There were also times I wanted to roll my eyes, because there was something about her— and I don’t know what it was— that could switch from “okay,” to “unlikeable,” in the span of a few sentences. Like, she’s that girl at school who does the “humble-brag” (“I’m nothing special, but also, I totally am, and here’s a subtly-given list of reasons why!”) Like she’s absolutely aware that she is the star of her own novel, or something. But I suspect that is because I went into this book expecting a certain kind of “Beauty,” instead of the one Spooner bravely laid out on the page. I recognize my hang-up with Yeva as a personal one (and honestly, I do plan to reread this book sometime in the future. Maybe, upon rereading, with no expectations attached, I’ll grow to like Yeva more). Don’t get me wrong: there are absolutely things to like about her (her unyielding thirst for vengeance, for one), and I seem to be the only person who feels this way about Yeva, which is a sure indication that if you pick up this book, you’ll probably love her.

All things considered, I can definitely, absolutely recommend Meagan Spooner’s Hunted a place on the shelf. 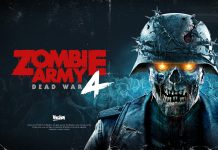 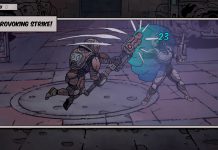 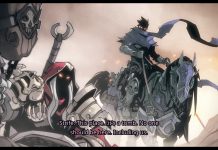 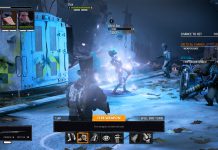 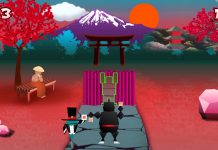 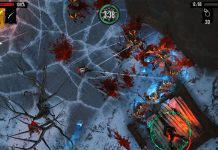