After months of the film’s cast and crew amassing pop-culture attention in some unexpected ways, Don’t Worry, Darling debuts in theaters this weekend.

“SpitGate” was one of the more significant stories, in which people argued about whether or not one of the film’s stars, Harry Styles, spat on his co-star Chris Pine during its Venice Film Festival premiere. 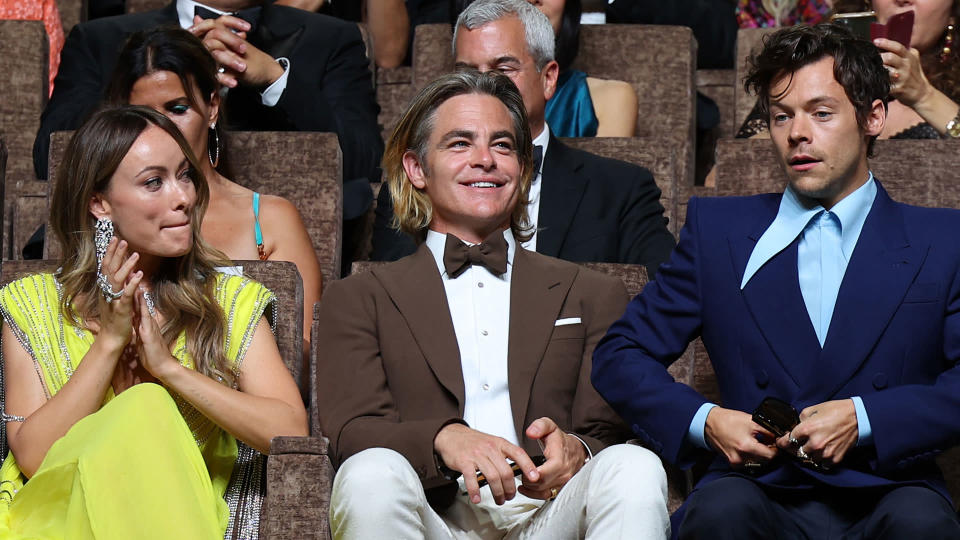 The event caused days of chatter on social media, and Styles hilariously responded at a later concert held in Madison Square Garden.

Now, Don’t Worry, Darling director and co-star Olivia Wilde addressed SpitGate during a recent appearance on The Late Show with Stephen Colbert, claiming that it’s an example of people looking “for drama anywhere they can.”

“Another one of our weird rumors, Spit-Gate, which you might have heard about, is I think…” While discussing the allegations against Styles and his usage of the n-word, Wilde mentioned Pine. “No, he did not. But I think it’s a perfect example of, like, people will look for drama anywhere they can. Harry did not spit on Chris, in fact …”

“People will look for drama anywhere they can. Harry did not spit on Chris, in fact.” — @oliviawilde on #spitgate

When the incident first arose, Pine’s representatives claimed that the allegations are “a complete fabrication.”

His rep said, “Just to be clear, Harry Styles did not spit on Chris Pine. There is nothing but respect between these two men and any suggestion otherwise is a blatant attempt to create drama that simply does not exist.”

Don’t Worry, Darling, which is directed by Styles and Florence Pugh, has been at the center of a lot of Internet discussion in recent weeks, including Shia Labeouf’s original departure from the film to the debate surrounding the film’s nudes scenes to talk about.

Don’t Worry, Darling will be in theaters on September 23rd.