Nope, this isn’t an episode of Drake and Josh, but it is 2020! In one of the stranger stories you’ll hear… and yes, we know, it’s 2020 and there’s been some weird ones… Drake Bell has changed his name and moved to Mexico.  We’re not kidding.

While his social media handles remain @drakebell at the moment, his display names on both Twitter and Instagram do not. And all of his recent photos on IG? Well, they almost exclusively promote his new music — most of which is in Spanish. Of course, fans on Twitter are shocked that Bell has seemingly decided to pack it up, move to another country, and give his music career another shot. However, he’s actually been posting about Mexico on Instagram for roughly a year now.

In addition to sharing memes about leaving the United States behind for our southern neighbor, Bell shared what appeared to be his Mexican ID on the photo-sharing app last November. The document shows his photo, his correct birthday, and his month and year of registration, which seems to be May 2019.

So, if this teaches you anything today, don’t be afraid to take on a new identity, ethnicity, and pick up and move to a new country.  It is 2020 after all!

What do you think about Drake? Check out Drake’s posts below and some of the reaction on social media, along with Drake’s music! 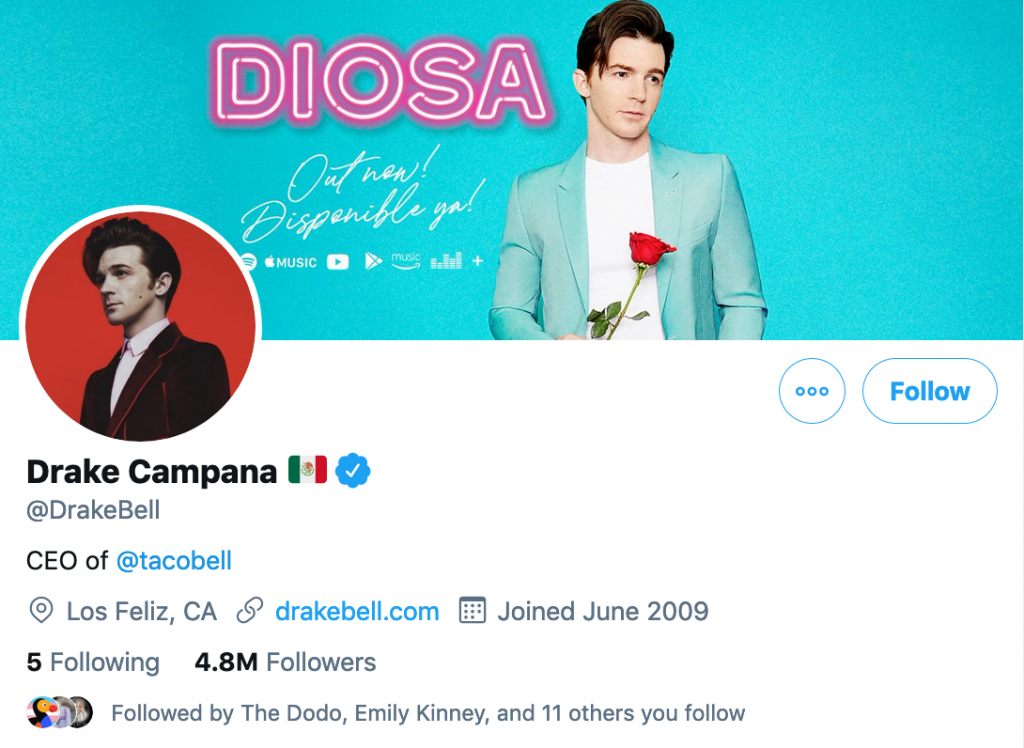 1. drake bell isn’t the most loved person in the US lol

2. sorry i don’t have my campana notifications on for drake fucking bell lmaoooooo

Drake Bell moved to Mexico and is a Spanish singer now? pic.twitter.com/ml1XvNftjJ